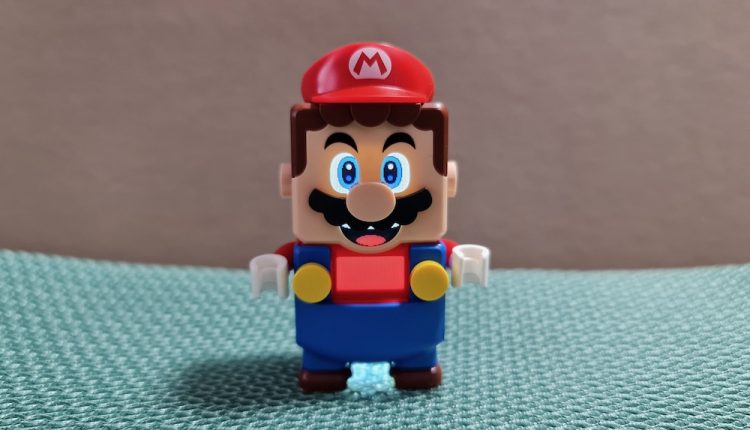 Who doesn’t love Lego? But when it’s combined with Nintendo’s Super Mario it’s a home run. The new Adventures with Mario Lego Starter Course brings the beloved plumber to the real world in a fun and interactive game.

The Lego set works with the Lego Super Mario app which not only provides building instructions but it can also offers enhanced play and suggestions for other ways to play.

Everything we love about Lego and Super Mario are beautifully combined to create a game that can be played solo or in a group. 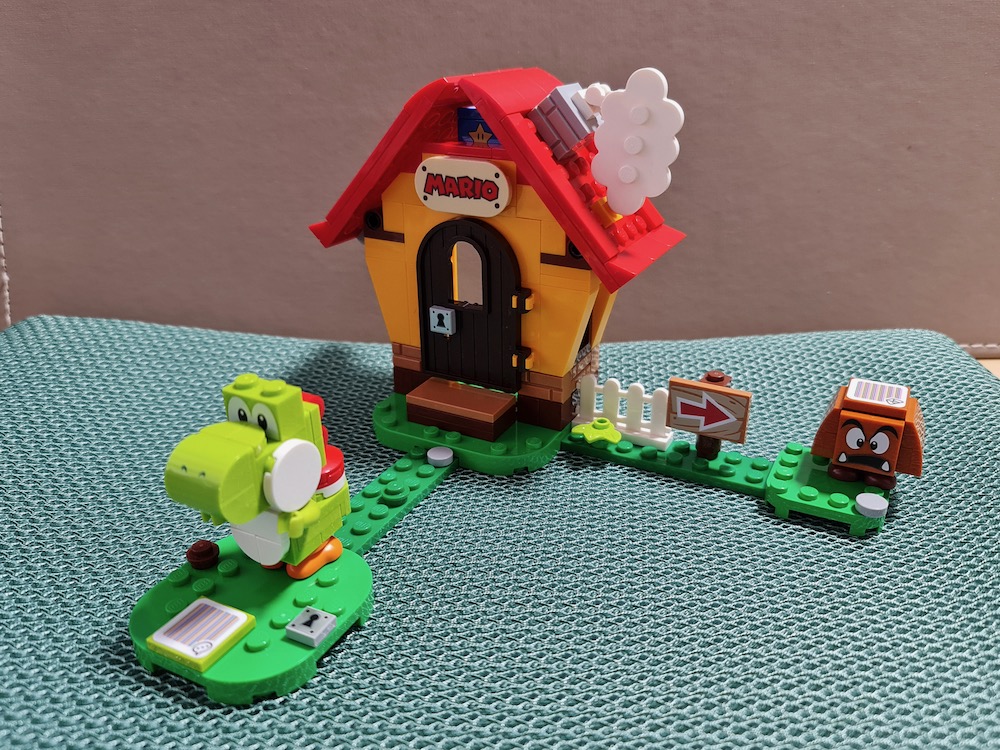 And it all starts off with Lego Mario which has a motion sensor and a built-in speaker which play the sounds you know and love from the iconic video games.

Mario also has small LCD screens so he has expressive eyes as well as screen in his mouth and belly to display more than 100 reactions to movements.

Lego Mario also has Bluetooth onboard so you can pair it to the app on your smartphone or tablet. He is powered by two AAA batteries. 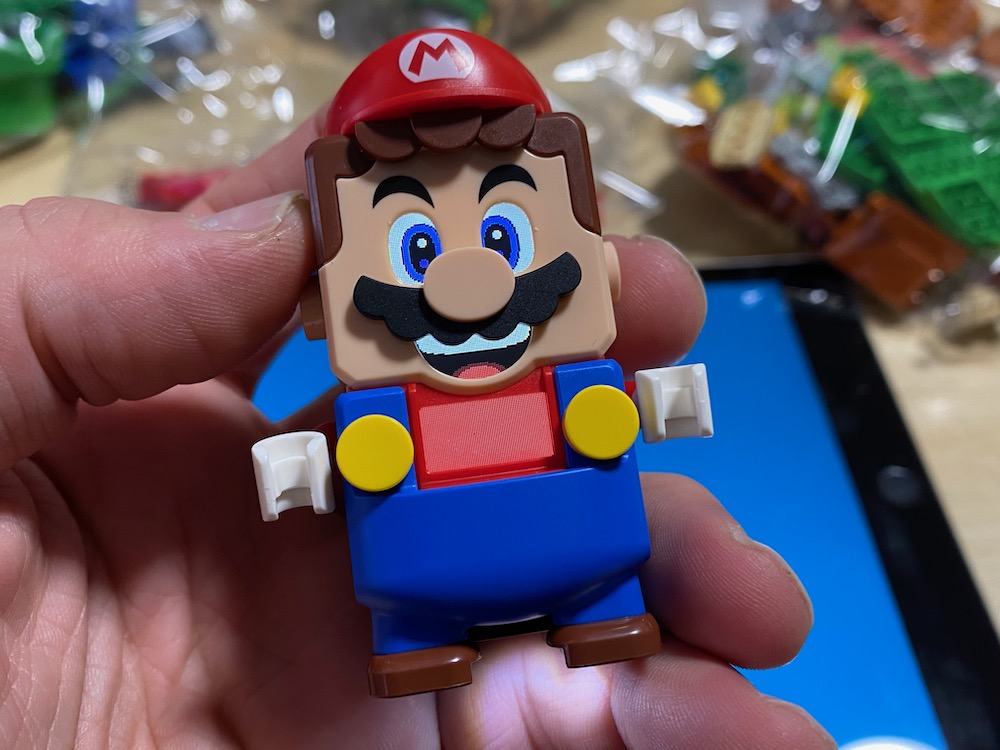 The object of the game is still the same – you need to collect coins and get around the course which you build.

You’ll find the start pipe, the goal pole, cloud platform and the ? block that are all made of custom Lego bricks.

There are 231 Lego pieces in the Super Mario Lego Starter Pack, designed for players aged six and older.

And the beauty of Lego is being able to rebuild the course and change the order of the obstacles. 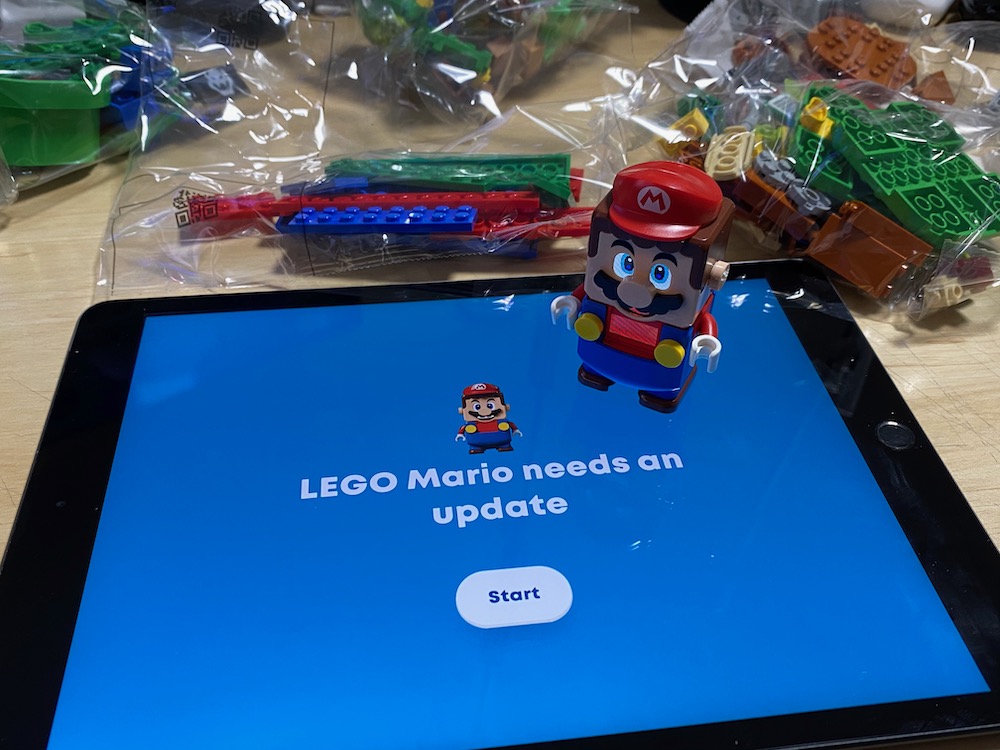 Naturally there are several other expansion packs which features well know characters from the Super Mario universe along with clever and fun obstacles and constructions that are not only fun to build but also just as much fun to play.

You’ll see some blocks with barcodes that are placed within the obstacles, buildings and pipes. These are the points that allow the Lego Mario to interact with that particular obstacle and collect his coins.

The Lego Super Mario app is also a masterful addition to the equation as well so it helps tick all the boxes for building, playing and interactivity. 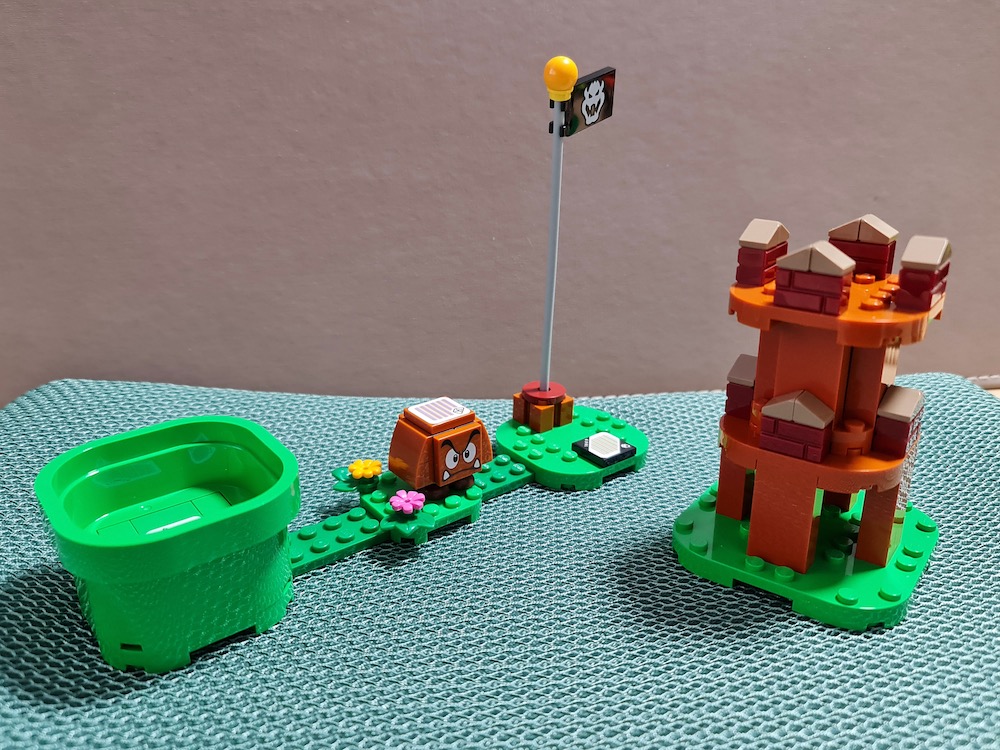 If you’re a fan of Mario and Lego then this will be a product that will keep on giving.

Even if you’re into Mario and not a huge Lego fan, then the Adventures with Mario Starter Course will make you a fan.

And also vice versa, if you’re into Lego and want to experience that passion in a different way while enter the delightful universe of Super Mario then this is a great way of doing just that.

With the starters packs and expansion packs you can truly create your own Super Mario world that you can touch and feel and play. 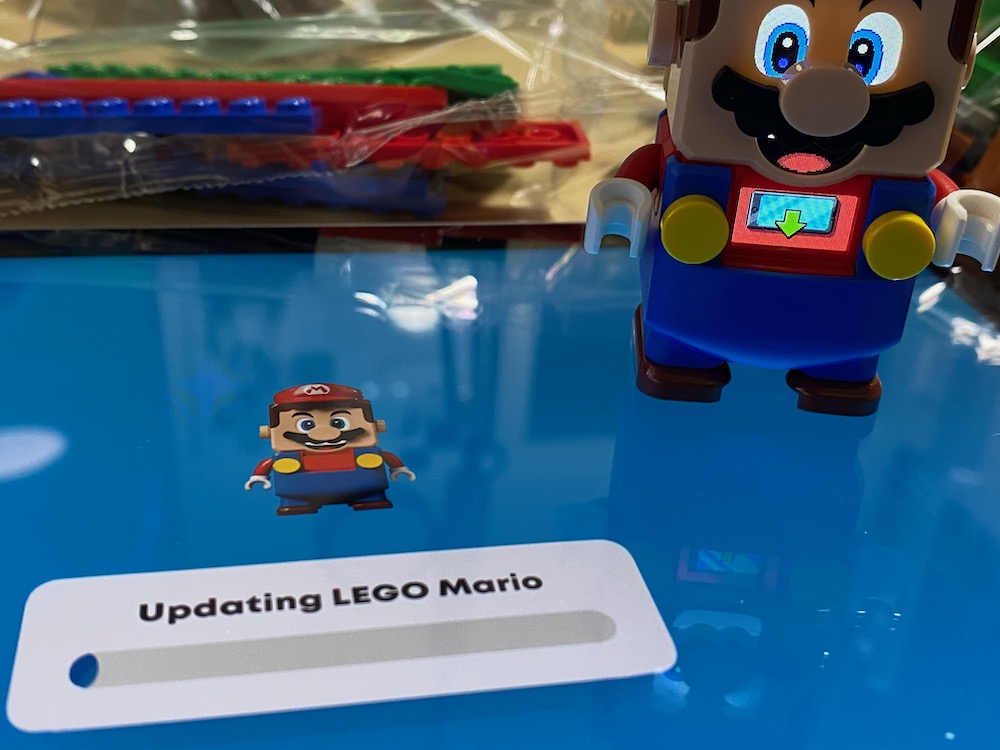 The Adventures with Mario Starter Course is available now and priced at $89.95.

Character packs are also available for $5.99 each.