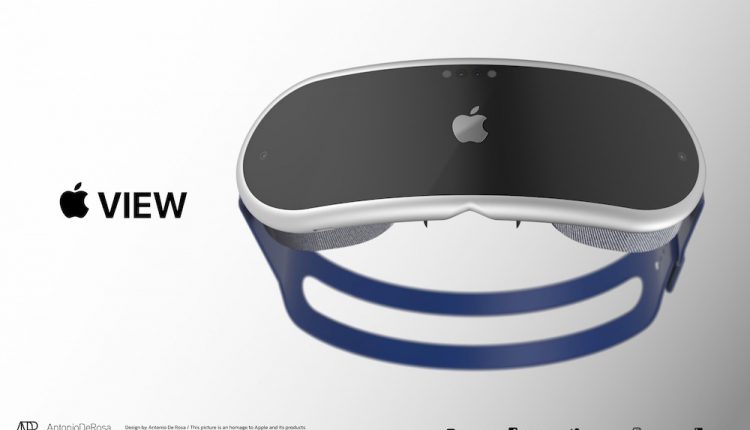 In the latest from the Apple rumour files the company is said to be working on a mixed reality headset called Apple View that would place the user into a virtual 3D environment.

3D renders of the product by designer Antonio De Rosa have surfaced based on recent reports and patent filings that provide the first photorealistic look at the rumoured new device. 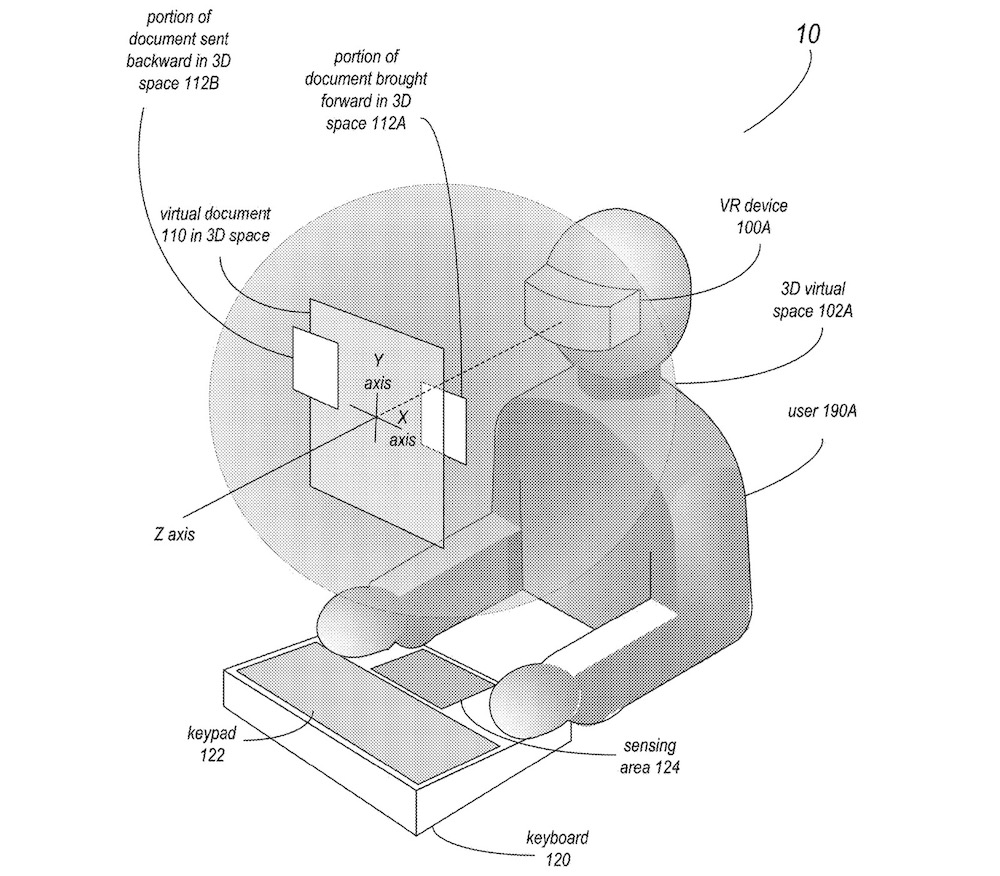 The renders show a visor which follows the curve of a user’s face and an adjustable band that has similarities to the Apple Watch band design and the AirPods Max headphone head band.

The band is said to contain a speaker but reports suggest the product would be compatible with the AirPods Pro and the AirPods Max. 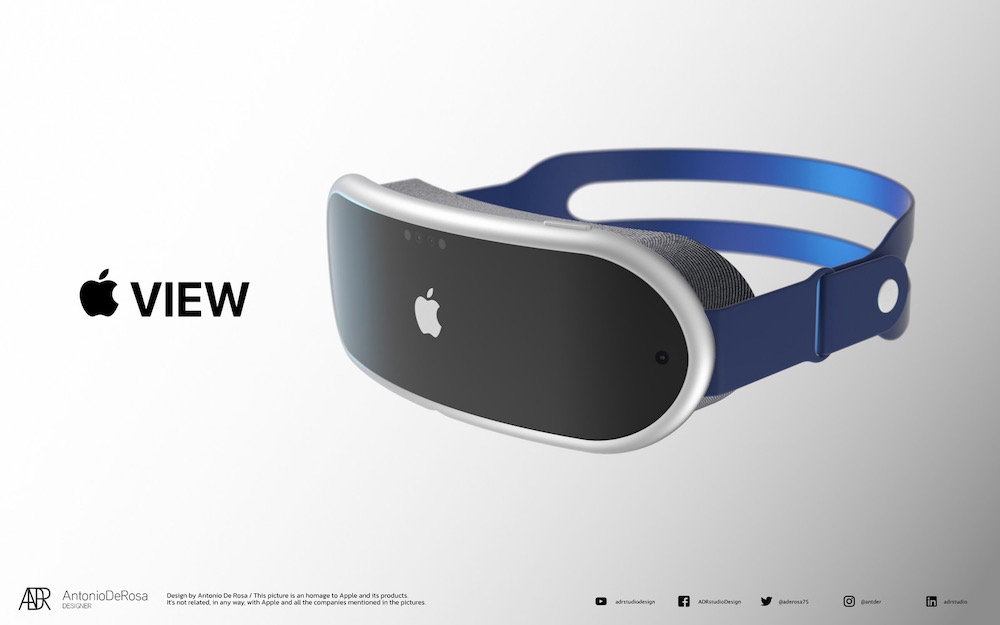 There are claims that the Apple headset has more than a dozen cameras to track user and hand movements. 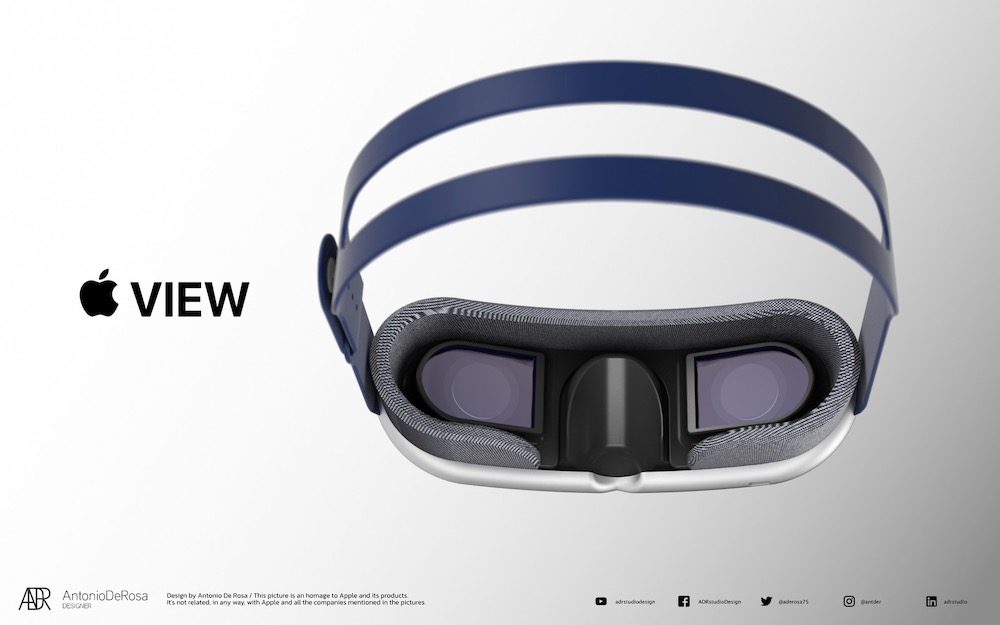 It will also be able to pass video of the real world through the visor to the user so they would be able to see their environment for the mixed reality effect of the experience or game.

It is also said Apple View will have the same LiDAR scanners as found on the most recent iPad Pro and the iPhone 12 Pro. 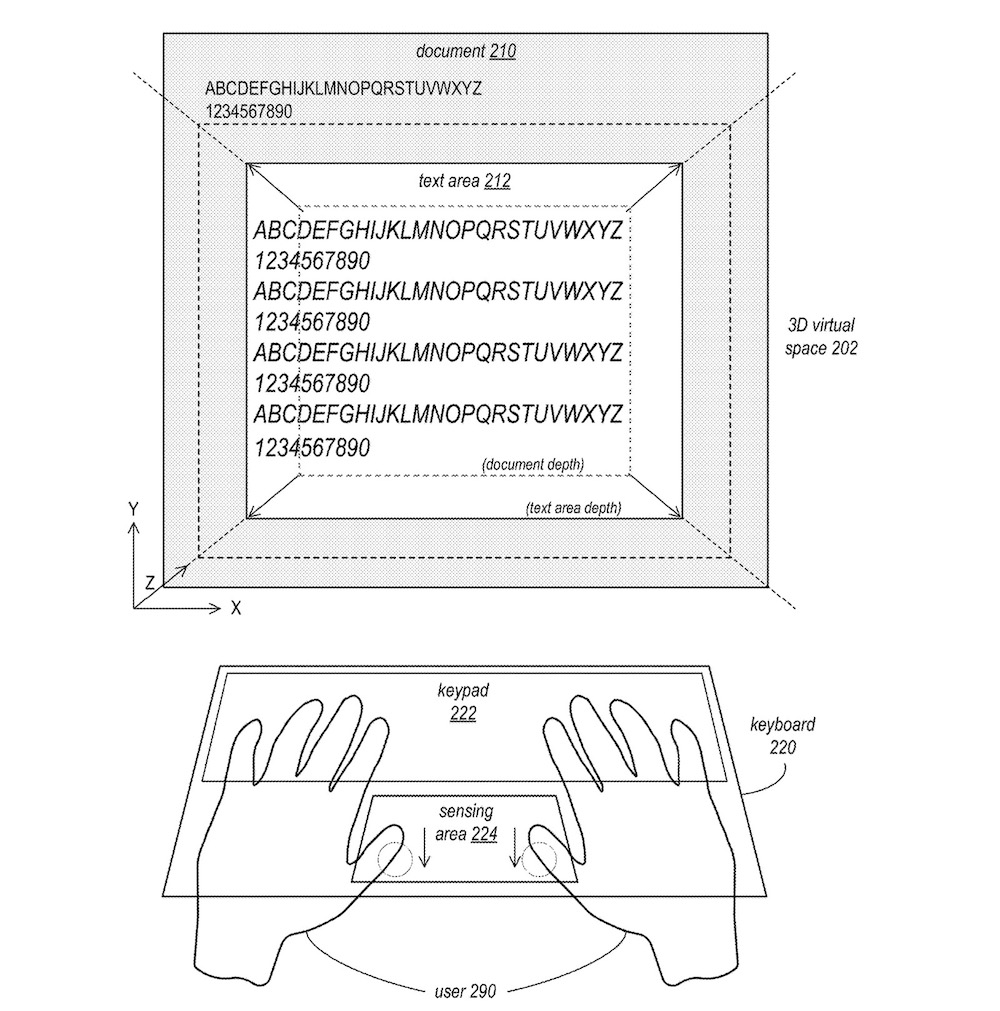 The patent filing, obtained by Mac Rumours, described a 3D Document Editing System and had an image of a person using a keyboard so the headset could also be used as a virtual monitor.

Inside the visor are reportedly two 8K displays with eye-tracking technology. 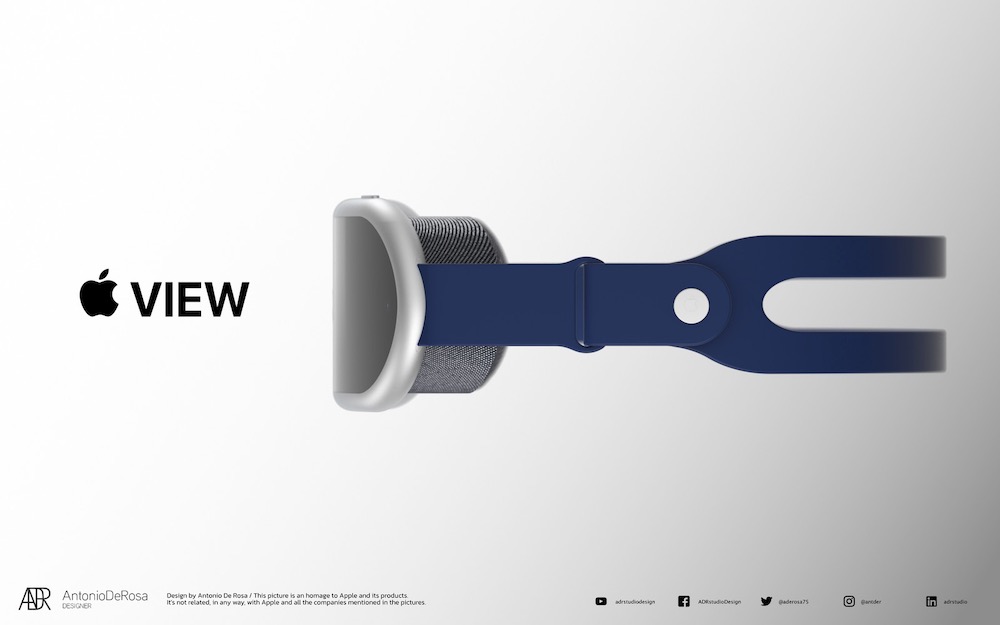 Analysts have predicted Apple will reveal the headset later this year.

No word on pricing yet but Apple View could well be priced at more than $2,000.