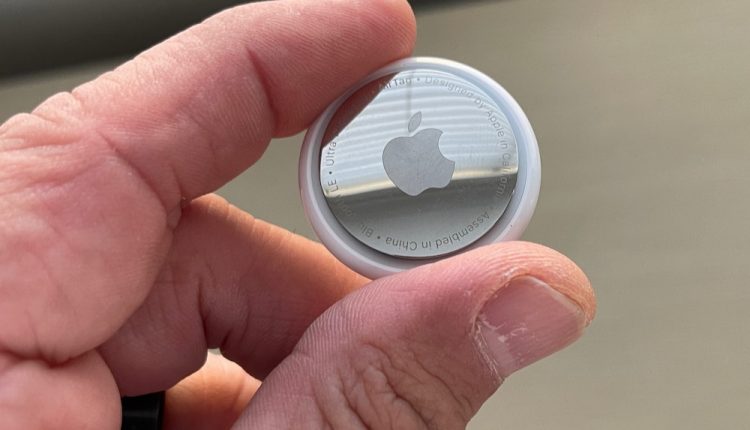 We’ve taken our first look at Apple’s new AirTag – a button size device that will allow you to find and track your items – after it was announced at the Apple Spring Loaded event.

There had been rumours for years about AirTag and we’ve finally got them in our hands.

The AirTag is about the size of an Australian 50 cent coin and has a white front face and a silver rear panel with the Apple logo on it.

We received the four-pack for our first look.

Each of the AirTags are wrapped in plastic when you take them out of the packaging.

Unwrapping them includes removing a plastic tag that sits between the internal battery and the AirTag. 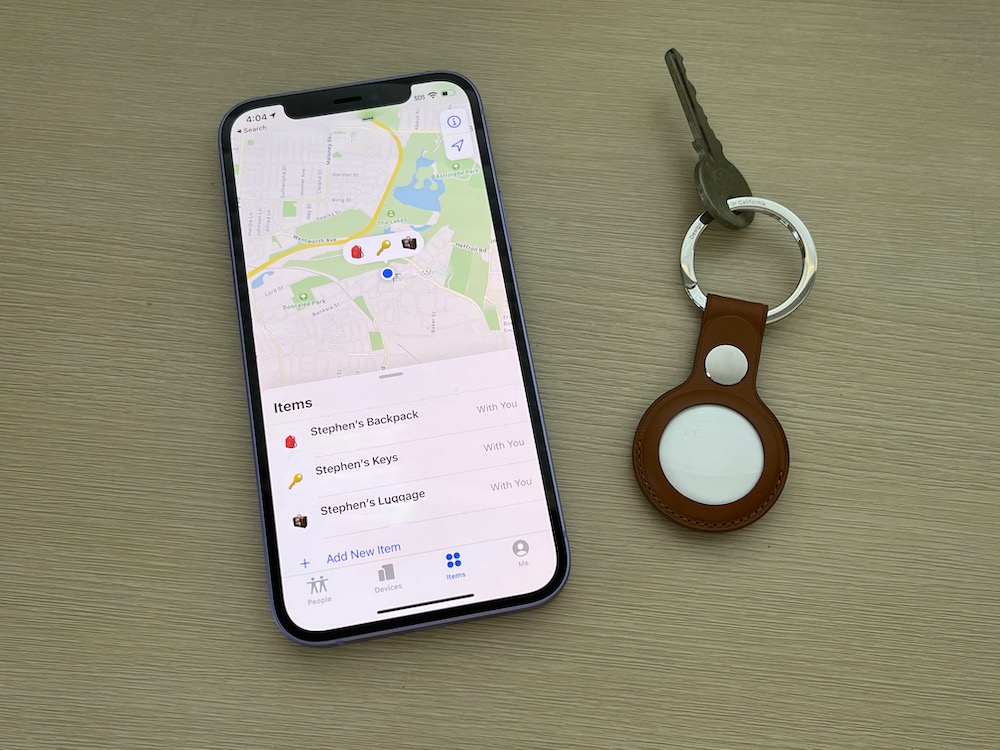 Once you do this you hear a little chime to confirm the AirTag is now active.

The next step is to pair it to your phone.

You do this by holding the AirTag next to your iPhone (that need to be running iOS 14.5 which will be released next week) and then you’ll see the AirTag appear on the screen. 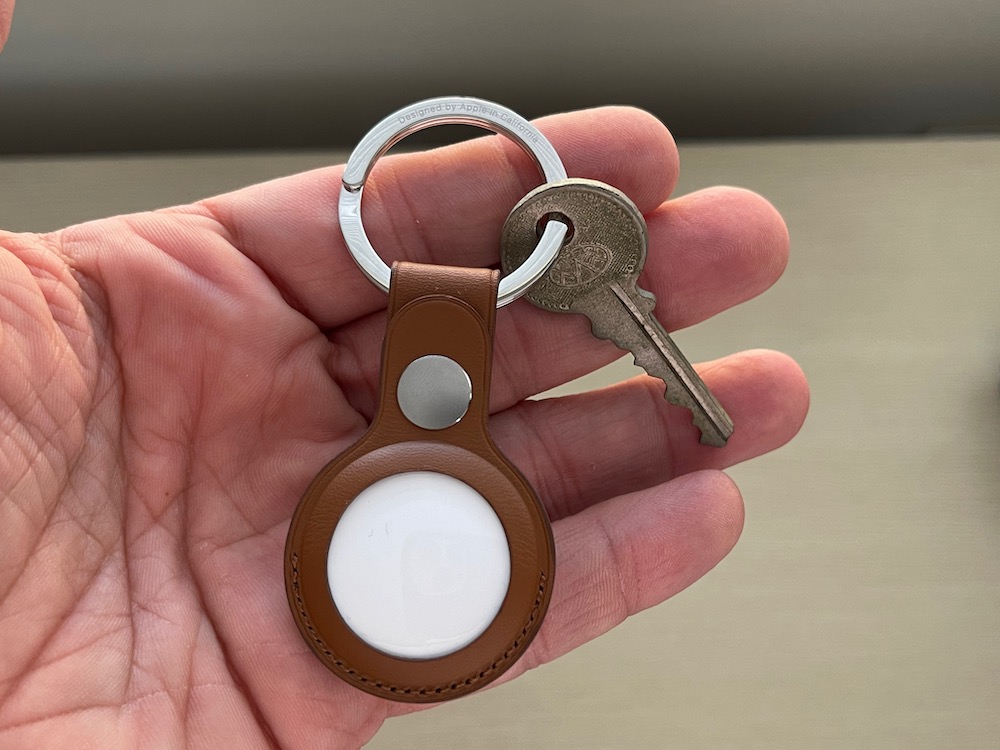 From here you can then name the AirTag based on what it be connected to like keys, bag, backpack, luggage or you can create a custom name.

Once registered it will now appear on the map in the FindMy app on your iOS device.

The AirTag can be placed as it is inside a bag or purse or wallet but if you’d like to attach it to your keys or your bag or luggage then you’ll need to purchase either an AirTag Keyring or an AirTag Loop. 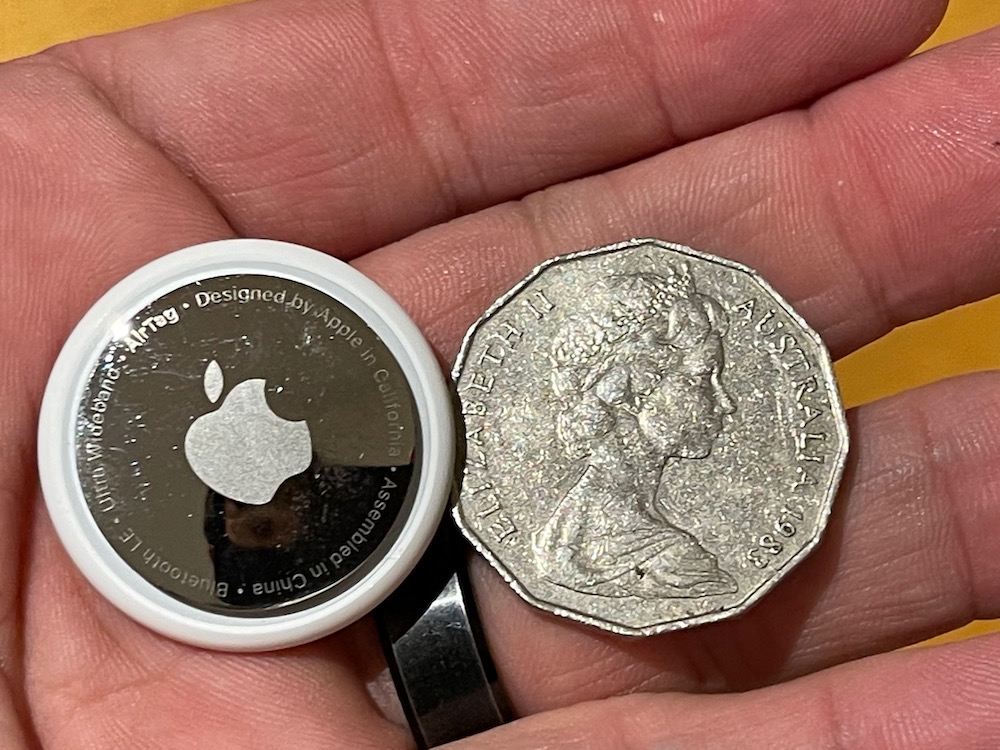 The AirTag Keyring has a sleeve for the AirTag to fit perfectly onboard while with the white front and silver rear panel clearly visible.

Now you can loop them to your car keys, house keys or anything that you can link to the keyring.

The AirTag Loop works in the same way but it is longer and, as its name suggests, you loop it through the hole at the other end after fitting the AirTag inside so it can be attached like a luggage tag or attached to a bag handle. 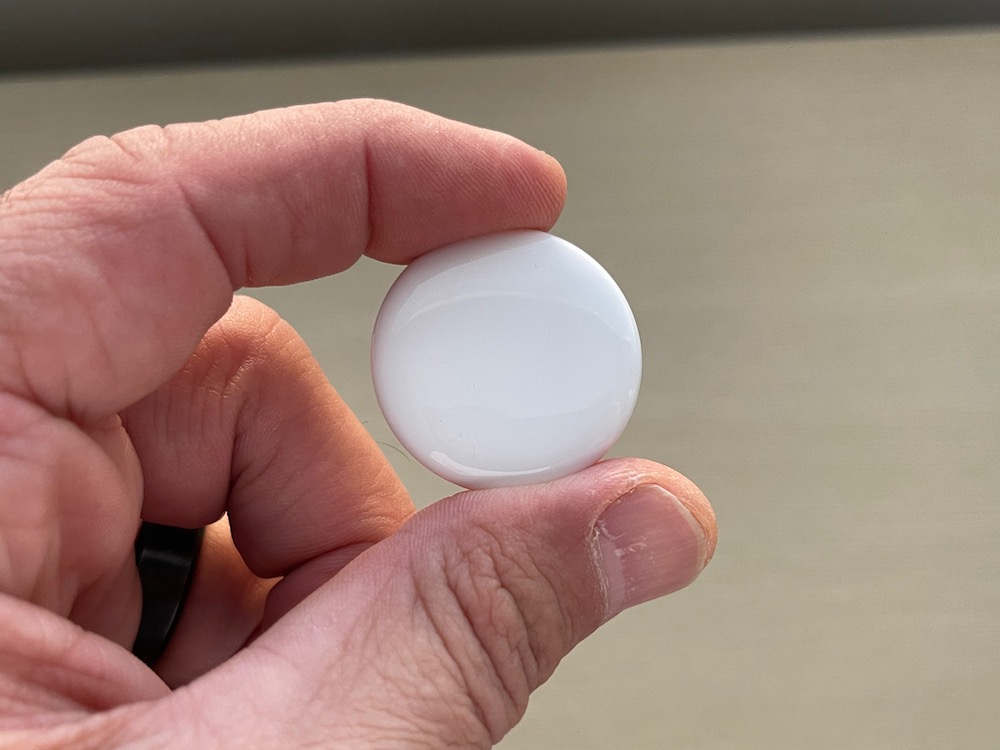 AirTags work on the FindMy network which is formed by the billions of iOS devices that are out in the world.

These devices anonymously ping the AirTags to provide you with their location.

Think of all the iOS devices like little mobile phone towers which can accurately show you the position of each AirTag on the map in the FindMy app.

One of the handiest uses of AirTag is find things like your keys in your own home.

There’s nothing more frustrating than not being able to locate your keys – especially when you’re in a hurry. 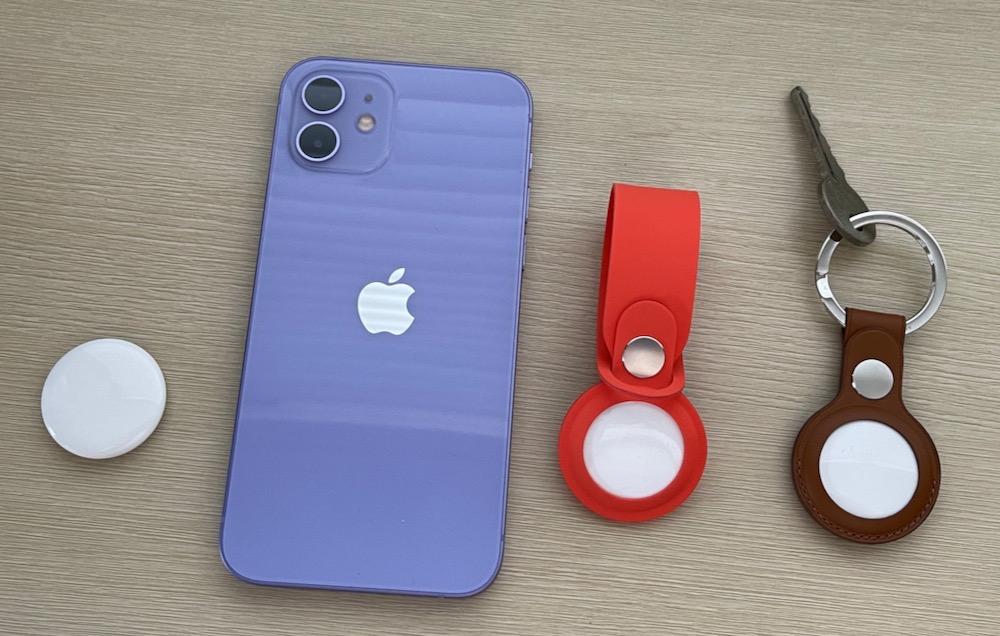 Now with AirTag you can use the FindMy app and hit the Find key which should say “nearby” just below it.

Now your iPhone screen turns into a tracker and shows how far you are away from the AirTag.

As you get warmer you see the distance reduce and when you get even closer it even displays an arrow to direct you to the precise location.

When you are right on top of it you can feel the iPhone vibrate in your hand. This is called Precision Finding and it will only work with ultra-wide band compatible iPhones – the iPhone 11 and iPhone 12.

Another way to find the AirTag in your home is by playing a sound through the tiny speaker onboard the AirTag that is loud enough to hear even a distance. 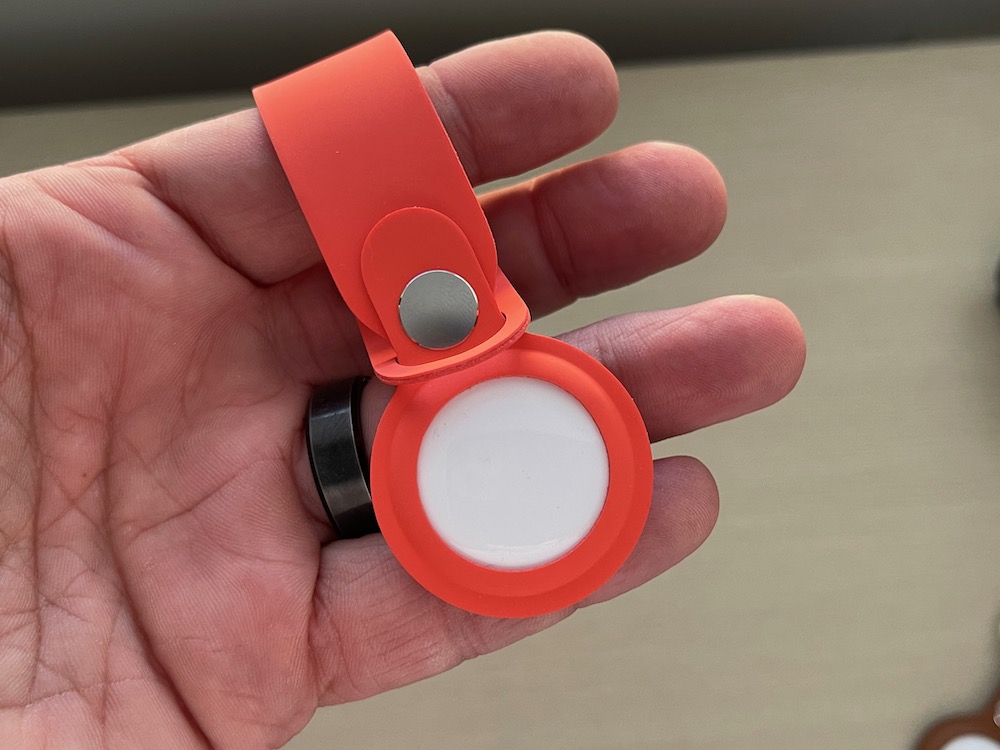 If you need to locate your item outside your home the AirTag’s last know location will show up on a map.

It’s possible to mark your item as lost through the FindMy app so if it is found, the person can tap the AirTag like making a payment and see your name and phone number to return it to you.

The FindMe app will also tell you if there is an AirTag near you if you are close to that AirTag for an extended period.

For example, if someone slipped an AirTag in your backpack without you knowing, you will receive an alert that the same AirTag has been near you for an extended period.

Everyone is naturally comparing the AirTag with the Tile product which basically works off the same principal.

But the most popular Tile has a small hole in it so you can slip it on your keyring and other Tiles have a sticky back so you can attach them to your belongings like cameras and bikes.

Unless you’re slipping it into a pocket of your bag or inside your luggage you need to by either Apple’s AirTag keyring or loop or one of Belkin’s Secure Holders.

The AirTag is powered by a small watch battery that will run for more than a year and be easily replaced when you need a new one.

Apple’s Leather Keyring and Leather Loop AirTag accessories are priced at $55 and $59 respectively and the polyurethane Loop is priced at $45.

AirTag goes on sale on April 30.