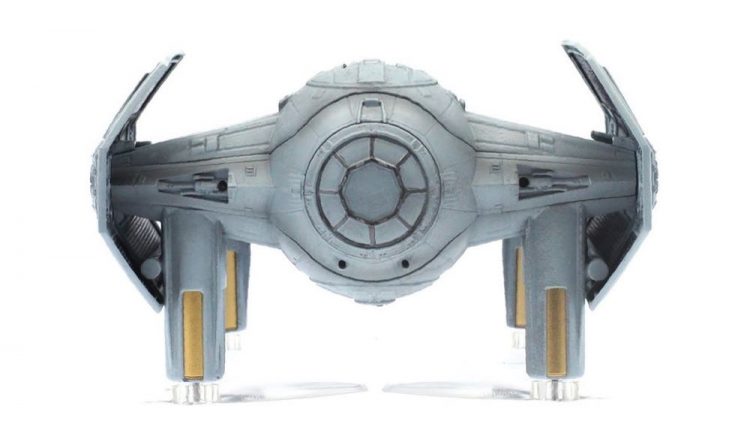 All Star Wars fans love watching the dogfights between the iconic ships in the film. Well how would you like to create your own aerial combat? You can with the new Star Wars Battle Drones from Propel.

There are three models – a TIE Advanced X1, a T-65 X-Wing fighter and a 74-Z Speeder Bike – that are quite detailed and painted by hand like a model.

The only difference is it has four propellers and its ability to fly at up to 58km/h with a range of 60m.

The drones have clear blades so they look invisible while they’re flying.

Also onboard is a reverse propulsion system that creates a nimble flight system so they can zip around and perform flips.

Each drone will fly for about 8 minutes and the battery can be recharged in 14 minutes. Each drone comes with two batteries so you can have one on charge when you’re flying and swap them when you run out of power.

These Star Wars Battle Drones come with a dedicated remote control that comes in either black or white – black for the Empire and white for the Rebels. The X-Wing comes with the white Rebel remote – the other two are affiliated with the Empire.

Even when you’re flying the drone you will hear music, sound effects and even lines out of the movies coming through the speaker in the remote control. 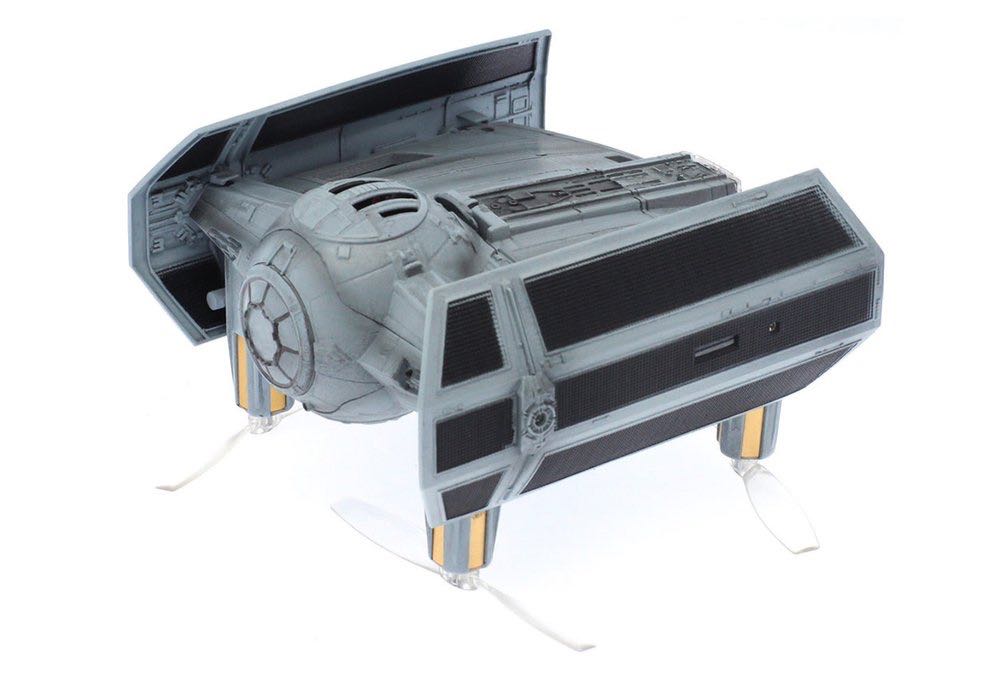 And like the ships in the Star Wars movies, these ships are also equipped with lasers so you can do battle with all your friends. 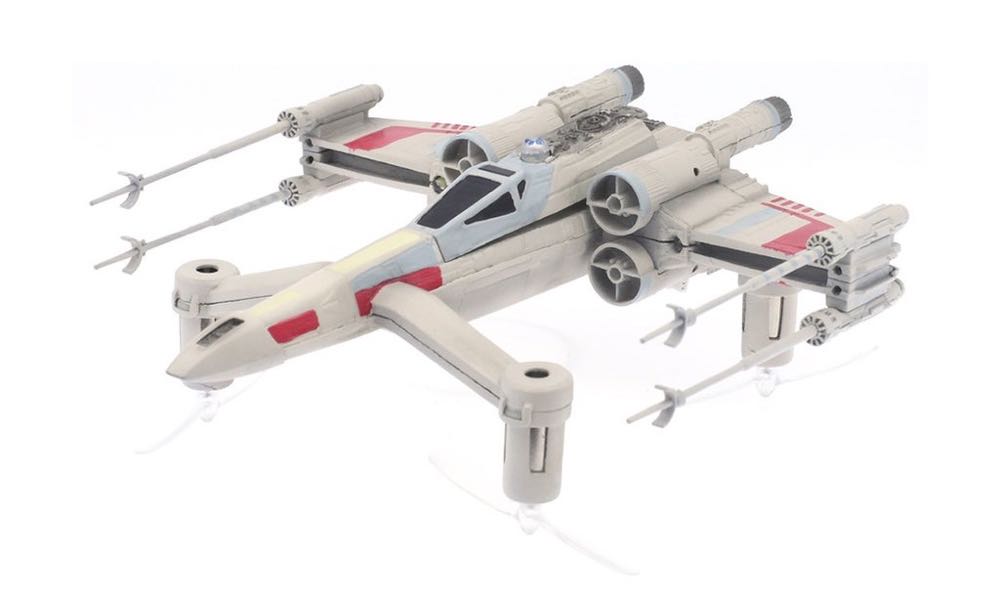 You can battle with up to 24 Star Wars Battle Drones at the same time. 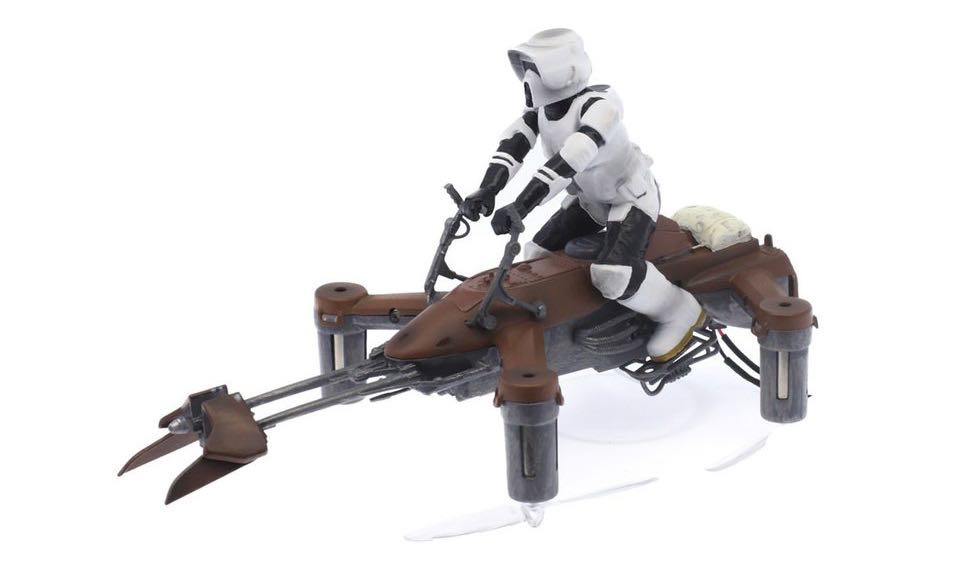 If you’re ship is struck by a laser, it will shake and slow down for a few seconds before getting back to full speed again.

But your geek meter will go into overload when you open the collector’s edition packaging that lights up and plays Star Wars music every time. 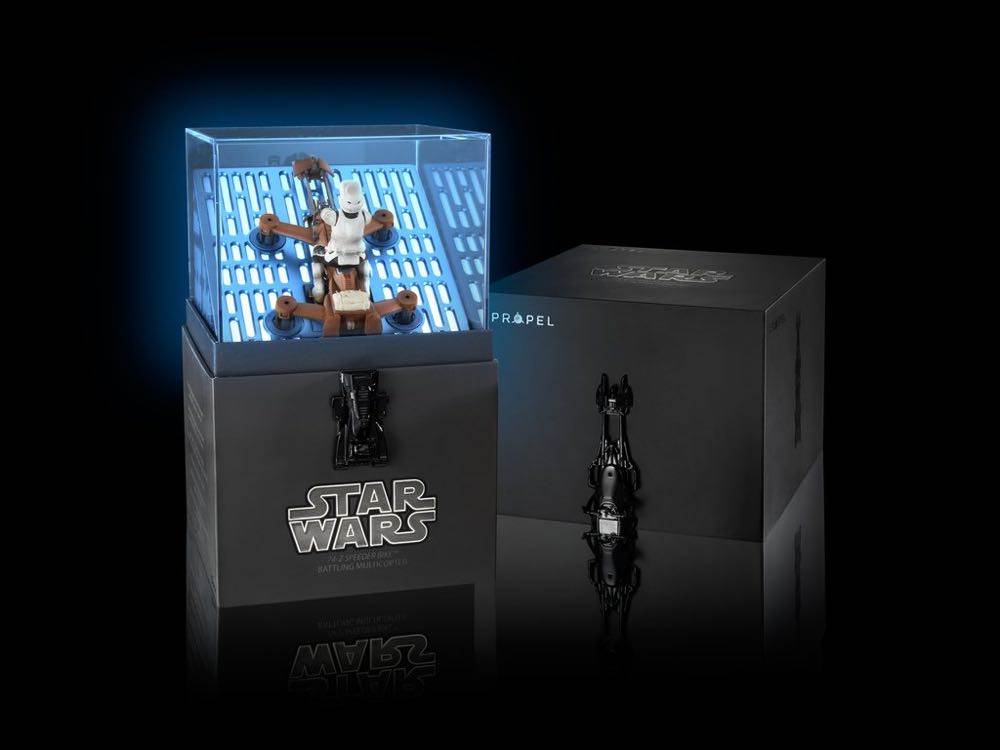 The Star Wars Battle Drones are available now in the US for $US199.99 and will be released worldwide in May.

By them there might also be an additional ship added to the collection – the Millennium Falcon.

The Force is very strong with them. 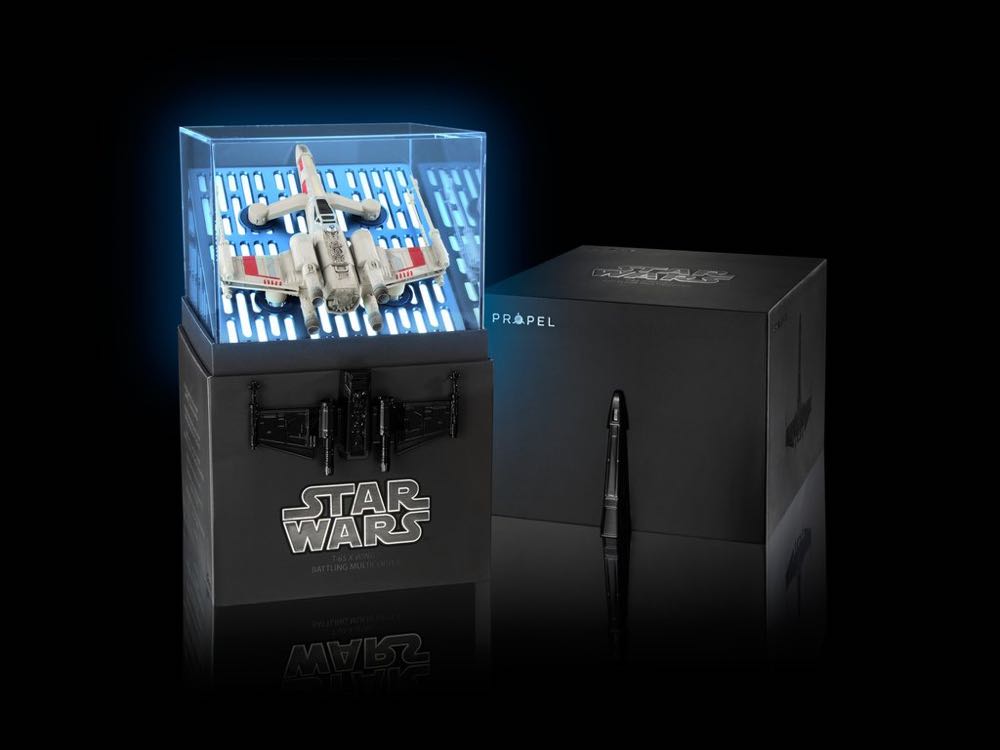 Tech Guide saw them at the Consumer Electronics Show in Las Vegas and, as mega Star Wars fans, we couldn’t have wanted to buy them faster if we were under the influence of a Jedi mind trick.