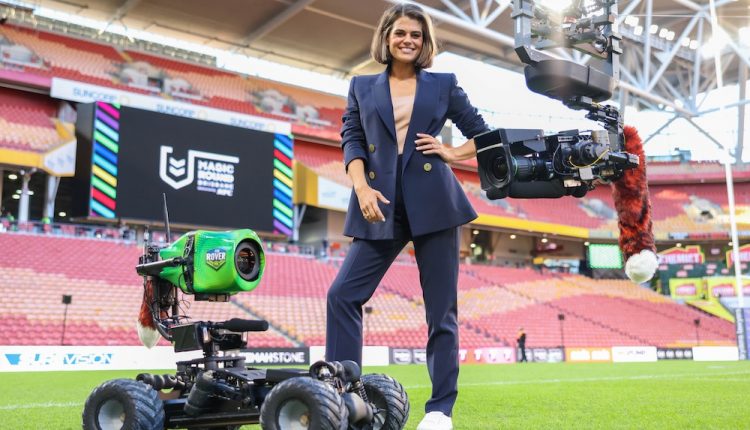 When you’re watching the excellent Fox League coverage of the NRL matches in stunning 4K UHD you don’t realise how much work and how much technology goes into providing the experience to brings fans closer to the game than ever before.

Tech Guide went behind the scenes at Suncorp Stadium in Brisbane which was hosting Magic Round where every NRL match of the round is played at the stunning venue.

Fox League were set to broadcast five of the eight games in 4K UHD which is provided through a network of 24 cameras positioned on the ground, on wheels, in the stands and above the field.

The signals are beamed back to a broadcast truck under the stadium before being beamed out to league fans.

Fox League covers every second of the action in 4K UHD which had four times the resolution of HD and can be enjoyed by Foxtel subscribers with an iQ4 set-top box.

Three of the cameras used in the coverage – the Flying Fox, Fox Rover and the Fox Hero Cam – were developed for Fox League and are used exclusively for their remarkable coverage. 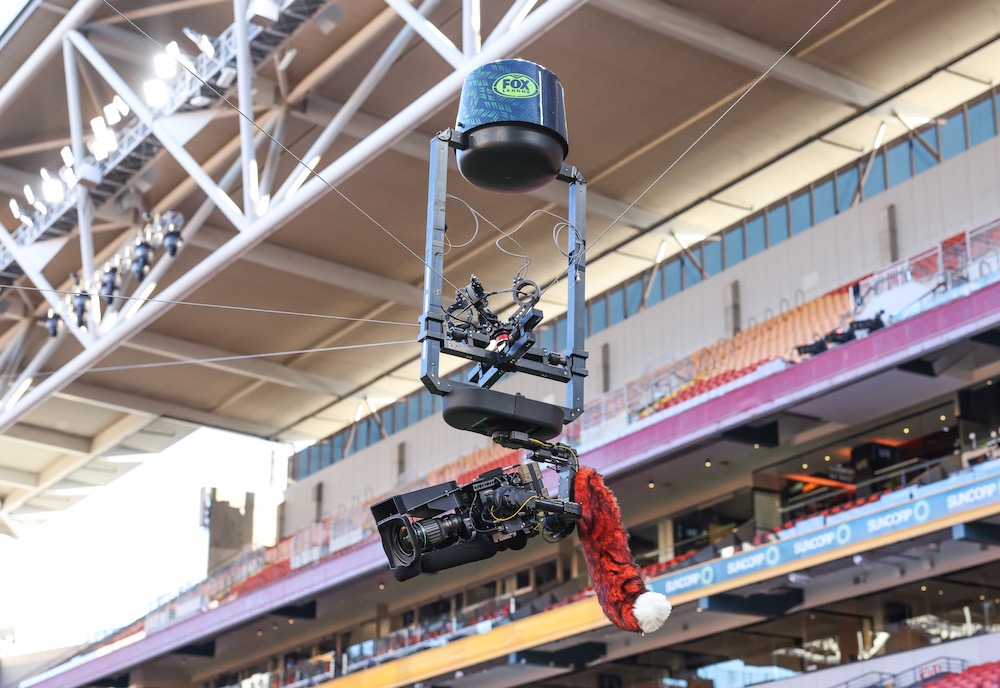 Suspended by cables running from each corner of the stadium roof on four pullies, the Flying Fox hovers above the field to provide a bird’s eye view of the action.

The system suspends the 4K camera above the action and can be moved above any point of the field in seconds and also follow the action.

There are two people manning the Flying Fox – one controlling pulley system to move the camera to the right position and a separate camera operator who keep the 4K lens trained on the action. 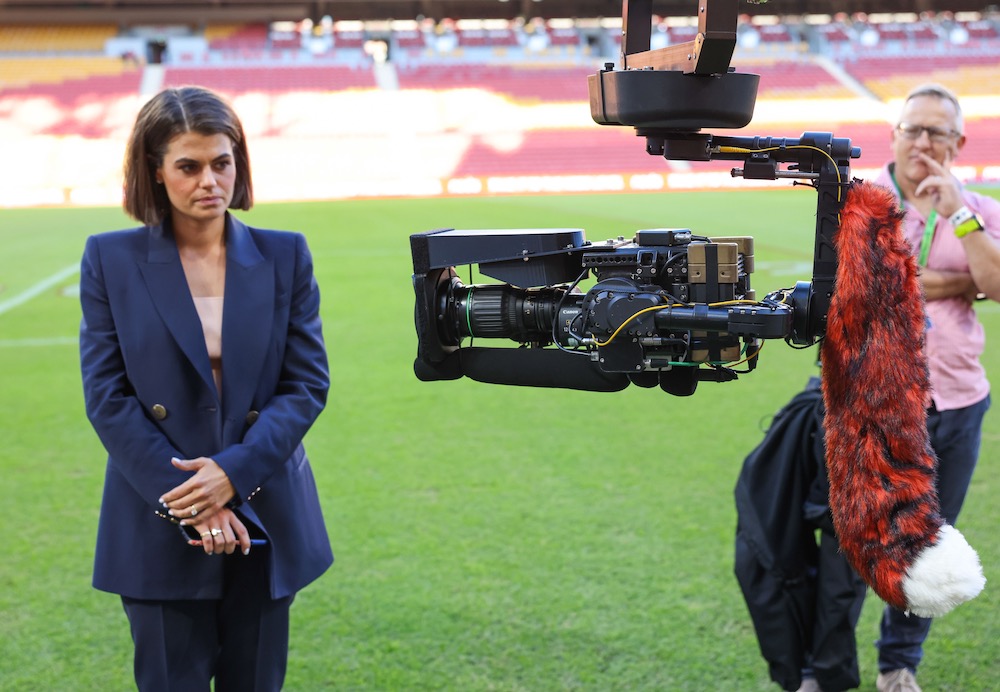 It also has a sophisticated gimbal to ensure the video is smooth no matter how fast it is moving.

Flying Fox is capable reaching speeds of about 38km/h – about the same speed at NRL speedster Josh Ado-Carr so it can hover above him as he races downfield.

A new feature of Flying Fox will be the ability for it to come down almost to ground level for player interviews.

There is a microphone attached to the camera as well to pick up the player’s voice. 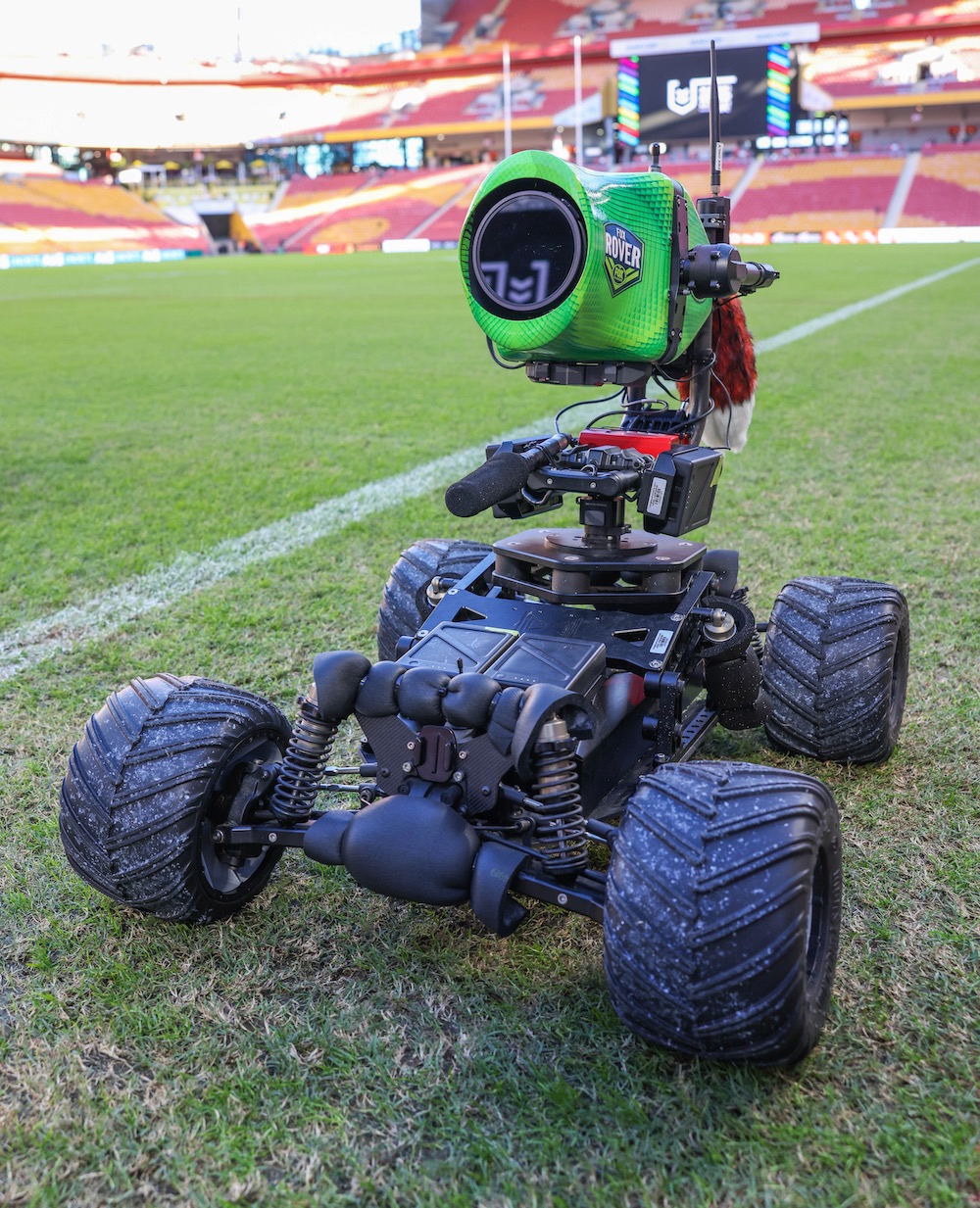 The Fox Rover looks like a buggy but it has a 4K camera perched in a stabilised mount on top to provide Australia’s only wireless tracking shots as it moves along the ground.

Fox Rover usually travels up and down the sideline with the operator not far behind it so it can track the action as it moves down. 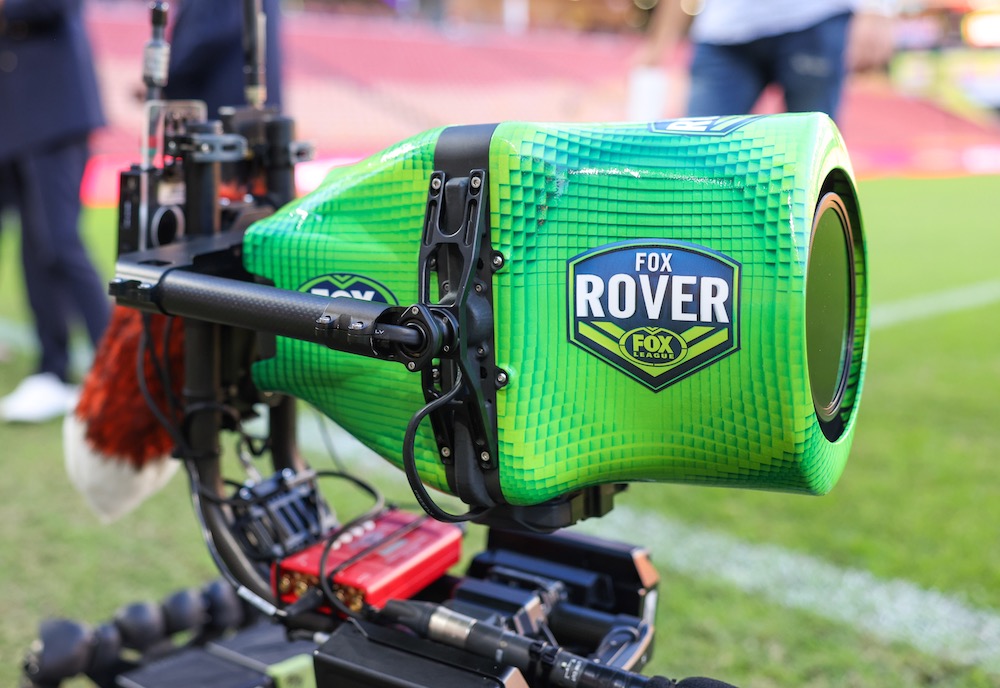 During breaks in play, after tries and before and after kick-off, the Fox Rover also comes on to the field.

It shoots at 200 frames per second so it can provide amazing low angle replays. 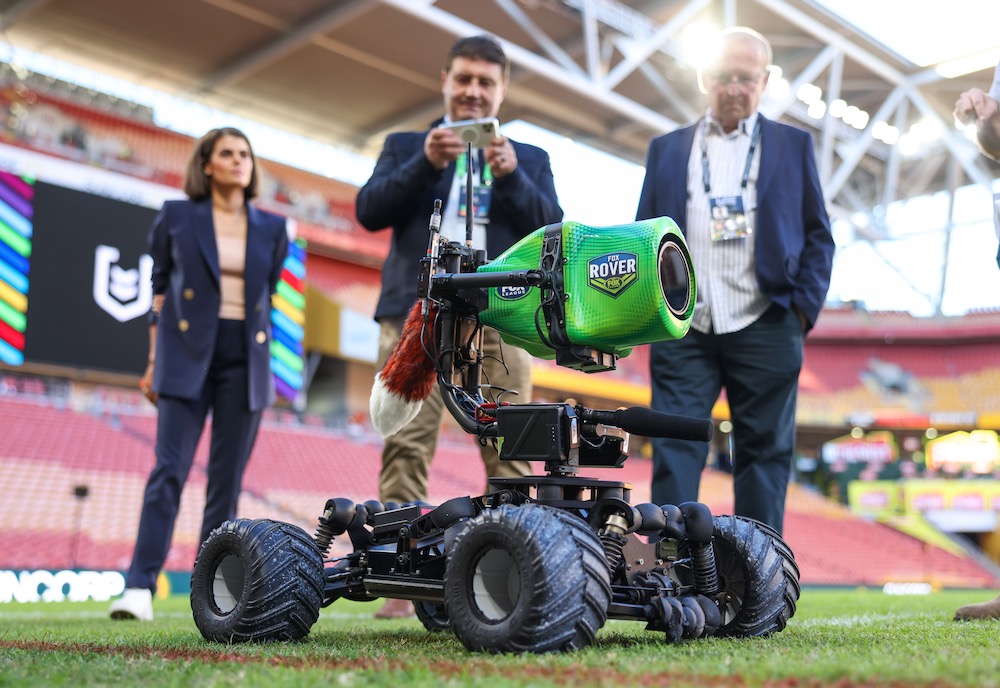 The control system is not too dissimilar from remote control car with a trigger and steering control. 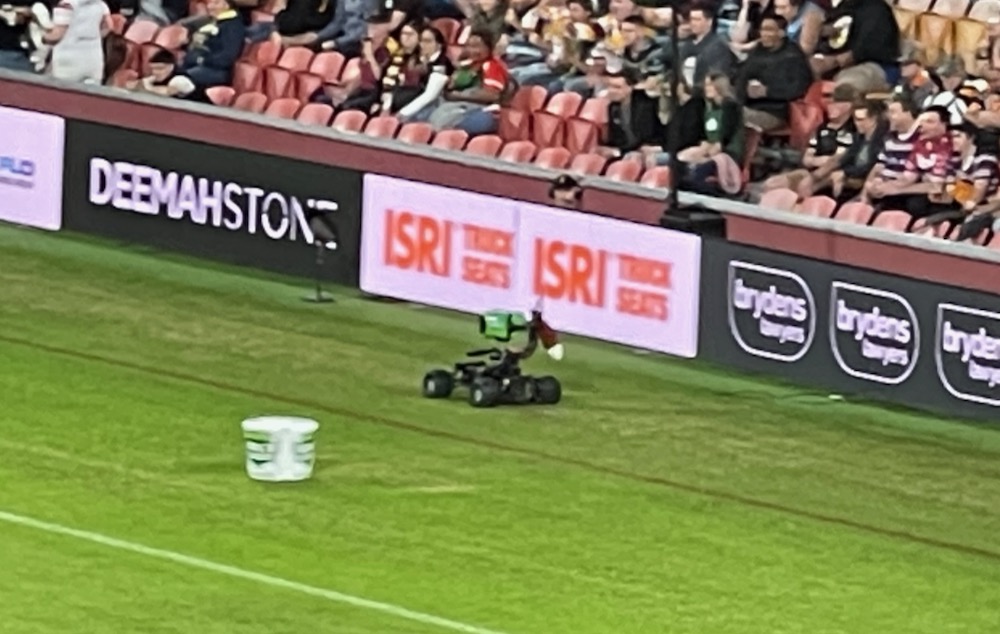 While the onfield controller is responsible for driving the Fox Rover on the field, is in the stands is the camera operator who takes control of where the camera is pointing and action it is tracking. 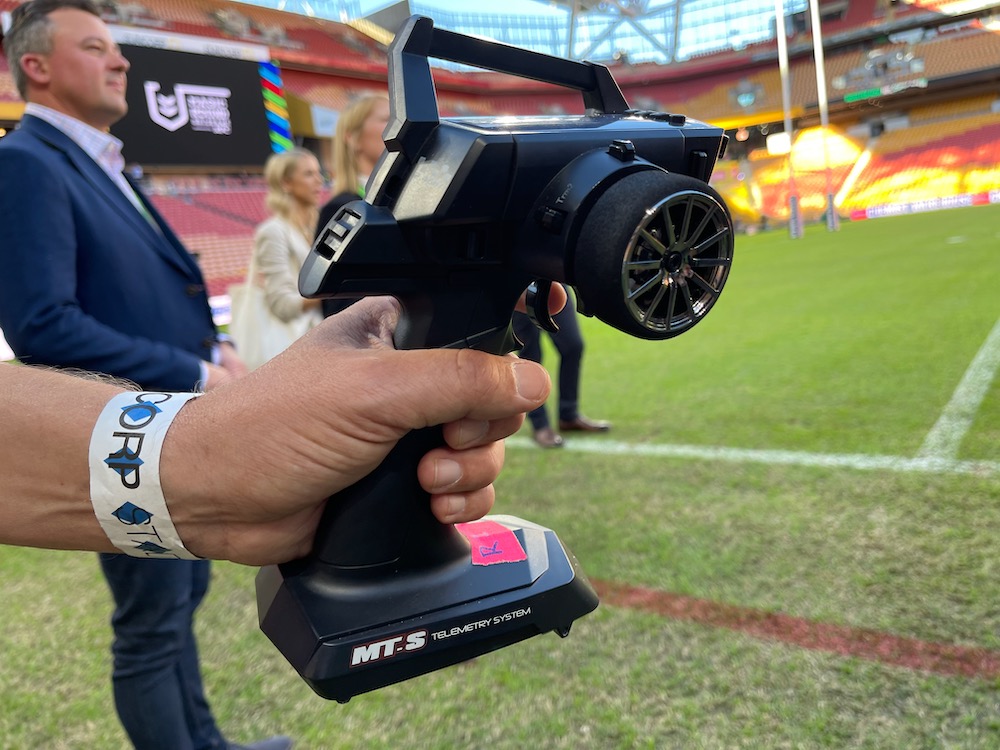 The Fox Rover is also powered by an array of large DJI drone batteries. 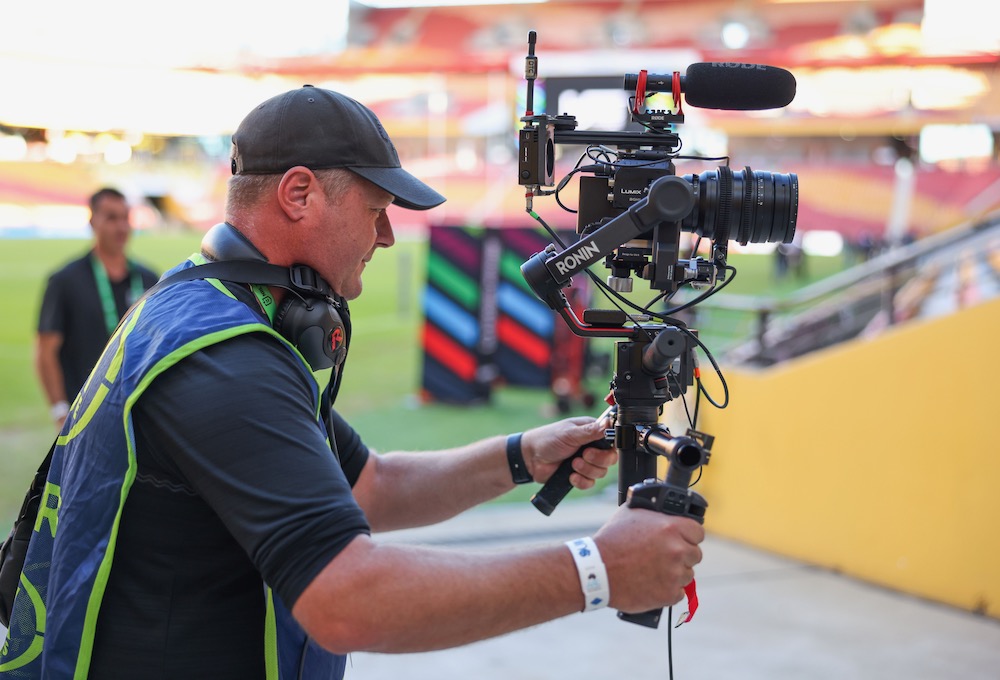 The latest addition to the Fox League camera is the Fox Hero Cam which uses the latest 4K camera technology with auto focus technology that provides an incredible depth of field.

This is similar to Portrait Mode on an iPhone which has the subject in focus and the background blurred.

This camera system is mounted on a lightweight gimbal and is used to get up close to players after a try.

Because of its small size and light weight it can get close to the action than ever before. 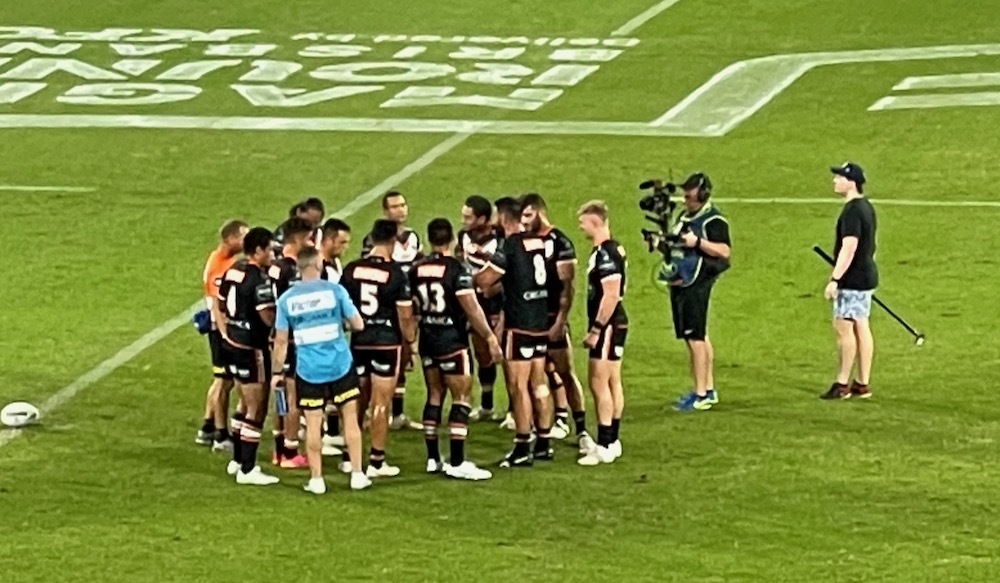 All of the feeds from the 24 cameras are all fed back the OB (outside broadcast) truck where producers switch between the shots and provide the broadcast you watch live on Fox League.

NRL MAGIC ROUND BY THE NUMBERS

* Stephen Fenech travelled to Brisbane as a guest of Fox Sports