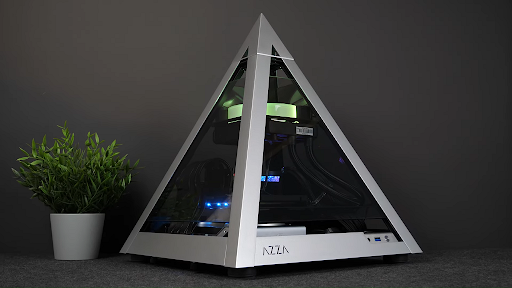 The Most Unique PC Case Ever Designed

Do you want your PC to be out of this world? If so, then you might be interested in the Pyramid PC. This pyramid-shaped computer designed by Tech Raptor is a high-performance gaming machine that has been designed with gamers in mind.

It’s a sleek, minimalistic machine with all the power of a traditional desktop computer and more. Above all, it utilizes the most unique PC case ever designed.

The Pyramid PC is the latest gaming rig to take over Kickstarter. It’s a sleek, minimalistic machine with all the power of a traditional desktop computer and more.

The founders are avid gamers who wanted to create something that could offer the same experience as desktops, but without taking up any unnecessary space in their homes—and they succeeded.

With an Intel i9 10900k and G.Skill TridentZ Royal ram, it’s no slouch when it comes to performance either!

Here are some of the key hardware features on this device that make it worth considering. 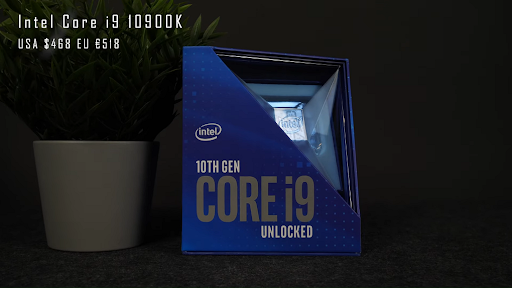 Processor is the first thing that comes to mind when we think of any gaming build. This pyramid PC utilizes a highly advanced 10th Gen i9 10900K processor from intel to boost the processing capabilities of the machine.

The use of the HyperThreading chain mechanism increases the “thread-count” twice to maximize the efficiency of the device. The base clock speed of the CPU is 3.7 GHz which you can easily boost to 5.3 GHz in the turbo mode. In addition, the presence of the Thermal Velocity Boost further increases the desirability of the processor.

Not to mention Turbo Boost Max 3 has been an integral aspect of highly expensive XPS models. If you use a CPU like this one, then your gaming experience will certainly move to another level.

All in all, the 10th Generation processor will let you easily handle biggies such as Metro Exodus, Hitman 2, Far Cry 5, PUBG, and Minecraft without showing any lag.

RTX 2070 Super used in the setup is something that is really going to boost the graphics experience of users in many ways. It has made a lot of improvements over its predecessor, so it’s something you can consider if you don’t want to go for the 2080 model.

It will, however, have the same power limits as the RTX 2080. The biggest edge of RTX 2070 Super revolves around its massive base and boost clock rates. With a frequency of 150 MHz, it is certainly one of the most desirable GPUs for gamers from the GeForce RTX series.

Based on its speed and memory situation, RTX 2070 Super is undoubtedly an excellent replacement for GTX 1080 Ti and other choices. 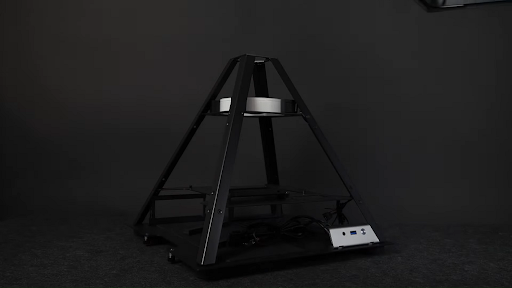 AZZA pyramid case is undoubtedly the most unique aspect of this build. The case is designed to be a mini pyramid with several advantages.

The first advantage of this design feature is that it can keep the components cooler and there are fewer risks of overheating. Secondly, unlike traditional rectangular cases, they do not need as much space on their desktops because they will have more vertical than horizontal lengths which open up more room to work with.

The AZZA Pyramid PC case is advertised to be made from tempered glass panels and aluminum material which provides it with significant durability without compromising the portability. This also means the case will not rust if water spills on it.

The metal interior has plenty of space for additional components, such as an internal cooling system or water cooling.

All in all, the AZZA 806 is among the most unique PC cases that you should definitely try. 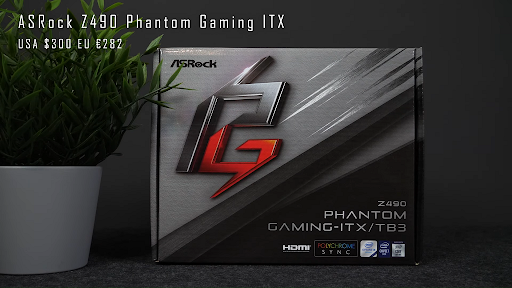 When talking of a unique PC build, how can we forget to use an innovative motherboard that is different from many of its contemporaries in many aspects?

Tech Raptor utilizes a highly efficient ASRock Z490 PG motherboard, which provides lots of connectivity and networking opportunities. The presence of a couple of fans with automatic speed adjustments ensures the device has enough capabilities to get rid of loads of heat produced during high-end gaming.

In addition, the VRM heat sink also ensures efficient cooling of the system.

The availability of an additional card featuring an M2 socket is what makes this card stand out from the rest. You will also find a couple of SATA ports and some connectors that can help you with the heat management of the device. However, it is sort of expected that this champion does not have PCIe 4.0 connectivity, most probably due to the reduced size of the motherboard.

You will find 4 USB 3.2 2nd Generation slots on the rear side as well as 4 Gen 1 USB ports on the front side. In terms of memory, the two installation slots together can support up to 64 GB of RAM, which I don’t think is any less than meeting the high-end gaming needs.

Last but not least, the system utilizes a highly efficient 1 TB SSD from Kingston to bolster the overall performance. As far as RAM is concerned, Tech Raptor utilized G.Skill TridentZ Royal to help deliver relentless multitasking and seamless gameplay.

When combined with intel i9 10900K, you will certainly have a perfect combination of reliability and performance besides improving the overall aesthetics of the hardware. Everything from its aluminum heat spreader to mirror finish is something we do not commonly see on other memory devices.

That’s all we can say after reviewing the entire system configuration. Anyone having an interest in building a unique pyramid PC must give it a try at least once in a while. If you have any thoughts or opinions about this pyramid design, please do not hesitate to share in the comment section below.

5 Tips to Find the Best Online Casino to Play