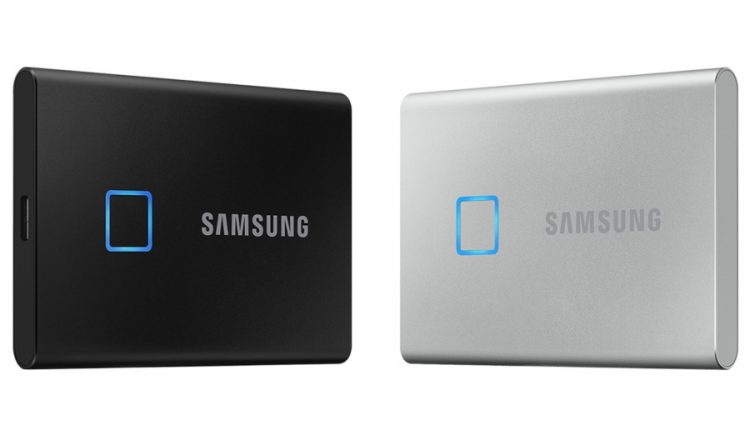 Samsung has released the Portable T7 Touch SSD which has the fastest read and write speeds and enhanced security to protect your data with a fingerprint reader.

The sleek portable drive is small enough to fit in your pocket and is designed for both professional and casual users.

The Samsung T7 Touch SSD (Solid State Drive) is all about speed with the fastest transfer speeds available on the current USB 3.2 Gen 2 standard. 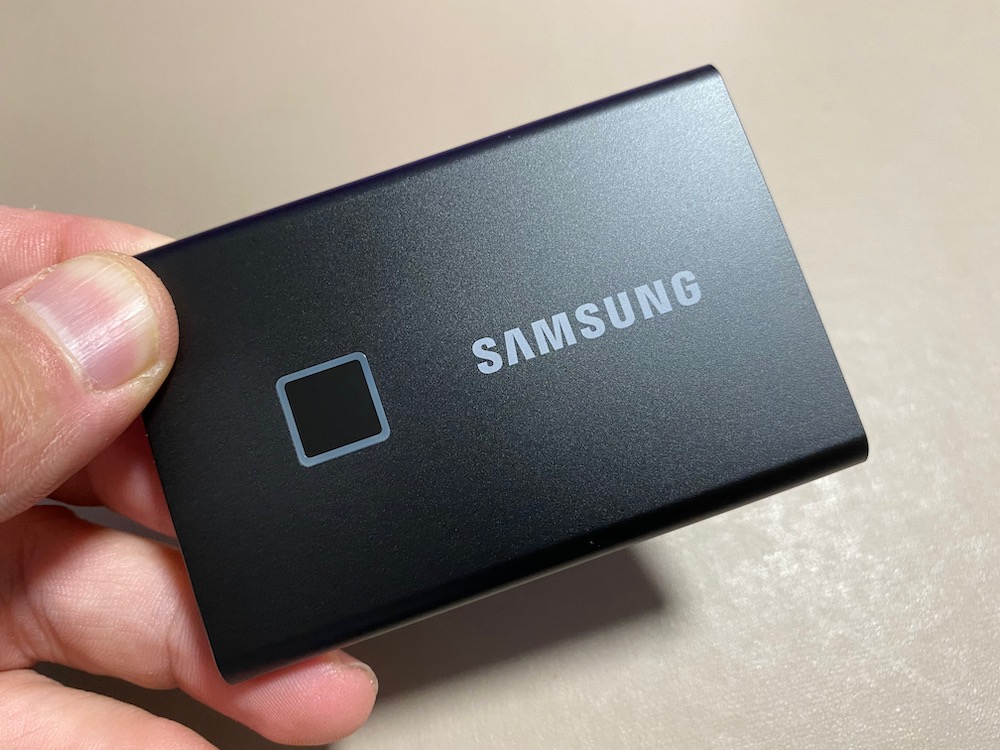 It has read speeds of 1,050MB/s and a write speed of 1,000MB/s – that’s actually twice as fast as the previous model – the T5 and almost 10 times faster than external HDDs (hard disk drive).

The Samsung T7 Touch is available in 500GB, 1TB and 2TB and can be used with a Mac, PC and Android tablets and smartphones.

It can also be connected to a gaming console to save games and content. 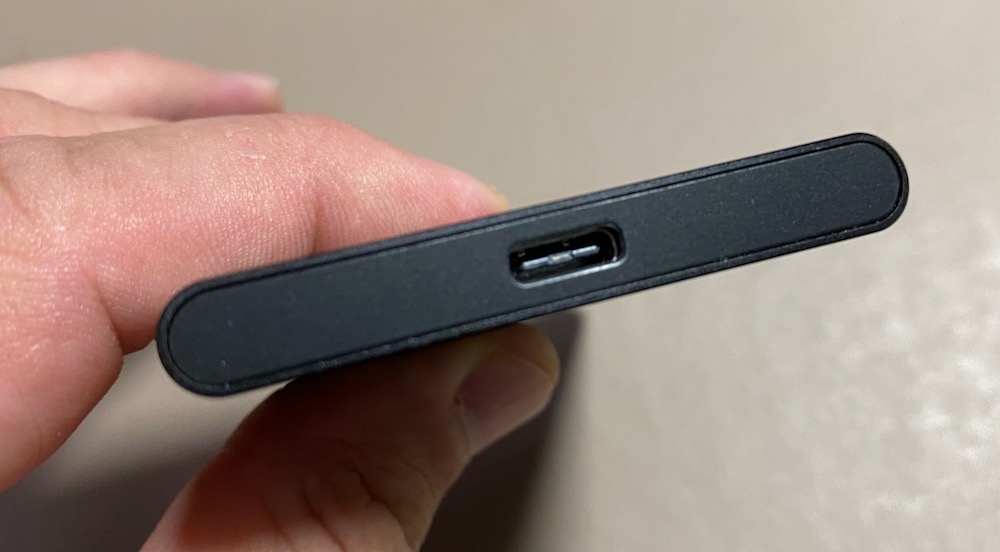 The Samsung T7 Touch has the capacity to store pictures, games and 4K and even 8K videos.

It is ideal for users who need to handle large amounts of data on the move like photographer, videographers, graphic designers and editors.

And for added security the Samsung SSD has included for the first time a fingerprint scanner along with password protection with AES 256-bit hardware encryption.

The fingerprint scanner is ringed by a Motion LED which allows users to see at a glance the status of the device. 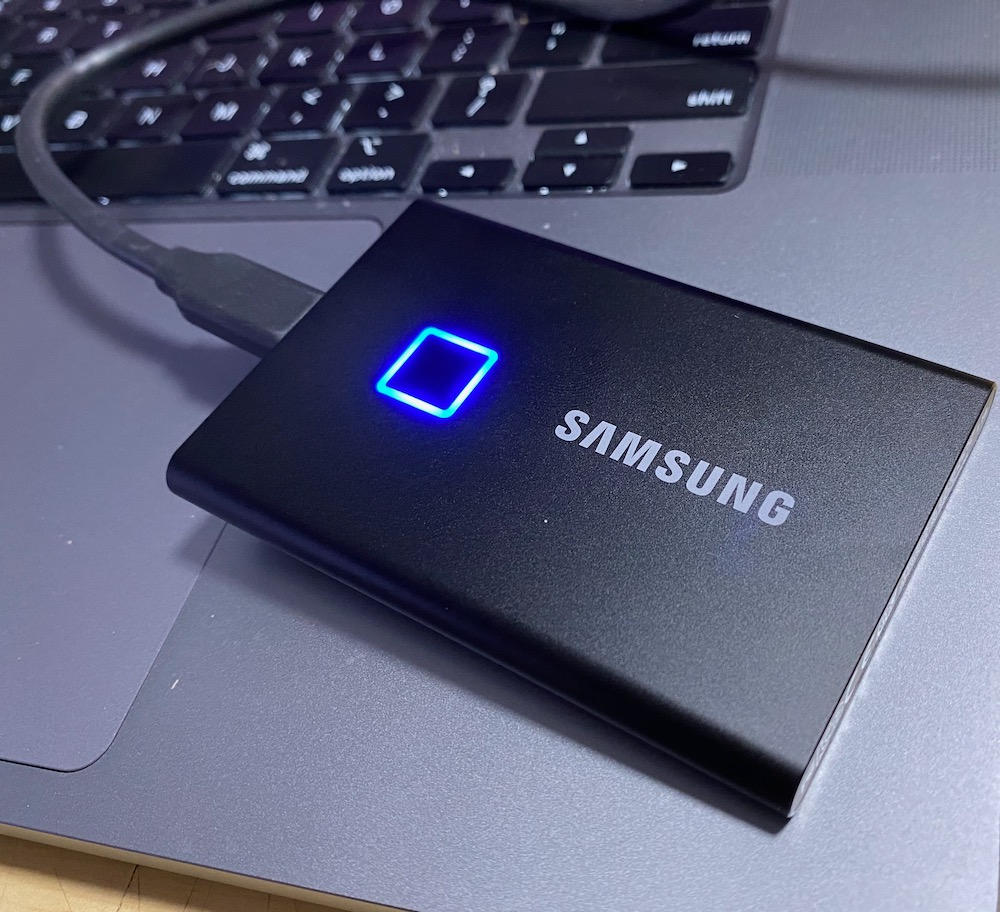 “Consumers who are constantly on the go between work, play and passion projects want to be able to securely carry their content with them,” said Dr. Mike Mang, vice president of Brand Product Biz Team, Memory Business at Samsung Electronics.

“Now their data is secure thanks to the fingerprint recognition functionality incorporated into the product, which delivers industry-leading transfer speeds in a compact form factor.” 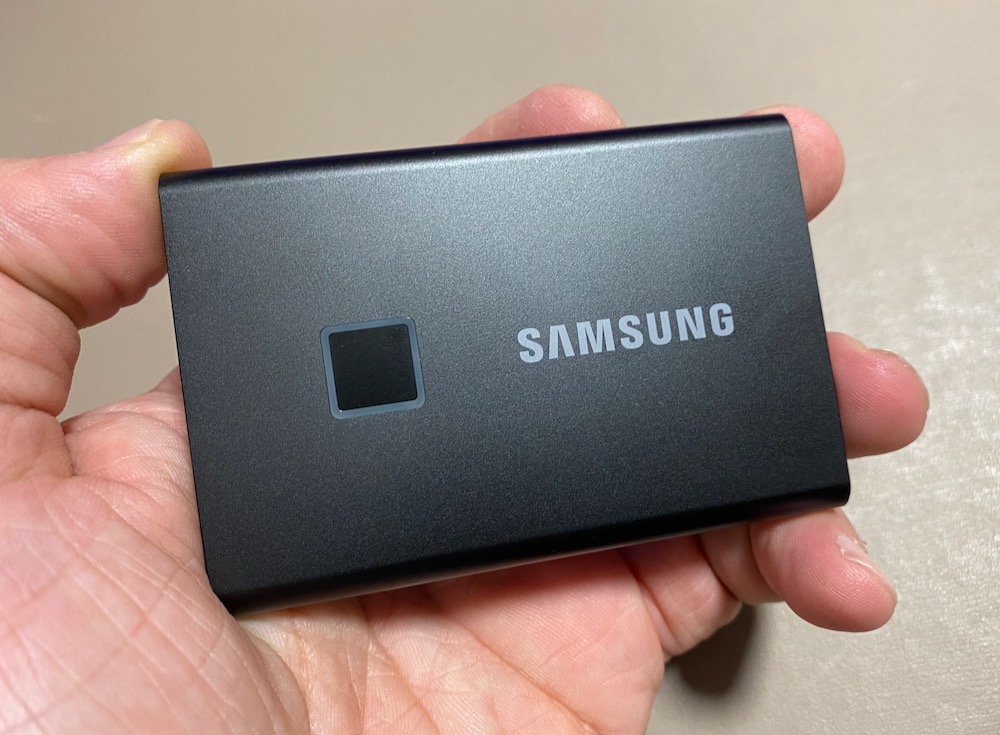 The device also comes with a three-year warranty.