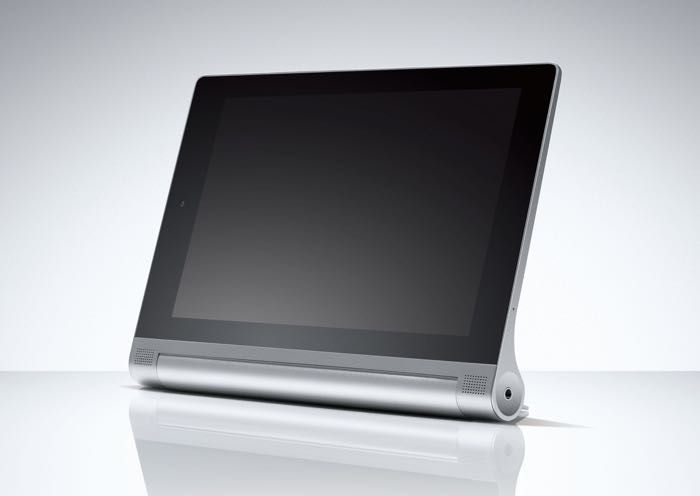 Lenovo has refreshed its range of impressive YOGA multimode devices with eyes on a solid push into the consumer market in Australia.

The YOGA Tablet 2 Pro has delivered real innovation and is the first tablet to feature a built-in projector to create an all-new media experience.

It allows users to project 50-inch image from a distance of two metres.

The event, held in London’s Sorting Office, kicks off a global marketing campaign that will include Hollywood star and Lenovo product engineer Ashton Kutcher.

Kutcher has been working closely on the designs of the new YOGA range and linked to the event from Los Angeles in a live video cross during the launch.

Kutcher said he was part of the focus groups with consumers that helped find out how they can enhance the products.

That research found that 80 per cent of users use their tablet at home, 52 per cent use the device to watch long-form content like TV shows and movies and 56 per cent share their device with other members of the family.

It was this information that was used to shape the 2014 range of Lenovo’s YOGA products.

YOGA, first revealed to the world a year ago, introduced the unique multimode of the device through the flip out stand that allows users to adapt the device to suit the way they want to consume and create content.

There are three main modes to suit the user – stand mode, tilt mode and hold mode.

The new models include a fourth mode – hang mode – which allows the device to be held in place using a hole in the stand.

The YOGA Tablet 2 is available in 8-inch and 10.1-inch screens and will be available in both Android and Windows versions.

They have 1900 x 1200 resolution screens and dual JBL speakers to enhance their credentials as an entertainment device.

Moving up to the YOGA Tablet 2 Pro, the device has a 13.3-inch screen with a 2560 x 1440 resolution and a built-in projector to extend your onboard content beyond the device’s display.

When positioned two metres from a wall it can project a crisp 50-inch image.

Also on board are a microSD card slot and 2.1 JBL speakers and a subwoofer for audio performance that’s equal to the quality of the high definition display.

The YOGA 3 Pro also has a 13.3-inch screen and is a convertible device that be used as an ultrabook or a tablet.

The product is just 12.8mm thick and features a new watchband hinge design created from more than 800 pieces of aluminium and steel.

YOGA Pro 3 is powered by the new Intel Core M processor and delivers both full PC capabilities while still being mobile and housed in a sleek fanless chassis which is available in three colours.

Under the hood is all-new Harmony software that, like the computer itself, can adapt to the user.

These new Lenovo YOGA products will all be available to purchase in Australia from next week from JB Hi-Fi, Harvey Norman and online at www.lenovo.com.au.

* Stephen Fenech travelled to London as a guest of Lenovo