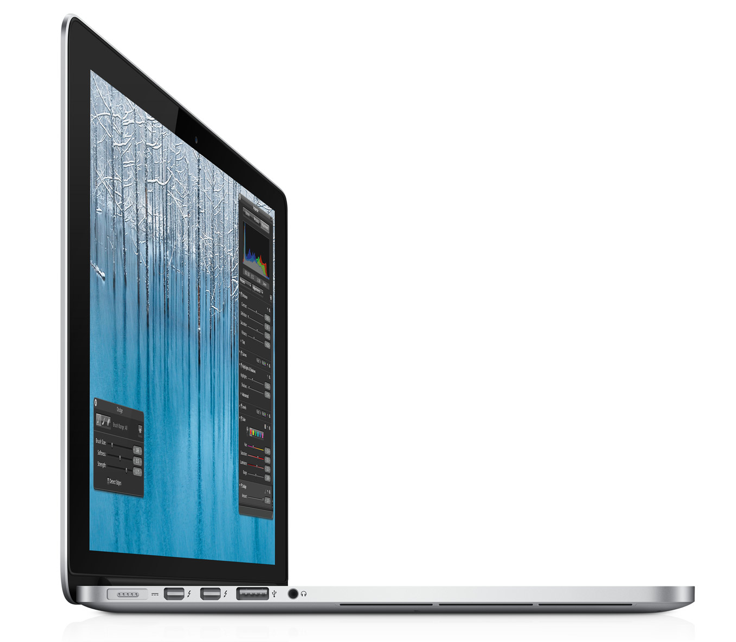 Apple has introduced a stunning next generation 15-inch MacBook Pro with an ultra high definition Retina Display that is a quarter thinner than the previous model.

The device stole the show when it was unveiled during the World Wide Developers keynote by Phil Schiller, Apple senior vice president for product marketing.

This next generation laptop is just 1.8cm inches – a quarter thinner than the previous MacBook Pro – and weighs just 2.02kg.

The incredible Retina Display on the new 15-inch MacBook Pro has 5.1 million pixels and with a resolution of 2880 x 1800.

Also on board will be Intel’s latest third generation i7 Core processor giving it impressive performance to go with its standout features.

And what helps drive the 15.4-inch Retina Diaplay screen is the latest NVIDIA graphics card for smooth video performance.

It will have up to seven hours of battery life with an SD card slot, an HDMI port, two USB 3.0 ports and two high speed Thunderbolt ports.

There is no optical drive making the product only slightly thicker than the MacBook Air.

Users can install up to 16GB RAM and up to 768GB of SSD (solid state storage) storage.