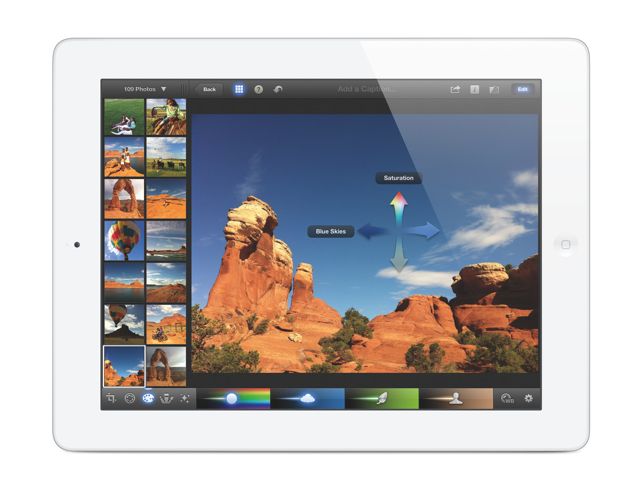 Apple today revealed the new third-generation iPad which now features a Retina Display with more than a million pixels, a faster A5X processor and an improved camera.

Simply called “the new iPad”, the device will go on sale around the world, including Australia, on March 16.

The device also includes voice dictation and 4G compatibility for US networks but will not be compatible with Telstra’s 1800Mhz 4G network.

Optus is currently working on a 700Mhz 4G network and the new iPad will be compatible at that 4G frequency.

Apple’s CEO Tim Cook took the stage at the Yerba Buena Centre for the Arts, the venue where late CEO Steve Jobs launched the first two iPads, to kick off the eagerly anticipated event.

As expected the new iPad has a higher resolution Retina Display with a pixel count of 2048 x 1536 that adds up to more than a million pixels on the 9.7-inch screen. It’s the highest resolution display every created for a mobile device and has four times the resolution of the iPad 2.

Also under the hood is a brand new A5X processor which is up to four times faster than its predecessor.

It also includes a quad core graphics processor to handle the video processing for the higher resolution display. This means high definition games and movies will play smoothly on the new device.

On the photography side the iPad has inherited the excellent camera of the iPhone 4S with 5 megapixel resolution and the capability of capturing full high definition video..

Users can now also talk to the iPad using a new feature called Voice Dictation but Apple stopped short of calling it Siri after the voice activated digital assistant seen on the iPhone 4S.

iCloud now supports movies which means they can be downloaded to any of your iOS devices – incuding the new high definition iPad.

Also announced at the Apple media event were updated iLife apps GarageBand and iMovie along with the introduction of the iPhoto app which can be used for detailed picture editing.