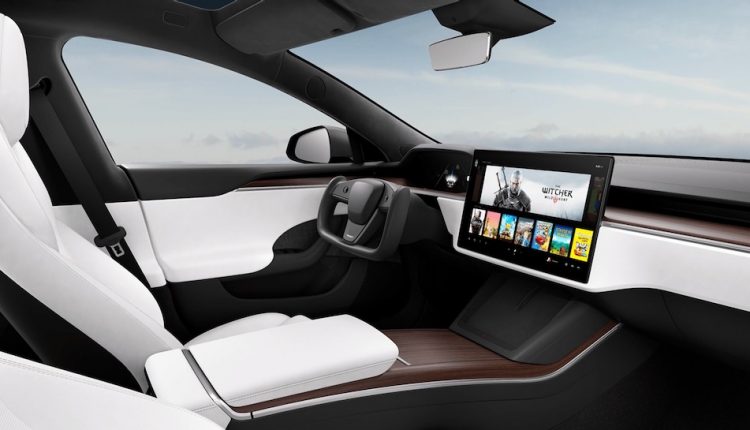 Tesla has unveiled the new Model S Plaid electric car which has an updated design and an all-new interior and can go from 0 to 100km/h in just 2.1 seconds.

The biggest change to the new Tesla Model S Plaid – which won’t arrive in Australia until 2022 – is the cockpit with a new steering wheel and dashboard and main screen layout.

The central console is dominated by a 17-inch horizontal display with a resolution of 2200 x 1300.

The biggest change is to the steering wheel which looks less like a wheel and more like something you’d find in a Formula One car. 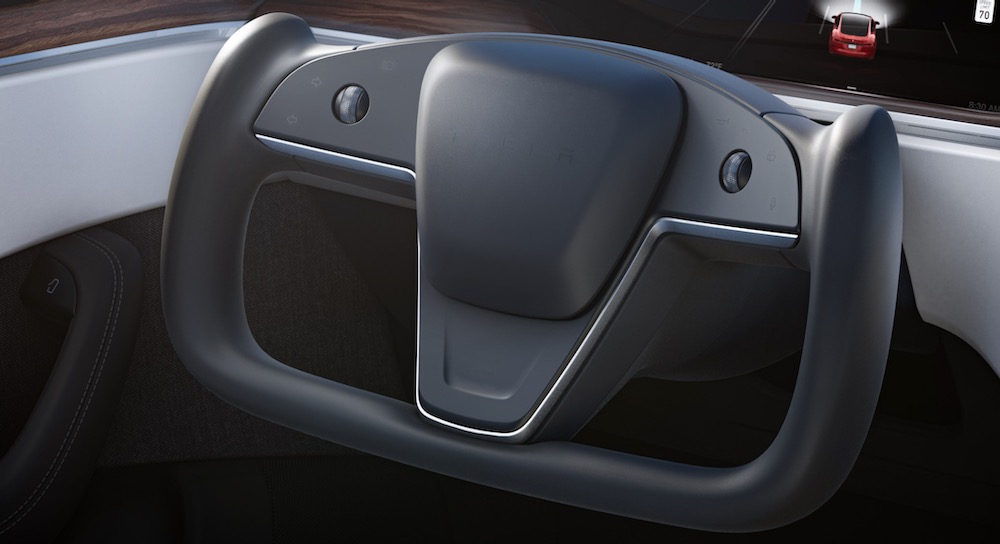 There are no stalks and no shifting so all the driver has to do is focus on the driving.

Tesla gave no clue on how you can indicate or change gears. There could be buttons and/or paddles on the back of the wheel.

The rear seats have also been redesigned to either fit three passengers or two with a stowable armrest. 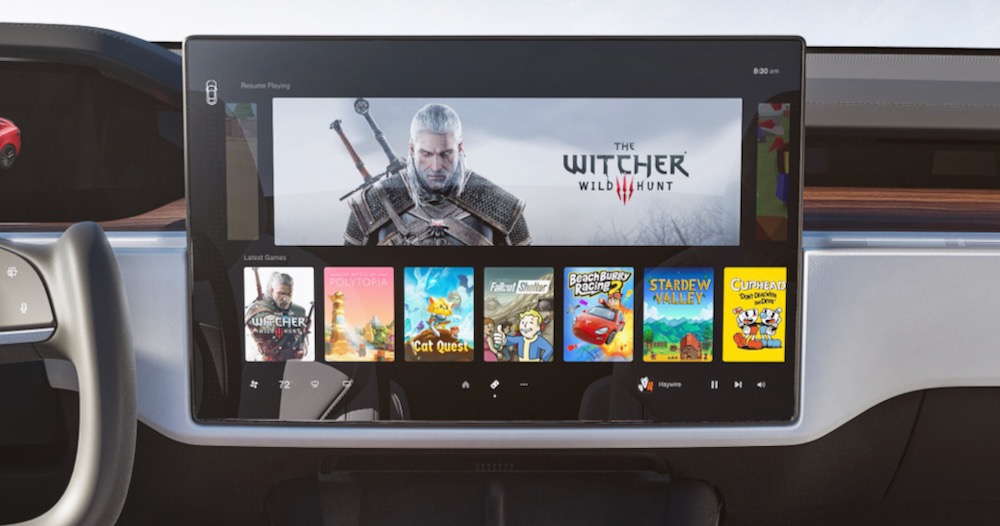 There’s even a screen in the backseat which allows users to play powerful games in the car that match the power of the latest consoles. The system has wireless controller compatibility so you can play from anywhere in the car. 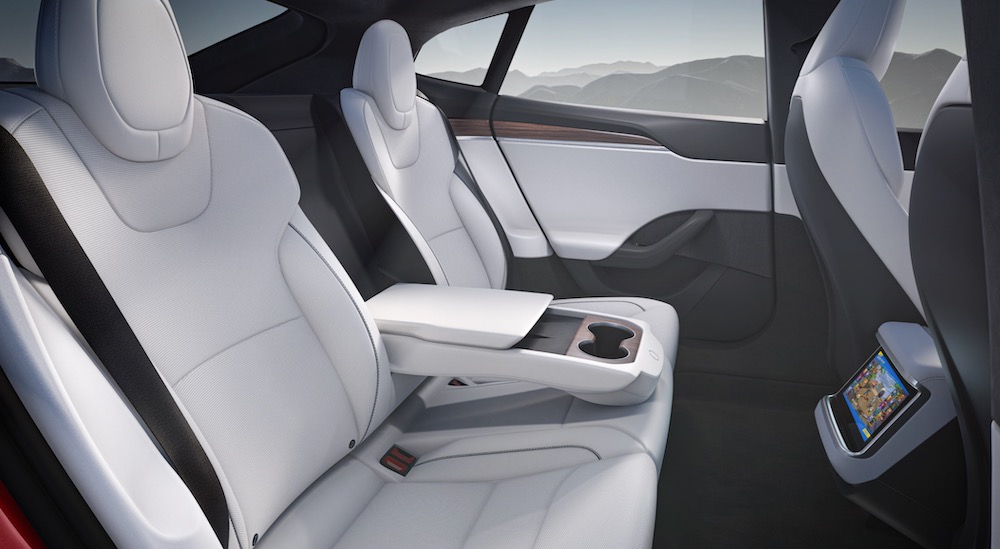 On the outside the car has had a slight design refresh with a reshaped nose section.

And all of the chrome is gone – everywhere where you previously saw silver like the handles and window trims – is now matte black.

The dual motor all-wheel drive platform now has a range of up to 663km. 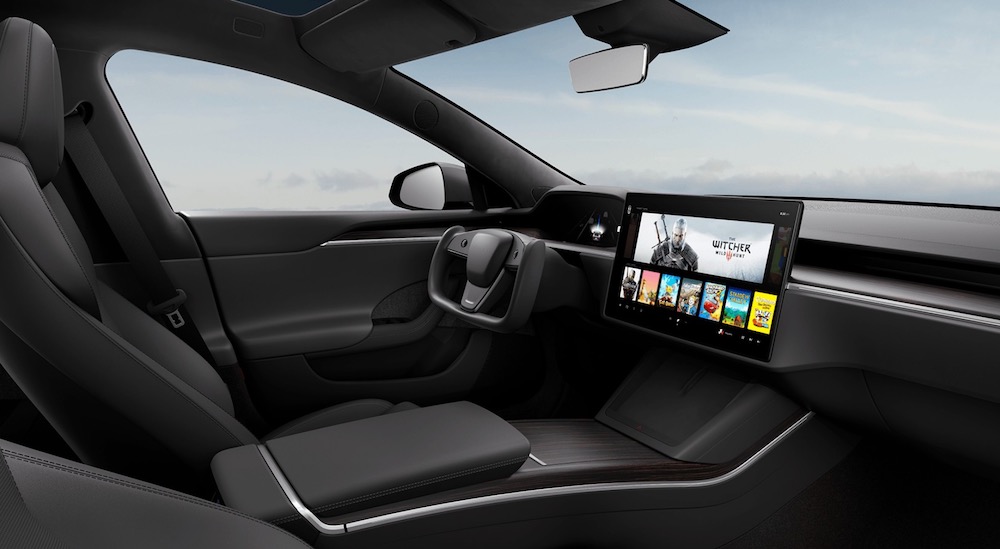 But Australians have to wait until 2022 before Tesla Model S Plaid is available.

The Tesla US website is showing the first deliveries of the Model S Plaid in the US will be in March 2021. 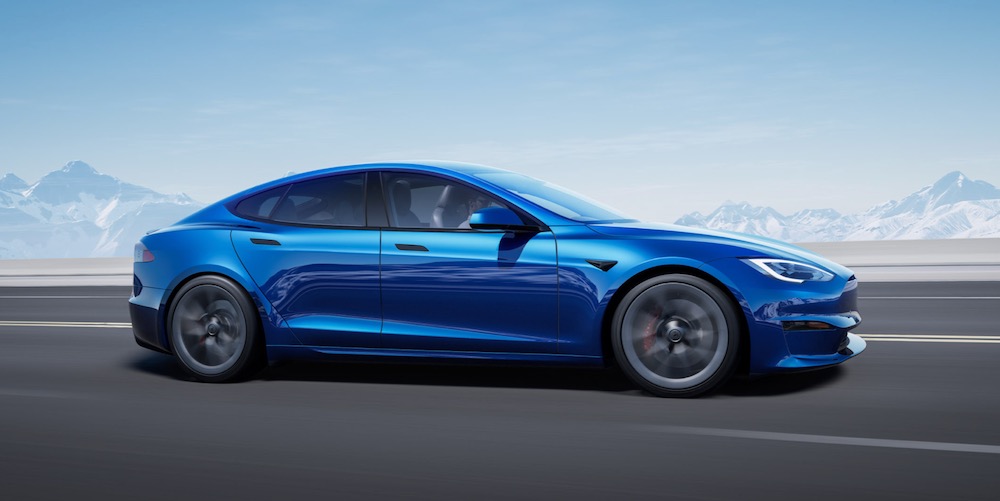 Tesla Model X will also go through a similar Plaid makeover as the Model S with a new interior and updated exterior design.