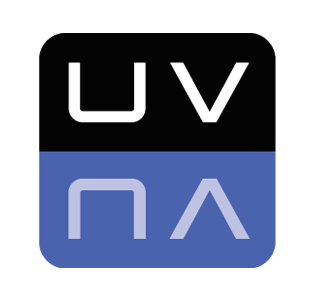 Have you seen the Digital UltraViolet logo on a DVD and Blu-ray Disc you bought recently? It’s the new way to access and watch your favourite movies anywhere.

There are now more than 160,000 Digital UltraViolet account holders in Australia and New Zealand.

Australia has actually the second highest adoption rate per capita a year after launch behind the United States.

Digital UltraViolet is like your movie collection in the cloud.

It is different to the Digital Download that was available with other movie purchases. These downloads were made on a computer – usually into iTunes – to view on your device or stream to another screen in your home.

Because Digital UltraViolet is in the cloud it can be accessed from anywhere.

The disc you purchased recently with Digital UltraViolet on the cover comes with a special code inside that allows that movie to be downloaded or streamed to smartphones, tablets, laptops, computers and smart TVs anywhere.

While your physical movie collection can be seen on your shelf and enjoyed when you’re at home, it’s not possible to take every disc you own wherever you go to watch whenever you like.

Digital UltraViolet account makes that same collection accessible anywhere and shared by up to six people from a single account.

Another benefit of Digital UltraViolet is not being locked in to a single format or a single device.

It also reduces the fear of losing digital content from malfunctioning external storage devices and also makes it easier to enjoy content on multiple devices.

Digital UltraViolet is operated globally by DECE (Digital Entertainment Content Ecosystem) – a consortium of 85 companies that include some of the leading entertainment studios and device makers, retailers and video service providers.

1. Choose a movie on DVD or Blu-ray with the Digital UltraViolet logo – which is free when you purchase the disc.

2. Add your movie or TV show to your online library after you’ve created and activated your Digital UltraViolet account via websites like www.uvvu.com, www.ezyflix.tv, www.flixster.com and now.jbhifi.com.au.

3. Watch your Digital UltraViolet title on the device of your choice either streamed or downloaded.

Mark Teitell, General Manager and Executive Director of the DECE, said: “DECE is committed to growing and driving awareness of the benefits of this new industry-standard, cross-retailer service which enables people to determine how, when and where they want to access their entertainment.”