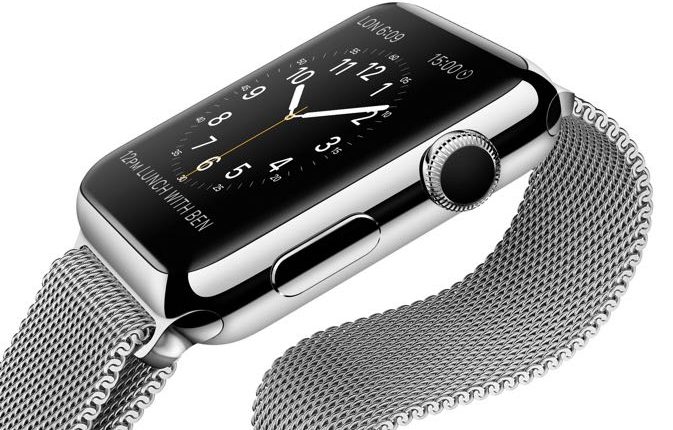 Apple has released WatchKit, the software developers will use to create apps and experiences for the upcoming Apple Watch which will hit the market in early 2015.

Apple revealed its version of the smartwatch at the iPhone 6 and iPhone 6 Plus launch in September.

The Apple Watch will be able to link with your iPhone and also run apps right there on your wrist.

With the WatchKit, developers can create apps, actionable notifications and Glances – information that’s easily accessible with a quick look at Apple Watch.

These notifications will give users the option of responding right from their wrist instead of having to dig around for their iPhone.

For example, a user might can turn all of their house lights off with Apple Watch before they leave the house, check their flight status and see the latest news stories and sports scores at a glance.

The American Airlines app on Apple Watch will give users a reminder when it’s time to head to the airport and provide updates for gate changes and when boarding commences for their flight.

Instagram’s Apple Watch app will have actionable notifications so you can see and like a photo from the device’s screen.

“Apple Watch is our most personal device ever, and WatchKit provides the incredible iOS developer community with the tools they need to create exciting new experiences right on your wrist,” said Philip Schiller, Apple’s senior vice president of Worldwide Marketing.

Apple says, from later next year, developers will also be able to create fully native apps for Apple Watch.