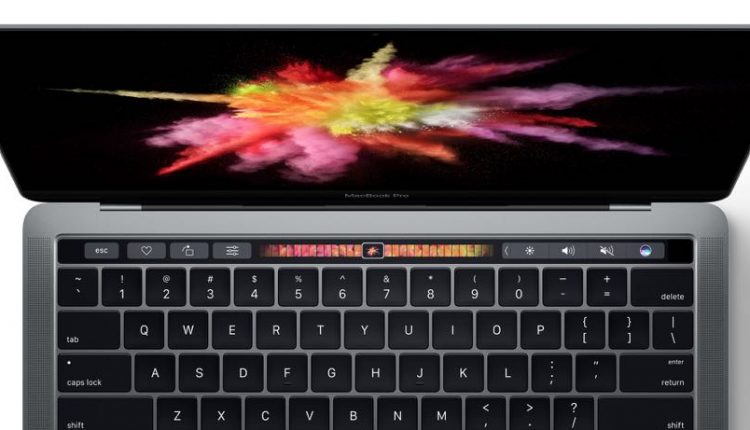 Apple has unveiled its latest and greatest MacBook Pro – on the 25th anniversary of the release of the company’s first PowerBook–– which has had some remarkable changes inside and out.

The MacBook Pro – still available in 13-inch and 15-inch models – is thinner, lighter and faster than the previous models as well.

The 13-inch model is just 14.9mm thick which is 17 per cent thinner and also 23 per cent smaller in volume.

It weighs 1.37kg – that’s more than 200g lighter than the previous version.

And the 15-inch model is only 15.5mm thick – 14 per cent thinner and 20 per cent smaller in volume then the older version.

This 15-inch MacBook Pro weighs in at 1.83kg which is also more than 200g lighter than the older model.

The new MacBook Pro is available in two colours – silver and space grey. It is available to pre-order now and will be available as soon as two weeks.

But the most interesting change is the addition of the new Touch Bar – a thin multi-touch Retina display that has replaced the top row of functions keys.

Touch Bar adapts to the software that’s running and presents tools and functions relevant to that application. 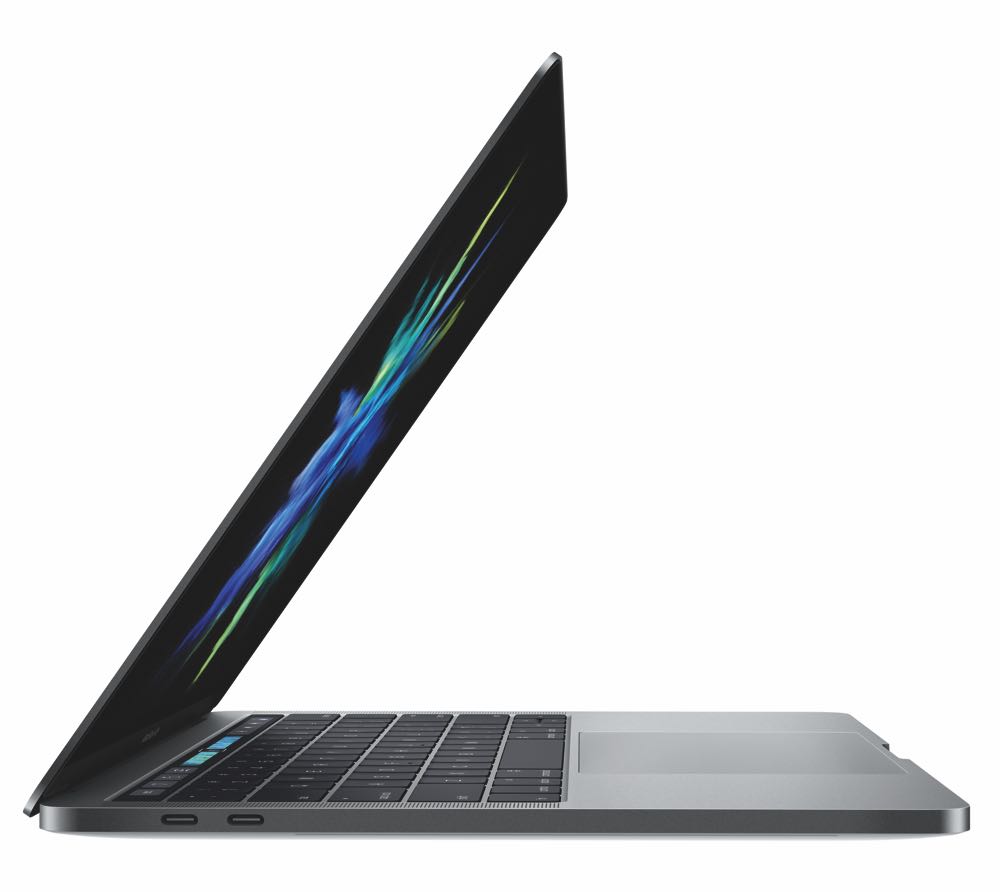 For example, in Safari it can show tabs and favourites, suggest words with QuickType and access emojis in Messages.

Also included with the new Touch Bar is Touch ID so the MacBook Pro can be unlocked with a fingerprint just like the iPhone.

This Touch ID can be used to approve Apple Pay purchases on the MacBook Pro and also identify and log-in other users on the machine.

The MacBook Pro also features an improved Retina display which is 67 per cent brighter with 67 per cent higher contrast ratio and with the ability to display 25 per cent more colours.

The screen is just 0.88mm thick and is even more energy efficient with 30 per cent less energy consumption.

Another feature that’s been improved is the Force Touch trackpad which is almost twice the size of the previous trackpad for easier gesture controls.

The keyboard incorporates the second-generation butterfly mechanism introduced on the MacBook and takes it even further with a better sense of key travel.

Speakers have also been upgraded with twice the dynamic range so it can produce room-filling sound.

Under the hood are also some significant changes with sixth generation dual core i5 and i7 Intel dual core processors which are twice as fast as previous generations.

On the connectivity side there have also been some major changes.

The new MacBook Pro has four Thunderbolt 3 USB-C ports – two on each side. This means each port can provide power, transfer data at up to 40Gbps, connect to peripherals and external hard drives and also link to multiple monitors.

There is a headphone jack on the new MacBook Pros but what you won’t find is an SD card slot, the MagSafe charging connector and a dedicated HDMI port.

We assume Apple will offer USB-C adaptors and cables to connect HDMI cables and to read SD cards.

Battery-wise, Apple says the new MacBook Pros will run for up to 10 hours on a single charge.

Apple will also offer a new entry level 13-inch MacBook Pro model without the Touch Bar which starts at $2,199 with 2.0 Ghz dual core Intel i5 processor, Turbo Boost speeds up to 3.1 Ghz, 8GB RAM and 256GB of flash storage. This model is available from today.

The 13-inch MacBook Pro with Touch Bar and Touch ID starts at $2,699 with a 2.9 GHz dual-core Intel Core i5 processor and Turbo Boost speeds up to 3.3 GHz, 8GB RAM and 256GB of flash storage. This will be available in two to three weeks.

The 15-inch MacBook Pro with the Touch Bar and Touch ID starts at $3,599 with a 2.6 GHz quad-core Intel Core i7 processor with Turbo Boost speeds up to 3.5 GHz, 16GB RAM and 256GB of flash storage. It is also shipping in two to three weeks.

Stay tuned to Tech Guide for a full review of the new MacBook Pro in the coming weeks.

Netgear has released the Nighthawk X10 – the world’s fastest router