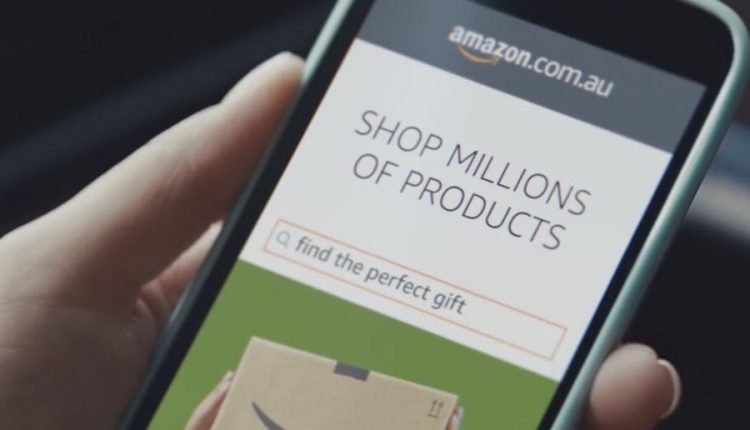 Amazon has launched in Australia – but how does it stack up?

Amazon has finally arrived in Australia with the shopping giant offering customers competitive prices across a range of product categories, including tech, in the lead up to Christmas.

The massive retailer was reportedly gearing up for launch two weeks ago ahead of the Black Friday and Cyber Monday sales but failed to materialise.

At that time, retailers including JB Hi-Fi, Harvey Norman, Myer and David Jones were scrambling with offers to combat Amazon’s launch.

When that didn’t materialise many suspected we wouldn’t see Amazon in Australia until early next year.

But just as quickly as people speculated, Amazon suddenly opened its doors earlier this week – and Australian customers have responded.

Many are calling Amazon’s arrival the biggest retail shakeup for decades but new research from finder.com.au shows most Aussie shoppers after one thing – free shipping.

In the Finder study, 63 per cent of more than 2000 Australians survey said free delivery is the most important factor when choosing an online retailer.

According to these respondents, this is actually more important than the item’s price.

But in the next few months Amazon will reportedly be introducing Amazon Prime which will offer fast and free postage for an annual fee.

In the US, Amazon offers free shipping on all orders over $US25.

But it’s not only the cost of delivery that is important for Australians, it’s also the speed of delivery.

Priority shipping for next day delivery is being offered for $9.99. 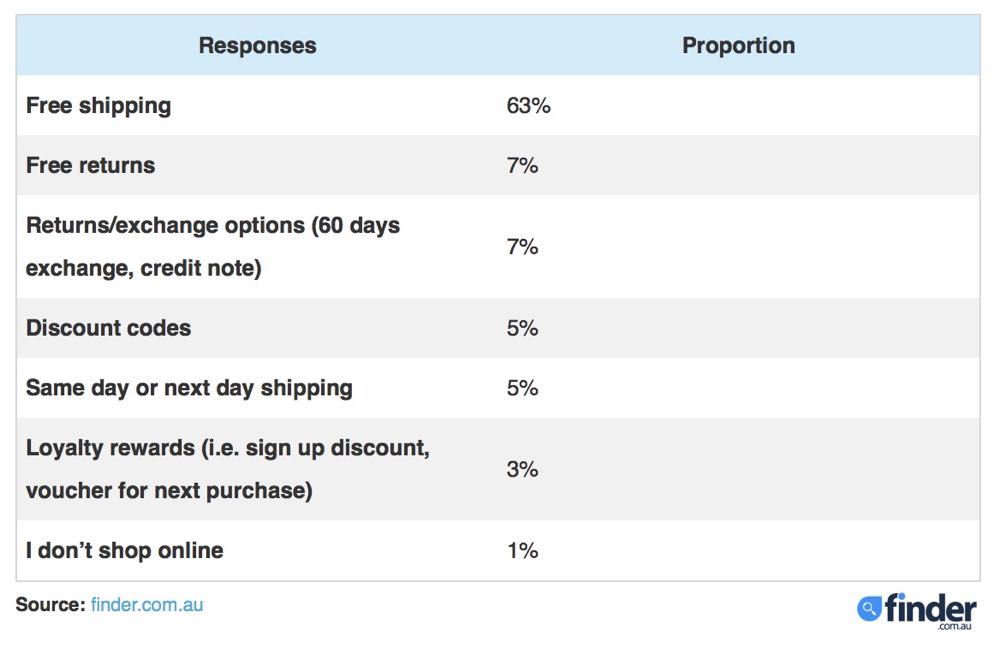 “Cost of shipping is clearly the biggest bugbear for Aussie shoppers and for those basing their experience off Amazon overseas, disappointment could be likely,” Graham Cooke, Insights Manager at Finder, said.

“Retailers who offer free shipping across the board along with cheaper prices are going to capture more online shoppers.”
“Amazon has yet to launch its Prime subscription service in Australia, which would offer free deliveries for a set fee. It could be a game-changer when it finally arrives some time in 2018.”

Same day delivery wasn’t a priority, according to the Finder research which was only of interest to 5 per cent of customers.

So how does Amazon stack up to other retailers? 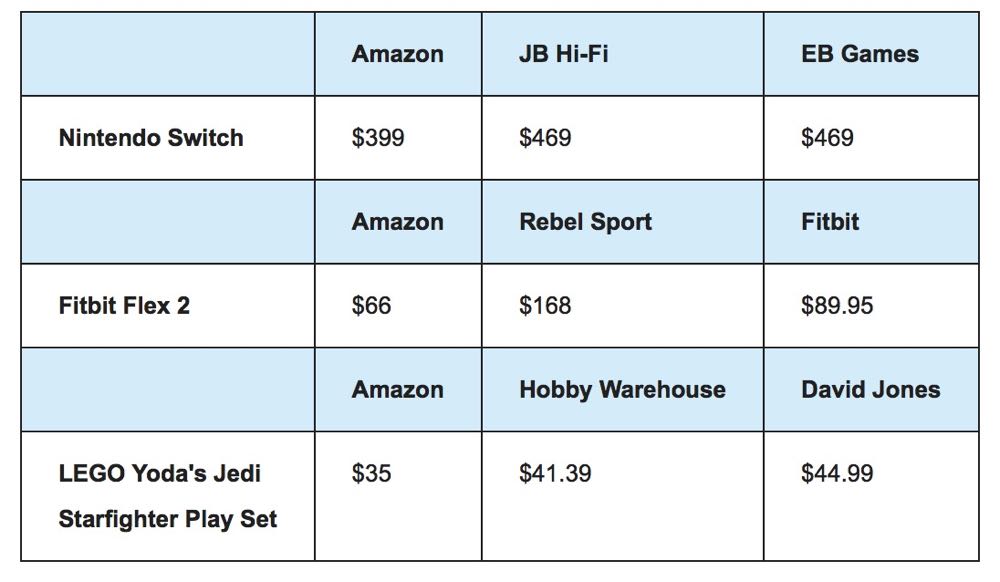 Finder did a little homework and compared three products – the Nintendo Switch, the Fitbit Flex 2 and the Lego Yoda Jedi Starfighter Play Set.

Each of these products were noticeably cheaper on Amazon.

But Finder –  the site that compares virtually everything – says Australian should still shop around before getting caught up in the Amazon onslaught.

“While Amazon has a reputation for cheap prices, you should still check online to see if you can find the same product for less elsewhere,” Finder’s Cooke says.

Finder has launched an Amazon Price Analysis Hub so Australians can compare prices on Amazon against local pricing.