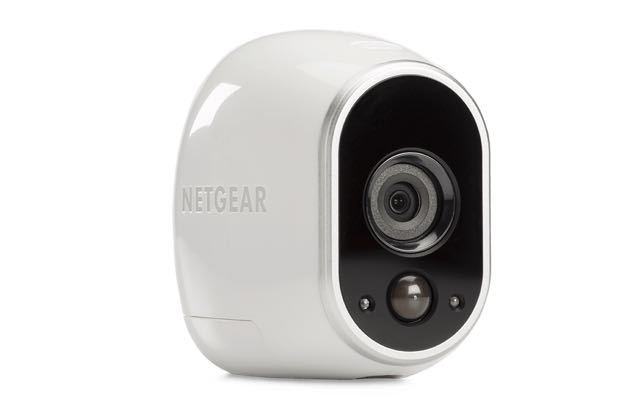 And it’s called wirefree instead of wireless is because there isn’t a single cable anywhere near the camera – not even a power cable.

Connected security cameras are a growing segment in the tech market but the pain point for consumers has been the difficulty of set-up.

Even rival wireless versions still need to run power cable to the cameras which often doesn’t suit the areas you’d like to position the camera.

There’s no such problem with Arlo. You can even set up the whole system with the companion smartphone app in minutes.

It connects wirelessly to a base station that hooks up to your router and it has a battery onboard each camera that lasts for up to six months.

And because it’s completely weather proof, you can set up Arlo cameras inside and outside.

They come with a magnetic mount which means, because they are totally wirefree, they can be positioned anywhere within your home network’s range.

And you can move the cameras around as often as you want. The Arlo camera also has a standard tripod mount.

Once connected the Arlo cameras record video when they detect motion and can send the user notifications.

These recordings are stored up in the cloud and can be accessed on a computer or anywhere on a mobile device.

It’s also possible to tune in to your cameras live so you can keep an eye on your kids, your home, your office or your pets.

Up to 15 cameras can be linked to a single Arlo base station.

Arlo is expected to be available in March with Netgear offering starter packs with two cameras and four cameras with single additional cameras also available.

Pricing will be announced closer to the launch date.

Stay tuned to Tech Guide for a complete review of Arlo when it is released.