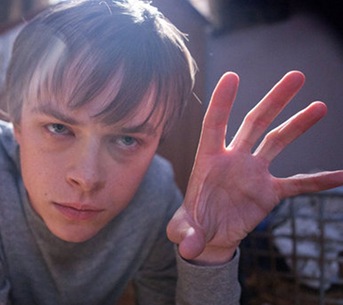 Chronicle lives up to the buzz

Chronicle has created quite bit of buzz ahead of its Australian release tomorrow. The film has no major stars and an unknown director but is shot in a unique way.

Literally told from the point of view of the characters, Chronicle tells the story about three teenage boys who suddenly gain superpowers.

I went along to a screening of the film Chronicle yesterday and thoroughly enjoyed it. It just goes to show a good story well told can work no matter who you have in the leading roles.

The film is shot by the characters in the film who are always carrying around their video cameras to “chronicle” their lives.

It’s a bit of a cross between Cloverfield and The Blair Witch Project.

The three teenager have to deal with the usual pressures of life, family, school and growing up but find their new powers as an outlet.

But Chronicle is not just about these guys levitating Lego blocks and baseballs.

The second half of the films takes a darker turn as the relationships between the boys and their families deteriorate and they struggle to come to grips with their extraordinary powers.

The way the movie is shot by the characters certainly adds to the movie’s appeal because it takes audience into the inner circle and makes us a witness to these powers they are trying to keep from the rest of their community.

We also get even closer to the characters and literally see it from their point of view.

Even the climax of the film in downtown Seattle is captured through the character’s cameras, security cameras, police helicopter cameras and through the smartphones of startled bystanders.

I don’t know if Chronicle would have worked as a film if it was shot through the fourth wall and arranged in set scenes like a regular film.

From the opening frames of the film you know Chronicle is not going to be your regular film and it’s this refreshing difference that helps to set it apart.