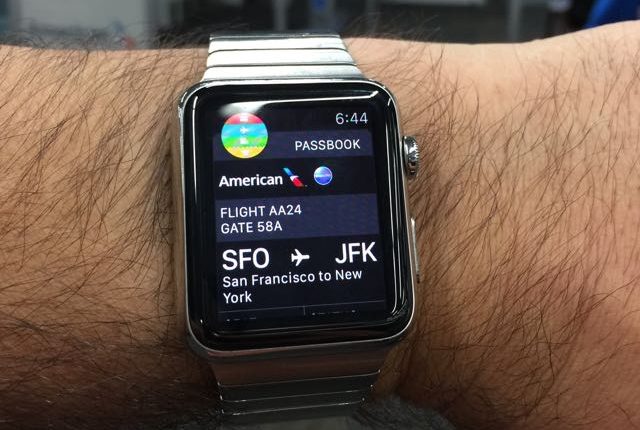 Smartwatches are emerging as the latest growth category in technology – especially with giant companies like Apple and Samsung heavily invested in this space. But it seems the market might be moving too fast for the real world.

These new wearables – especially the Apple Watch – are designed to integrate with the world around us.

For travellers it’s a great accessory because it can be used as a boarding passes and to open hotel room doors.

Before a recent flight from San Francisco to New York I had checked in to my flight and added the boarding pass to the Wallet app on my iPhone 6 Plus.

From here the boarding pass would be displayed on the lock screen for easy access. 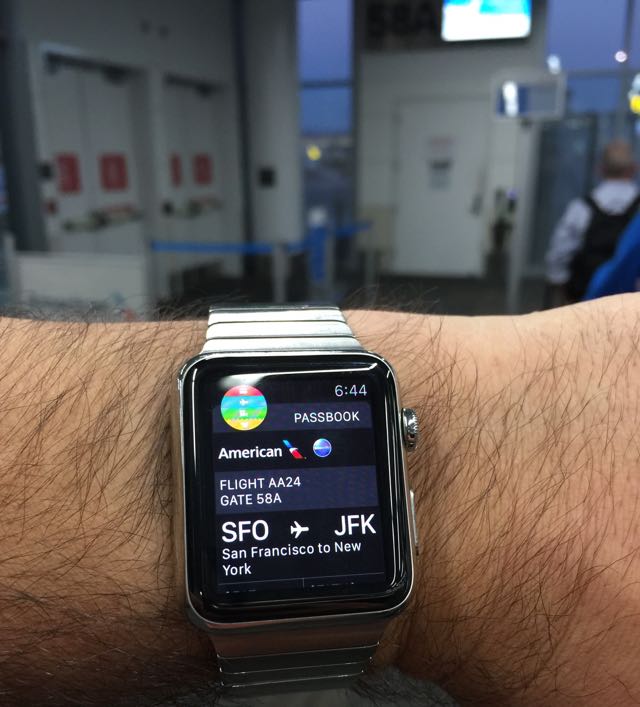 And – as an Apple Watch wearer – it had also pushed through to my wrist.

I was excited about the prospect of using my Apple Watch as my boarding pass.

That meant I could put my actual boarding pass (they gave me one anyway when I checked in my larger bag) and my iPhone and wave the Apple Watch over the reader and walk triumphantly onto the plane.

I was in the line to board the flight and with a backpack on and a cabin bag in tow, I brought up the QR code that took up the entire face of the Apple Watch.

The Apple Watch even knew not to lock the screen right away so I would have all the time in the world to scan the code.

But my excitement was short-lived. 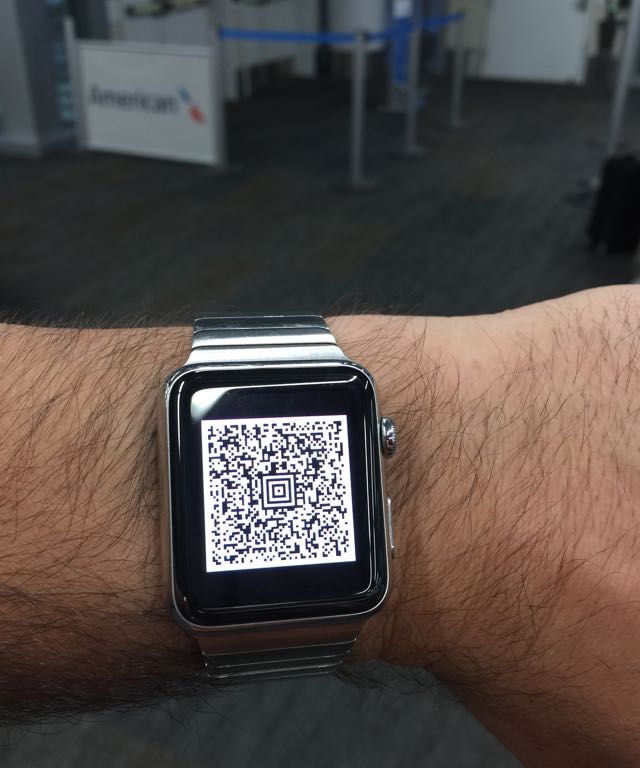 American Airline’s pass reader wasn’t a flat glass plate. Instead the reader pointed down with a gap just big enough to fit in an actual printed pass or a smartphone.

There was no way my Apple Watch – and my wrist – was going to fit in there.

“You’re going to have to take off the watch to scan it,” I was told.

Now what happens when you take off the Apple Watch? It immediately locks.

So I would have to unlock the Apple Watch with a pass code and hope that, with my link bracelet band that doesn’t open up like a regular band to go completely flat, it would still actually fit.

With a long line of impatient passengers building up behind me I decided I would postpone my first Apple Watch boarding pass experience and pulled out the iPhone 6 Plus instead.

The boarding pass was still on the lock screen and with one swipe the QR code was there and I was soon making my down the gangway to the plane.

I’ve travelled around the world I haven’t been unable to unlock my hotel room with my Apple Watch yet either.

I know it’s all coming. I just have to be patient.