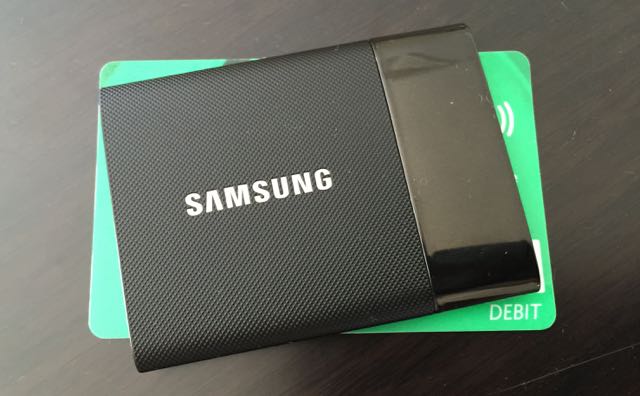 Data is a valuable resource and it’s even more valuable if you can easily carry it around with you.  Samsung has made that possible with the T1 – the small and stylish portable SSD (solid state drive) external drive.

The T1 is smaller than a credit card and weighs just 30g so you can easily carry around in your pocket and take it anywhere. It is 7.1cm long and 5.3cm wide

It also has a sleek design with a black chrome metal coating and laser patterning.

And being an SSD drive with a USB 3.0 connection – it’s fast. You can transfer large files to and from Windows and Mac computers at read/write speeds of up to 450MB per second. 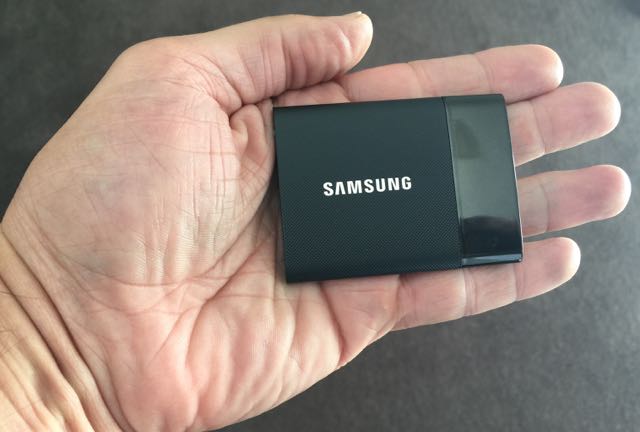 The drive has an exFAT file system so there’s no need to format the T1 to use on either a Mac or PC.

We saw one test where a 100GB worth of files were copied from a PC to the T1 drive in just over five minutes.

The device is ideal for those who move around a lot of data and really large files like photographers, videographers, musicians and graphic designers. 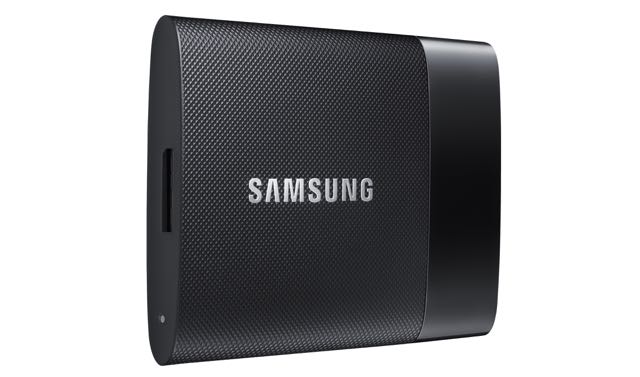 And it useful for anyone who wants a drive that can hold their favourite content to enjoy anywhere or to use as a back up of the files already on your PC.

Unlike a regular mechanical hard disk drive, SSD has no moving parts so there’s no risk of damage – and potential loss of files – if it’s dropped or moved while saving files.

The Samsung SSD T1 drive also has built-in security with AES 256-bit encryption to secure your data with a single password. 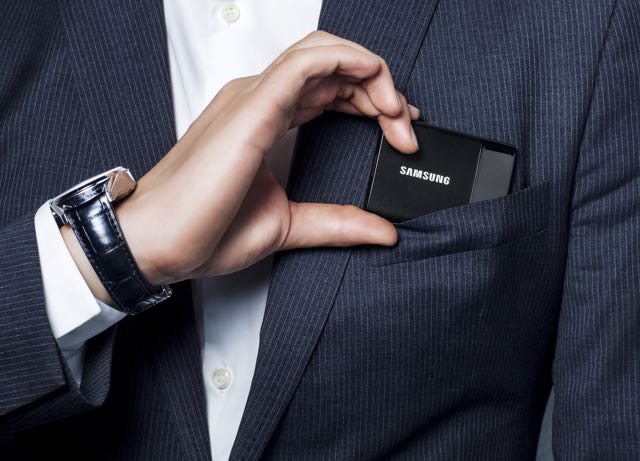 This means your data is safe and secure even if it is lost or stolen.