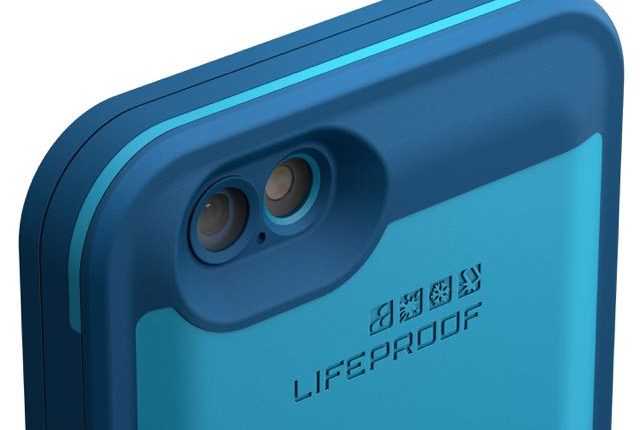 Lifeproof is well known for producing waterproof cases for smartphones but the company has added another feature to its latest case for the iPhone 6 – a built-in battery to recharge the device on the go.

The Fre Power offers all the protection you’ve come to expect from a Lifeproof case.

But the case has now added a battery so users can be out enjoying the great outdoors without the worry of damaging their iPhone and miles away from a power point knowing they have enough power to recharge their device on the move.

Fre Power is rated at IP68 – the highest rating to protect against solids and liquids with US Military grade shock protection. 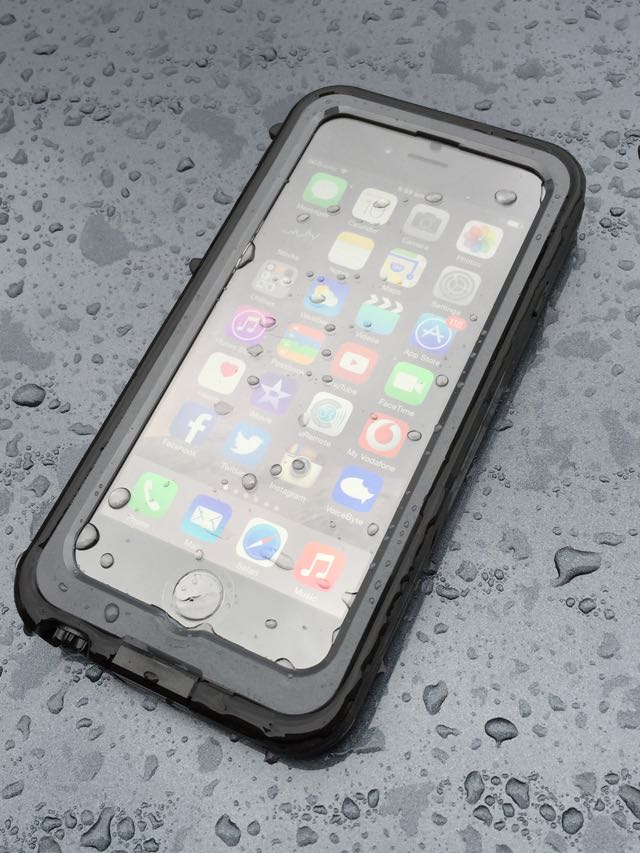 It really suits the adventurer or tradesman who doesn’t want to pull back on their outdoor lifestyle for the sake of their device.

With the Lifeproof Fre Power waterproof case they can take smartphone to a depth of 2m for up to one hour with the same protection offered against dust and dirt.

It can also handle a drop from a height of 2m and continue to operate like it’s business as usual even in the snow.

The Lifeproof Fre Power case has a 2,600mAh battery onboard that has enough juice to recharge the iPhone 6 twice while it’s resting inside waterproof compartment. 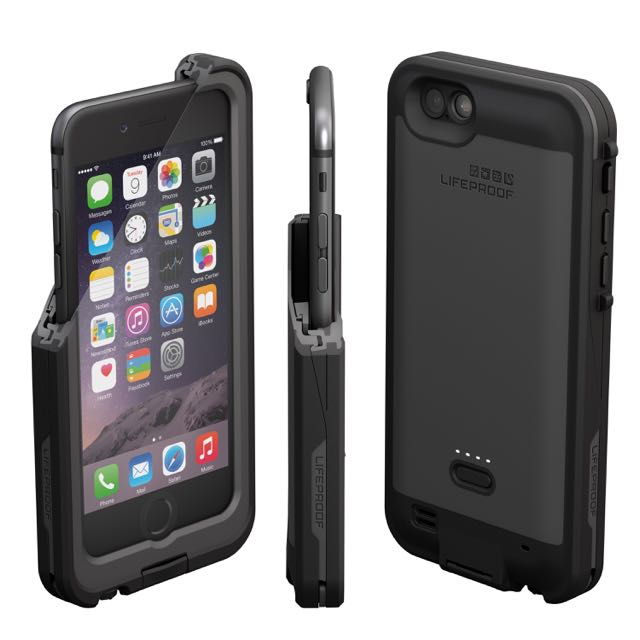 That’s right – even with a built-in battery – the Fre Power case is still completely waterproof.

There are four indicator lights on the back to show you how much power is left on board along with a button that lets you control when the device is being charged.

The Auto-Stop Charge feature lives up to its name and halts the charging when it sees the iPhone 6 has reached 100 per cent battery capacity. 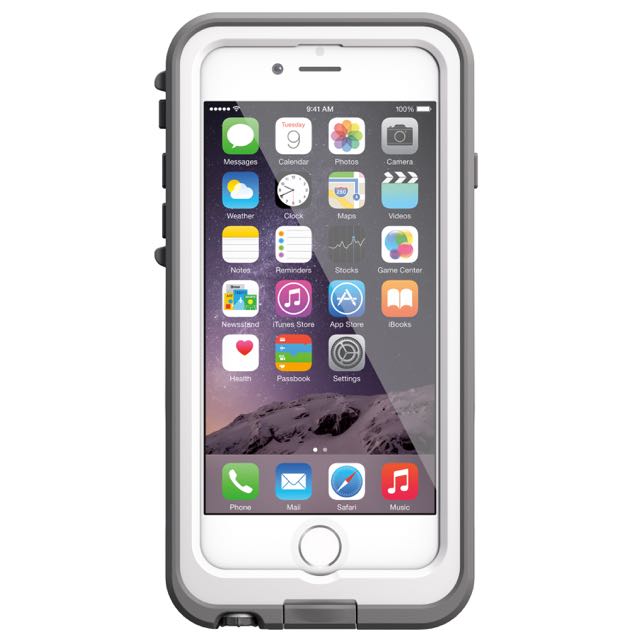 The case itself uses rapid recharge technology so it takes less than a couple of hours to be powered to full capacity through the microUSB port on the bottom edge of the case that is also sealed away.

It can also pass through the charge which means it can recharge the iPhone while it is inside the case which itself is being charged with a microUSB cable.

From a design perspective the case is surprisingly thin even with the whole rear panel of the case taken up with the battery.

The iPhone 6 slides inside the case and connects to the Lightning plug inside. 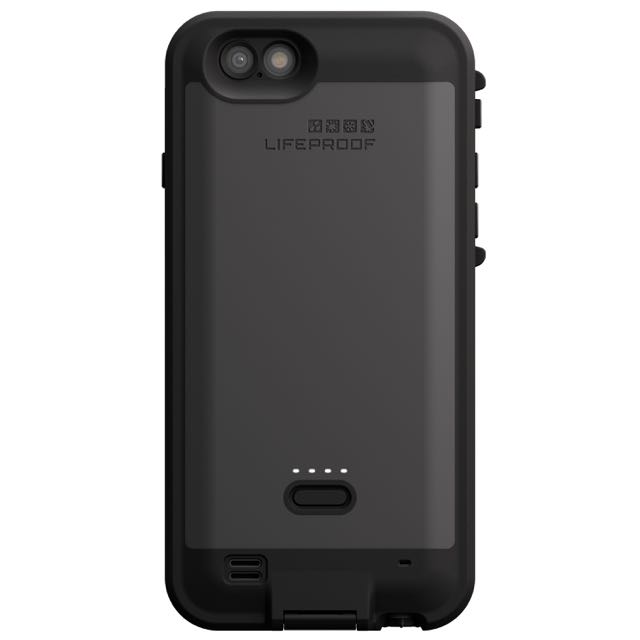 The two halves of the case clip tightly together and form that waterproof/dustproof seal.

The front plastic cover is thick enough to protect the screen and keep the water out yet still allows full use of the touchscreen and even the fingerprint reader through the material.

The headphone jack is also sealed with a removable cover. 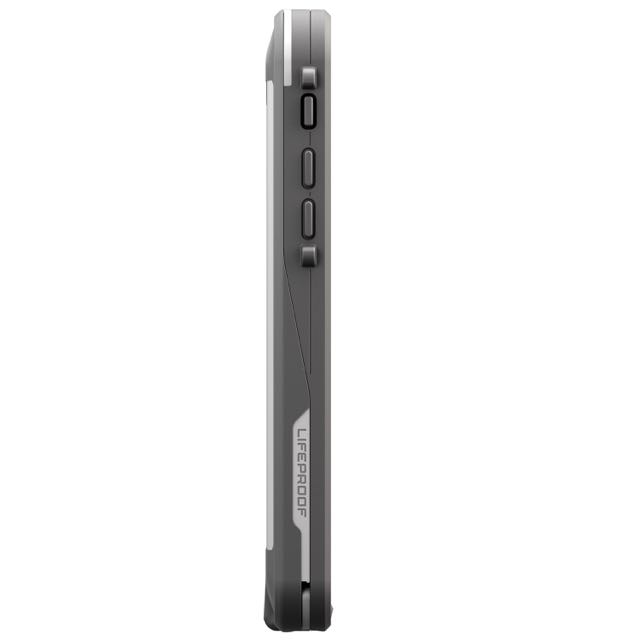 When users want to hear their music they can use the audio extension cord to connect their headphones through the case.

The other buttons are still accessible through the Fre Power case including the mute switch on the side.

And the camera and flash can also be used through the precision openings on the rear panel of the case.

You can buy it now from www.lifeproof.com.

Lifeproof’s Fre Power case is truly liberating for the user who wants to have their iPhone protected no matter where they go and with a reserve of power for peace of mind as well.

The case is still remarkably slim despite having a waterproof construction and a battery on board.