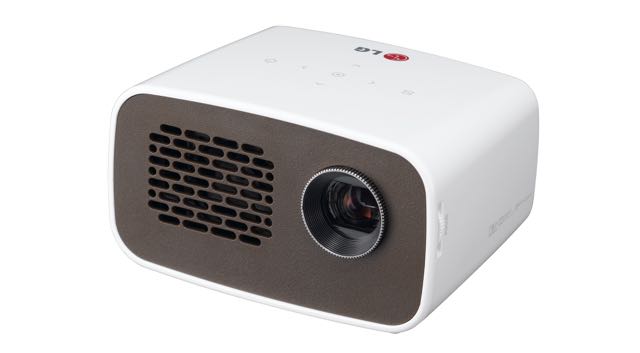 The saying “good things come in small packages” can certainly apply to the LG PH300 MiniBeam projector that packs plenty of features into its small chassis.

The PH300 is just 13.3cm wide, 8.5cm high and 6.4cm thick so it can go anywhere with you for your next presentation or when you just want to kick back and watch a movie.

Onboard is a DLP Picture Engine which can project an image up to 100-inches in a high definition resolution of 1280 x 720.

The built-in light source will run for up to 30,000 hours which equates to four hours of use every day for 20 years.

And it starts up in just eight seconds so setting up the projector takes almost no time at all. 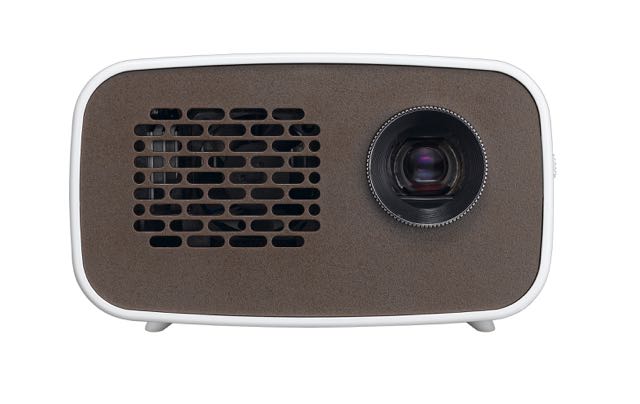 You can even position the PH300 on top of a tripod thanks to the thread on the base.

What makes it even easier to use is the fact that it has an onboard rechargeable battery that runs for up to two and half hours.

On the rear panel is a HDMI port and a USB port along with a headphones jack. 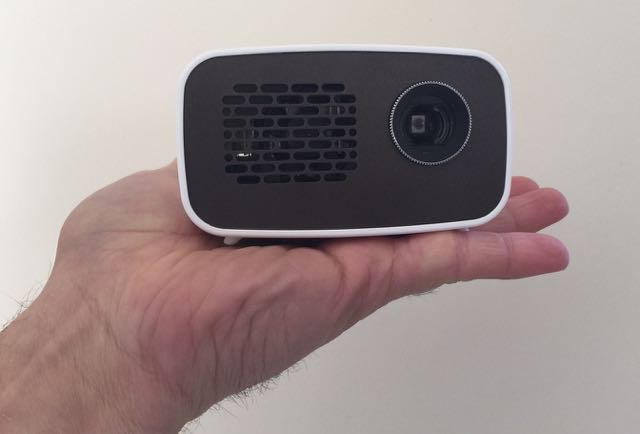 It’s really easy to connect your laptop, a DVD/Blu-ray Disc player, a gaming console, cameras, smartphones and even a USB device like an external hard drive or a small flash drive.

So if you’re making a presentation you can connect your laptop to the HDMI port or even leave the laptop behind and use a USB flash drive.

The HDMI port also comes in handy when you want to connect your DVD or Blu-ray Disc player to watch a movie.

Unfortunately there is no Bluetooth onboard to wireless connect your smartphone. 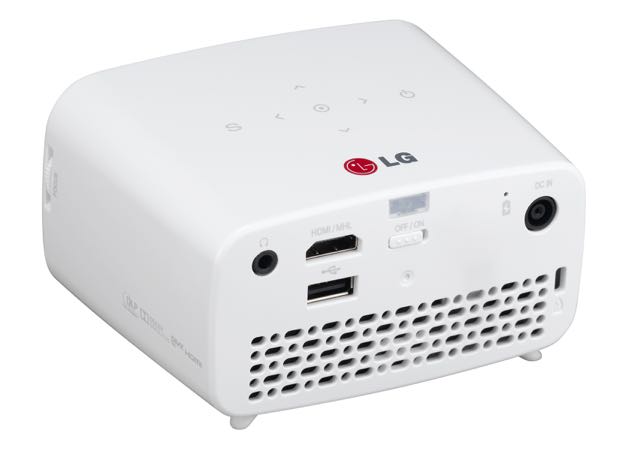 But you can still connect your Android smartphone using an MHL cable that connects from the mobile device to the HDMI port.

The projected image is better than you’d expect from such a small device.

The image was crisp and clear and easy to focus with the focus wheel on the side of the product. 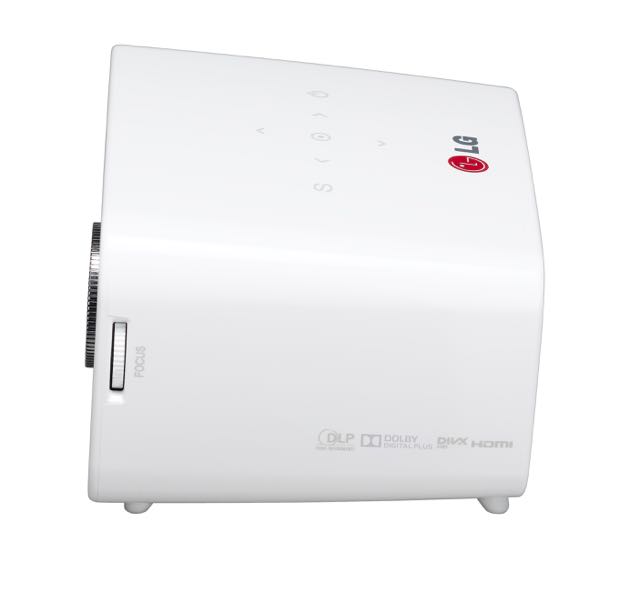 When the PH300 was positioned close to a wall or screen the image was relatively small and really sharp.

But when you march the projector back you can create an even larger image.

For our review we tried the PH300 at various screen sizes and was impressed with the clarity and accuracy even at a full 100-inches.

Onboard the device is keystone correction which means it will automatically adjust the projected image if it’s distorted and square it up again. 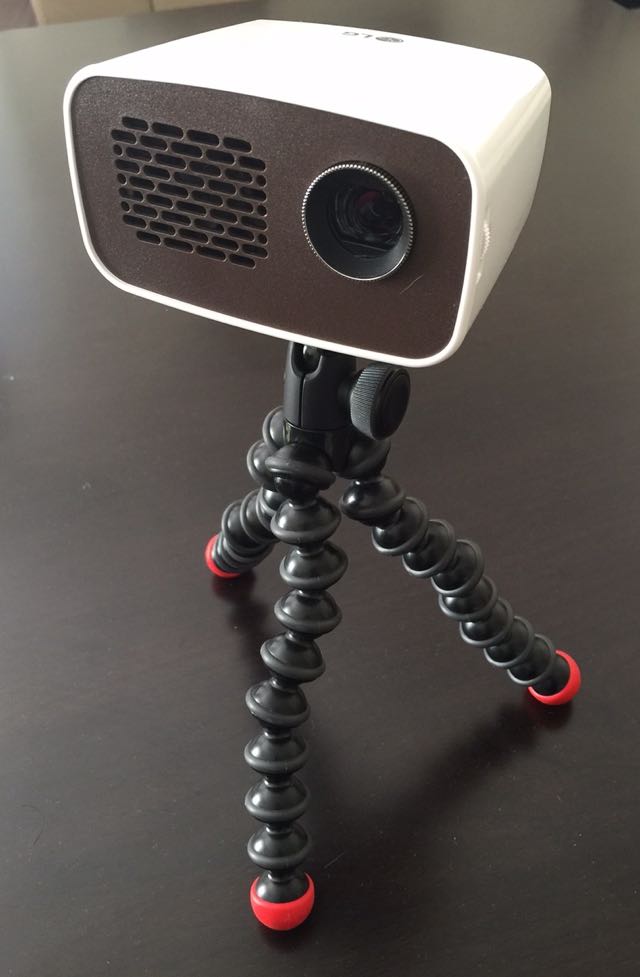 On the audio side there’s only a 1W stereo speaker so it was a little thin but still loud enough to hear clearly.

But there is a headphone jack on the back of the projector so you can hear the content without disturbing anyone.

On the top of the device are the control and navigations buttons to steer through the menu and settings.

These are touch sensitive and we sometimes glanced the on/off button and switched the PH300 off a few times while we were using the navigation keys or adjusting the focus.

The LG PH300 MiniBeam projector is a handy device for anyone who needs to make powerful presentations on the move or if they want to watch their content on a grander scale.