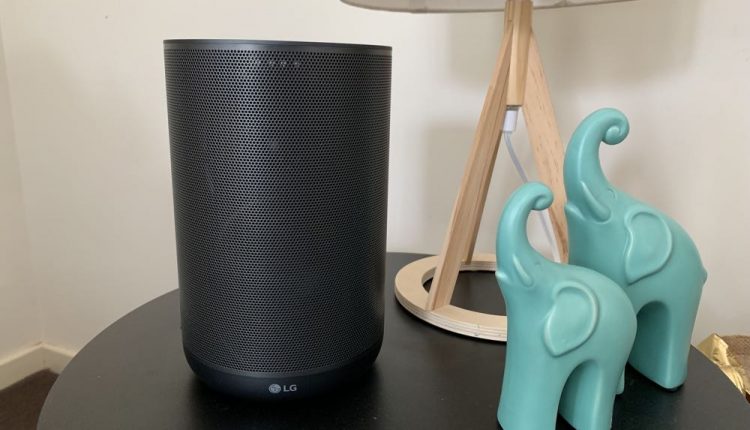 The LG WK7 is an affordable smart speaker that offers impressive audio quality with convenience of Google Assistant.

LG has released a speaker – the XBOOM AI ThinQ WK7 – which delivers with the smarts and the audio quality so it offers the best of both worlds in this already crowded market.

For its first journey into the smart speaker category, LG has partnered with the British audio company Meridian brings years of experience to the table to tune its new speaker to impressive levels.

The cylindrical speaker is fairly unassuming in terms of design with a rounded base at a flat top.

It’s meant to blend into the background in your home rather than stand out.

On the top panel are touch controls for volume and playback, but you won’t be using these much because your voice does all the work.

The LG WK7 is easy to set up through your home’s wi-fi and is powered by Google Assistant which can tap into the power of Google so it can give you all the information you need, help you plan your day, manage tasks and even control your home smart products.

And of course it can play your music from Spotify, YouTube Music, Google Play Music, TuneIn and Deezer.

There is also Bluetooth on board so you can choose to stream from your mobile device as well.

Apple Music subscribers can take advantage of this feature but they just can’t control the music with their voice. 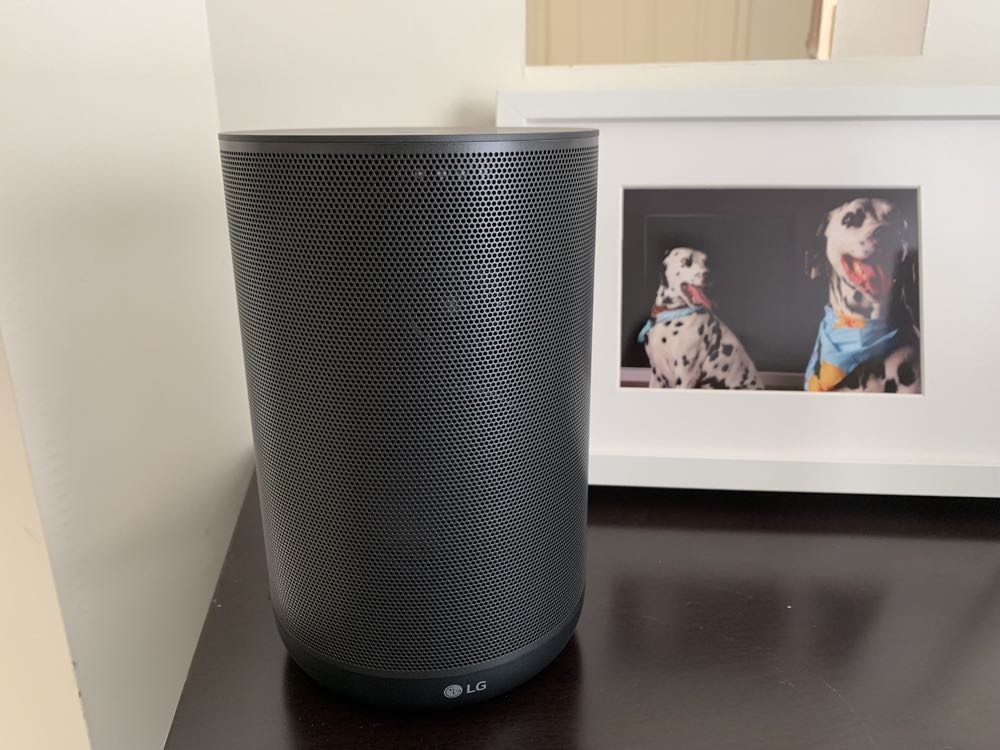 For that they would need to buy the Apple HomePod which costs $200 more than the LG WK7.

The reason why the LG WK7 would stand out for some customers is for its audio quality.

None of these Google-powered speakers are smarter than each other but there are huge differences in audio quality and the LG WK7 is in the top half of the scale. 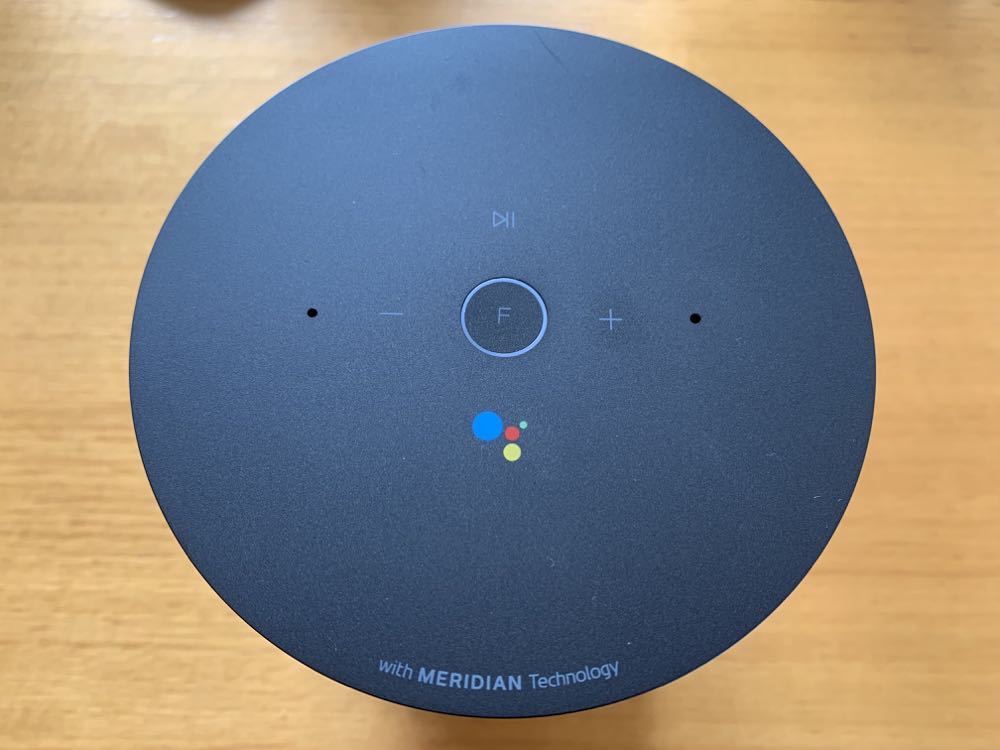 LG’s partnership with Meridian is an intelligent one and from the second you turn it on that quality is there for all to hear.

The speaker has 30W RMS of total power output and supports high resolution audio at 24bit/96kHz to provide amazing fidelity.

But the big trick the device has up its sleeve is sound upscaling so whether you are listening to a CD, the radio or MP3 file, the up sampling technology on board will output at even higher quality up to 24bit/96kHz.

The music we listened to for our review sounded superb through the LG WK7 with crisp high and mid levels with impressive bass.

At its highest volume the speaker isn’t going to blast the roof off but it provided music that was loud enough for the room. It’s going for quality rather than volume. 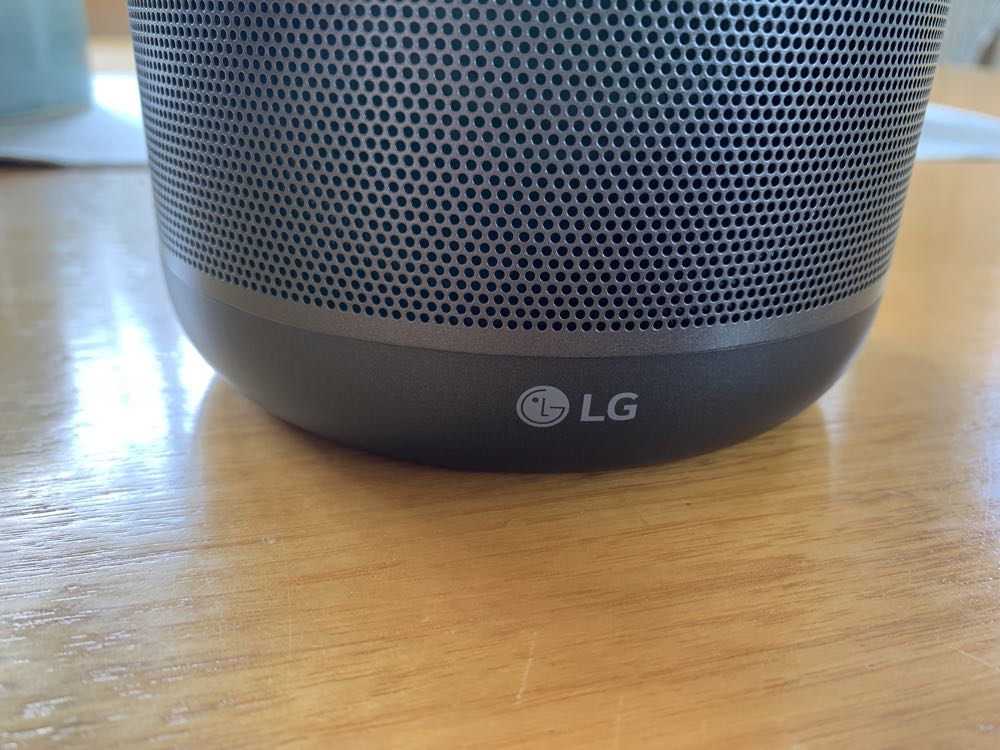 One issue we had was with the bass. It was a little inconsistent and it sometimes sounded a little clipped and relegated to the background rather than in your face where you want it for some songs.

The output was improved though when we placed the LG WK7 in a corner or against a wall.

Oddly, this cylindrical speaker does not offer 360-degree sound but mainly fires from the front.

There is also no AUX-IN so you can’t connect other sources. 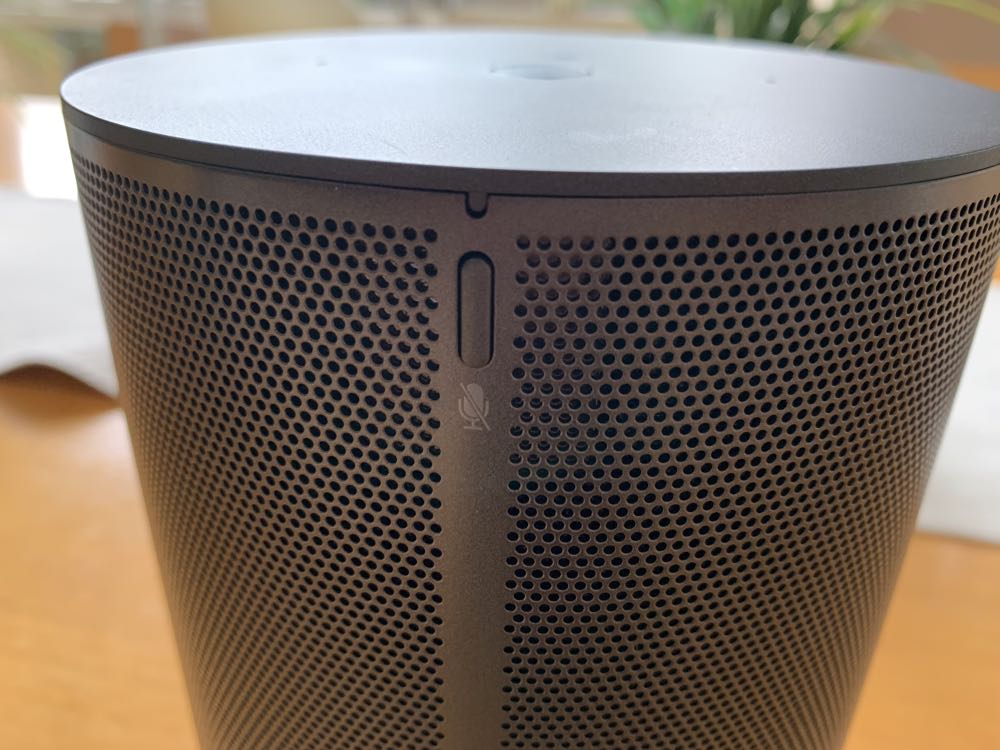 The LG WK7 is priced at $299 (although we have seen it advertised for $199) which puts it in the middle of the market.

It’s cheaper than Google Max and Apple’s HomePod and about the same price as some of Amazon’s Echo products.

The LG WK7 is an affordable smart speaker that offers impressive audio quality with convenience of Google Assistant.