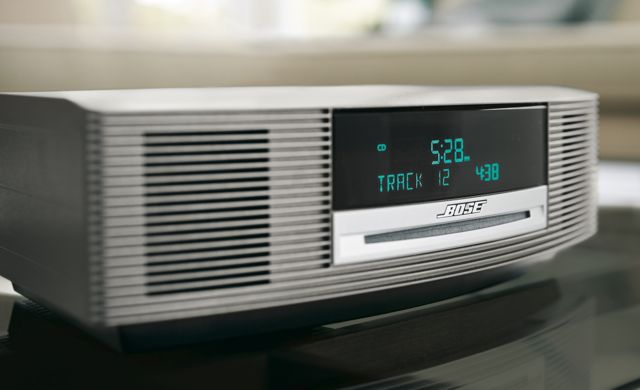 Bose’s well-known Wave systems have been given a significant upgrade while still retaining their high audio performance and small footprint.

The Bose Wave Radio III and Wave Music III now include improved AM/FM tuners for clearer reception, complete with song and artists titles displayed on-screen, with a new digital version for each system that adds all the benefits of DAB+ digital radio as well.

The new Bose systems include a slot-loading CD player as well as auxiliary inputs to connect other devices like MP3 players, smartphones, tablets and computers.

Users can also connect the Bose Wave Radio III and Wave Music III to their high definition television and pipe the audio output through the system’s impressive speakers to enhance the viewing experience.

The Wave systems can also be used to stream music from a computer with an optional Bluetooth adaptor ($219) and to dock an iPhone or iPod with the Wave Connect Kit ($169).

Each system also integrates dual alarms with the ability to set different wake up times from different sources and at different volumes.

For added convenience each unit also has a new touch pad interface for simple control or to snooze the alarm.

Bose has integrated its iconic Wave technology to deliver stunning audio through each speaker.

The patented waveguide system, first introduced by Amar Bose back in 1993, allows the system to produce larger, authoritative sound from a smaller unit.

The Bose Wave Music III and Wave Music III Digital will be priced at $699 and $799 respectively. It can purchased in Platinum White, Graphite Grey or Titanium Silver.

All of these new Bose products will be available from June 4 through Bose retail stores and toll free at 1800 173 371.

Stay tuned for a detailed review of Bose Music System III Digital on Tech Guide in the coming weeks.

Bose VideoWave is a TV and surround system in one