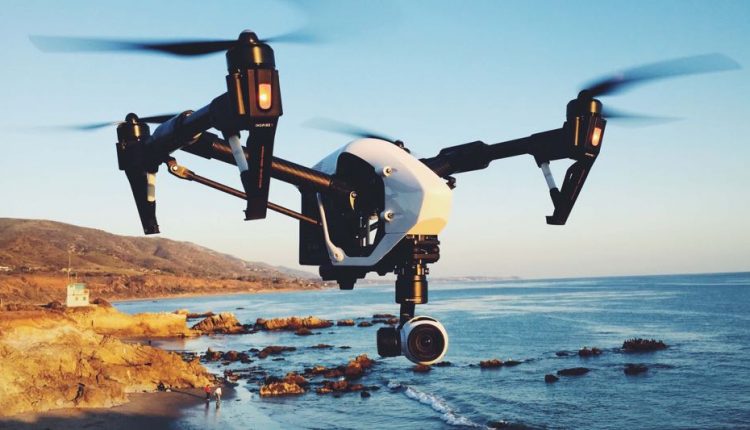 With the rapid growth of drones in various sectors, there are more and more people looking for employment opportunities in this exciting new category which is going from strength to strength.

One way of doing that is obtaining a remote pilot’s licence which would allow you to fly a UAV (unmanned aerial vehicle) professionally.

And that’s exactly what I did when I recently completed the UAVAir Certificate III Aviation (Remote Pilot – Visual Line of Sight) course – the only one approved by both the Civil Aviation Safety Authority (CASA) and the Australian Quality Training Framework.

My new qualifications also include an Aeronautical Radio operators certificate.

The course runs for seven straight days and is preceded by a two-week online course and pre-course practice with a nimble micro drone.

It costs $3995 but for that you get the entire course, a UAV handbook, a micro drone to keep and that covers all the fees you have to pay to CASA to apply for your licence and radio operator certificate.

At the end of the course you are qualified to fly a drone professionally and apply for liability insurance if you ever decide to set up your own UAV business.

The first thing a client is going to ask if they book you for a job is whether you’re covered by liability insurance.

And the only way to get liability insurance is with an ARN (aviation reference number) and a remote pilot licence. 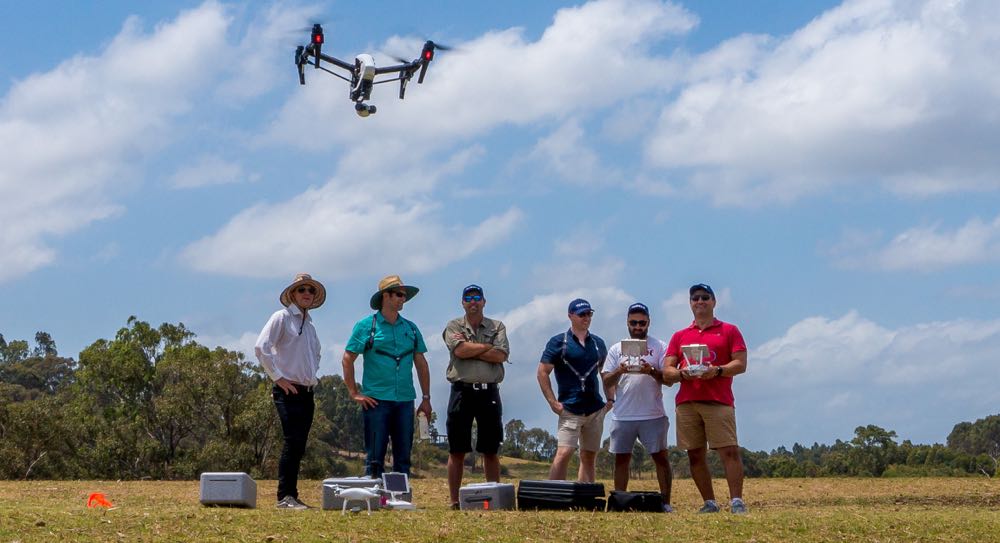 The Sydney course I was part of was held out at City Farm in Calmsley Hill from 9am to 4.30pm every day.

There were two highly professional instructors who guided us through 14 modules about all aspects of flight including:

We also learned about meteorology and judging the weather conditions, learned about the principals of flight and how to fill out a flight log.

There were eight people in the class (all men in our case but there have been plenty of women taking the course) from various backgrounds with plans to get involved with drone photography, asset inspections, mapping, farming and agriculture.
It was an amazingly thorough course that included lots of theory that aircraft pilots would learn. 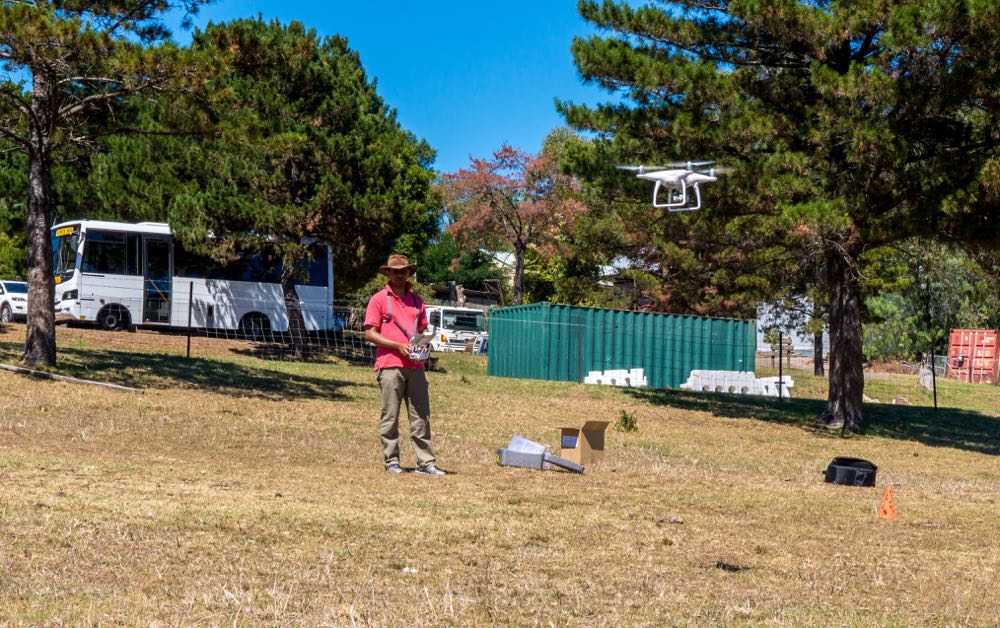 What took me by surprise was the amount of information you needed to know to be able to fly a UAV safely. And to know when and where.

Part of the course was learning to read a chart, spot potential hazards, know the difference between prohibited, restricted and dangerous areas and who to contact if you need permission to fly.

There would be many people who have spent a couple of thousands of dollars on a drone and think they can fly it anywhere.

Yes, there is a little slip of paper from CASA inside explaining that you can’t fly within 5.5km of an airport, at maximum height of 120m and not within 30m of people and buildings.

But it’s not unusual to see that paper cast aside in their excitement to get into the air with their new drone.

Safety is the number one priority when it comes to piloting a UAV.

Sure, having the skills to pilot the drone well is one thing – but what the UAVAir course teaches is how to fly safely which thereby means you’re flying it well.
But the course isn’t all spent in the classroom.

Each student was assigned a DJI Phantom 4 drone for the week. This became our responsibility so we had to make sure the controllers and iPads where charged and that we made sure we had enough batteries charged and ready to go. 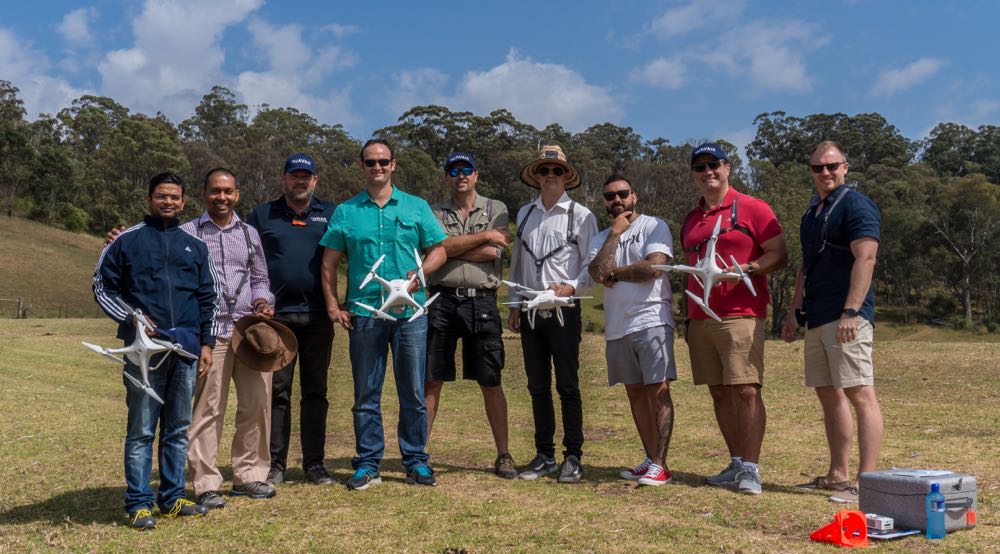 In the course, students will log a minimum of five hours flight time and be given exercises to practice things like changing the drones orientation and moving through a course of cones.

Another part of the flight training is learning to fly in manual mode. The Phantom 4 has a GPS mode, which is how most people fly it, and this means the drone can hover in place and automatically compensate for any wind.

But flying in manual mode (known as Atti mode on the Phantom) was a whole new ball game. It is almost like going from an automatic car to driving a manual but much harder.

While this mode was difficult it forced us to always be thinking about controlling exactly where the drone needs to be.

Battery management was an important component of the course. Batteries for a drone is like fuel or a plane. You can’t fly without it.

So, part of the skill set we developed as UAV pilots was learning when we need to head back and land before we ran out of power.

Unlike a plane which can glide if its engines stop, a drone will simply drop out of the sky if it runs out of power.

So, setting the limits in the DJI Go app, which helped us control the Phantom 4, gave us a safety buffer.

You have to remember, if you get a low battery warning and you’re flying out over water, you have to make sure there’s enough juice onboard to get the drone back to you on dry land for a safe touchdown.

During each flight session, we were each given three or four fully charged batteries which would give each of us about 21 minutes of flight time per battery.

A common saying among the group was that were going to “fly a few batteries” which meant replacing the low battery with a fresh one till we ran out of fully charged batteries.

At the end of the week we had to take an exam which had a 70 per cent pass mark and on the final day we had to each pass a flight test which involved flying the drone over some cones, hovering in different orientations in Atti (manual) mode, flying circuits at various heights, avoiding obstacles and executing some tricky figure eights.

I had flown drones before and thought I knew a fair bit about them.

But it wasn’t until I completed the course that I learned what it takes to really fly a drone safely and efficiently.

These are the skills and instincts for proper flight management, best practices and safety awareness that you can only learn from completing UAVAir’s excellent course.

And those are the qualities that makes the difference between being just a drone owner and a qualified and capable drone pilot.