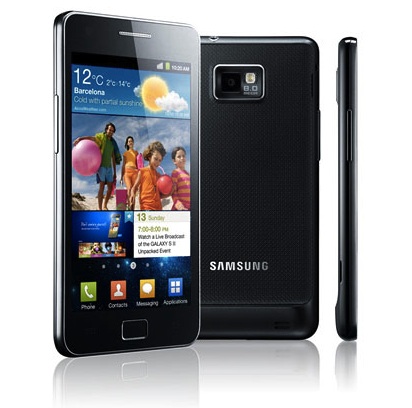 The update is available for global or international version of the Samsung Galaxy S II – otherwise known as GT-I9100 – running Android 2.3 Gingerbread.

Samsung was named manufacturer of the year and the Galaxy S II was also awarded the Best Smartphone award at the recent Mobile World Congress Awards in Barcelona.

To upgrade to the new software Galaxy S II users have to firstly update the Samsung KIES software from 1.5 to 2.0 before downloading the Android 4.0 update.

Alternatively users can turn on the wi-fi on the device and go through FOTA (firmware over the air) in the device’s settings.

One thing to note when attempting the upgrade, users may see their home screens have their sequence of applications altered.

Data like contacts, messages and pictures will still be retained but, as a precaution, users should back up their device through Samsung’s KIES interface that allows the device to connect wirelessly to their computer and manage their content.

There may be some applications which you’ve already downloaded to the device that may not work because they have not been optimised for Ice Cream Sandwich (ICS).

Check to see of there is enough room on your device to fit the upgrade. It may be necessary to delete some apps, emails and messages to make enough room.