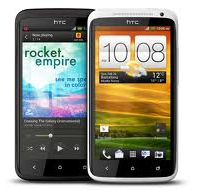 HTC’s One X, the world’s first smartphone with a quad core processor, will be available for Vodafone customers from Tuesday, April 3.

The device, which is running Android latest 4.0 Ice Cream Sandwich operating system, has a huge 4.7-inch high definition screen and an 8 megapixel camera.

Also on board the HTC One X is Beats Audio for an enhanced sound experience plus a sync manager which can wirelessly synchronise your playlists including those on iTunes.

Vodafone is offering the HTC One X for $0 upfront on a $59 24-month plan which includes $750 of flexible value for either national or international calls, unlimited texts and 1.5GB of data.

With a quad core processor under the hood, the HTC One X promises to offer a powerful experience and superior computing power in the palm of your hand.

The plan comes with Vodafone’s Network Guarantee after 14 months of major upgrades and improvements to the company’s nationwide network.

If customers are not happy within 30 days, they can get cancel their contract and pay just for what they’ve used.