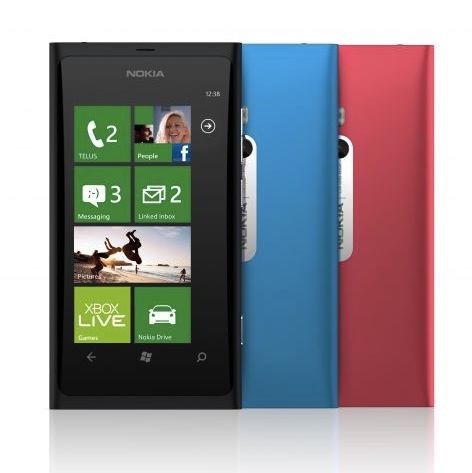 Nokia’s new line of smartphones with Windows Phone 7 on board will be available in March through Telstra, Optus and Vodafone and all major retailers.

“It signifies a new beginning for the company, bringing together the very best of Nokia’s handset design and services with the latest Windows Phone software.

“Interest locally for Nokia Lumia, our first range of Nokia with Windows Phone devices, has been extremely positive, with a significant appetite from operators and retailers looking to offer consumers a real smartphone alternative.

“With uptake from all Australian operators and major retailers, the launch of the Nokia Lumia 800 signals our intent to regain leadership in smartphone design and usability.”

The Nokia Lumia 800 features a 3.7-inch ClearBlack AMOLED screen and a sleek curved case which will be available in black, blue, pink and white.

On board users will find a high-quality 8 megapixel camera with a 28mm Carl Zeiss wide-angle lens which can also capture high definition video.

The home screen will be made up of animated tiles which are live shortcuts to mail, news, calendars, social networks, navigation, music and gaming.

Each tile can be programmed to deliver easy access to a particular app or function of the device.

The Nokia Lumia 800 will include a People Hub – an aggregation of social network feeds from Facebook, Twitter and LinkedIn.

Other features will include Nokia Music and Nokia Drive.

With Nokia Music, users can access music services and features like Mix Radio which can stream hours of music for free and even dividing playlists by genre or taste.

Nokia Drive will be available in 100 countries and turns the Lumia 800 handset into a fully-fledged GPS system with voice-guided turn-by-turn navigation as well as live traffic information.

The device will have 16GB of storage on board plus an additional free 5GB of cloud storage using Microsoft’s SkyDrive.

The Nokia Lumia 800 will be available in March through Telstra, Optus and Vodafone along with all major retailers.