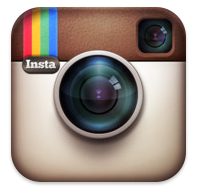 A warning has been issued to Android smartphone users about a fake version of the Instagram photo-sharing app which can infect devices with malicious software.

IT security company Sophos has discovered cyber criminals have created the malware to earn money from unsuspecting users.

To take advantage of Instagram’s increased popularity, the fake Instagram app was created and distributed by a Russian website posing as an official site.

Once the fake Instagram is installed it sends premium-rate SMS messages in the background and earns revenue for its creators.

Sophos has warned Android owners they should not download apps from unapproved sites but rather from the official Android Google Play store.

“Just last week, we saw a bogus edition of the Angry Birds Space game and it’s quite likely that whoever is behind this latest malware are also using the names and images of other popular smartphone apps as bait.

“Android users need to be extremely careful when downloading applications from sites, especially when they’re not official Android markets.”