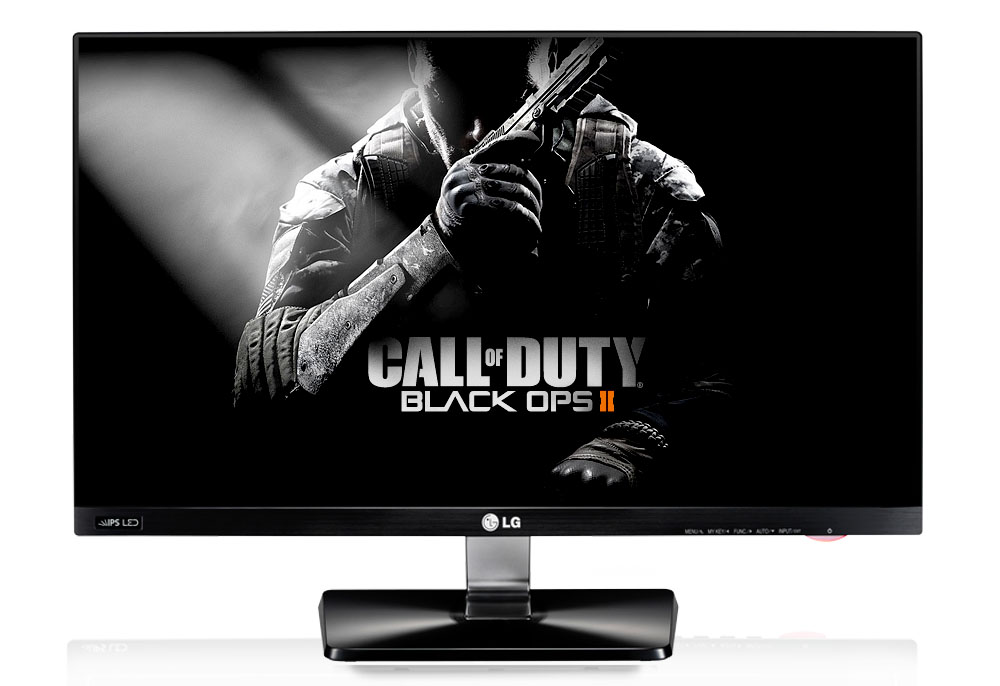 LG has partnered with Activision to showcase the highly-anticipated Black Ops II on the new IPS7 monitor which can display games just as well as movies.

LG and Activision will collaborate in the Australian market and combine their products – LG’s IPS7 monitor and Activision’s Call of Duty: Black Ops II – to show customers just how immersive the experience can be.

The IPS7 series of 1920 x 1080 full high definition LED monitors is available in 23-inch and 27-inch sizes and provide a clear and sharp picture, lifelike colour, a wide viewing angle and a fast 5ms response time to keep up with the heart pounding action.

Call of Duty Black Ops II promises a truly cinematic experience and Activision views the partnership with LG as a way of providing a memorable experience for gaming fans.

An important feature for gamers is Smooth Colour Change that supports fast moving images like action movies and games and less eye strain even when using the monitor for extended periods as Call of Duty players tend to do.

The IPS7 monitors include a HDMI input so can accept a signal from a number of devices including gaming consoles, computers, Blu-ray players and home theatre systems.