It’s been eight months since the Sydney Microsoft Store – the first flagship store outside North America – opened and it has been a huge success, despite fears no one would come to the grand opening.

“We had about 100 people in the queue and the biggest concern was that we’d have no one turn up,” said store manager Nick Wells.

“Then an hour and a half before we opened the doors we had a huge line stretching down Pitt St Mall which was incredible.”

Since opening day on November 12, the Sydney Microsoft Store has exceeded everyone’s expectations.

In fact, it’s been so busy they even had to double the number of sales and service staff.

“People have been so engaged with our first party products – the Surface Pro 4 and the Surface Book – and the acceptance of the Australian customer was incredible,” Wells said.

Another success in the store has been the events.

“Our events have been great around the Xbox, we had Jarryd Hayne playing Madden 2016,” says Wells.

“We’re trying to engage not just kids but their parents as well.” 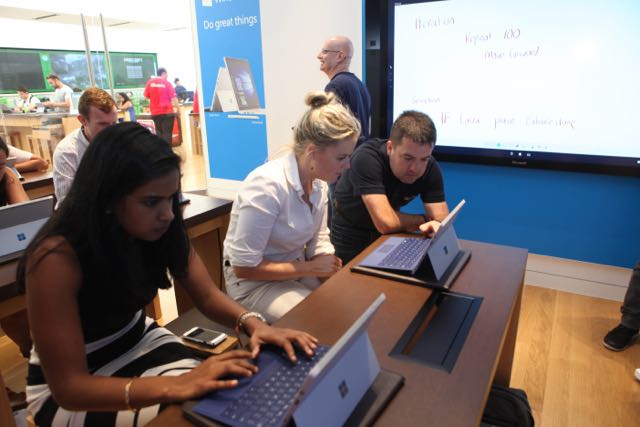 The Answer Desk – the part of the store where customers can troubleshoot their issues and seek help for their software and hardware, has also come a long way since opening.

“We also provide out of box experiences and offer free personal set ups of any product purchased in the store.” 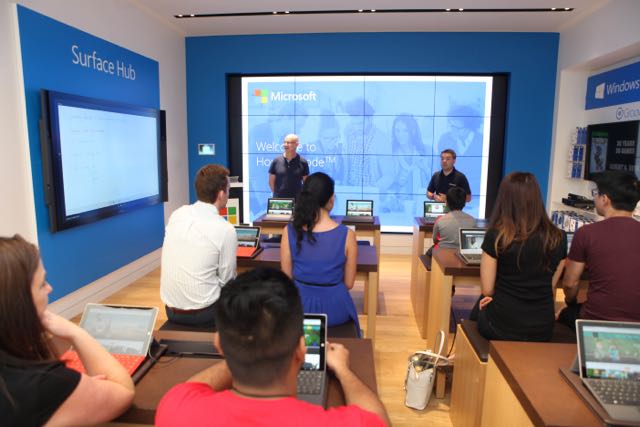 Customers can also get free lessons for the products they’ve just purchased.

But some of the biggest achievements in the Microsoft Store didn’t even take place in the store – but out in the community where the company has strong ties with youth groups and schools.

“Every member of staff has volunteering hours they can use over the course of the year out it in the community with different programs that they are passionate about,” says Jessica Erhart, Community Development Specialist.

After the store’s opening in November, Microsoft gave away $3.2m in tech grants to 12 organisations and working with young people.

“But it’s more than just giving away a big donation, it’s about the continuing, ongoing relationships,” Erhart says. 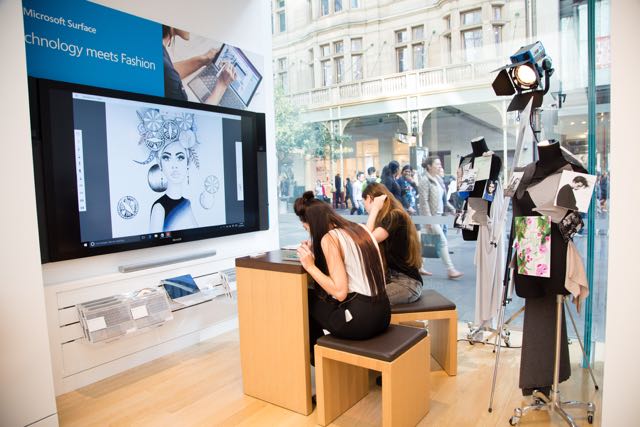 “We’re working with schools, school groups excursions and run coding classes every Saturday morning which is free for kids – and adults.

“One of the things I love when kids are in the store is seeing them collaborate even if they haven’t met before – they will work through some different challenges.”

But what has made the store what it is today is the diverse range of staff members (the teams speaks 21 different languages including Chinese) and customers.

According to Product Advisor Sukhjeet Kaur there is a mixture of young and older customers, senior citizens – and lots of tourists.

“Some people come in store to check email. I remember one couple from Europe on holidays would come in everyday between 12-1pm. And that’s fine.”

None of the staff on the Microsoft Store work on commissions so they’re not putting the hard sell on customers.

“We aim to find the best solution and the best products to suit their needs,” Kaur said.

“We give them options and advice. That’s why we’re not sales persons but product advisors.” 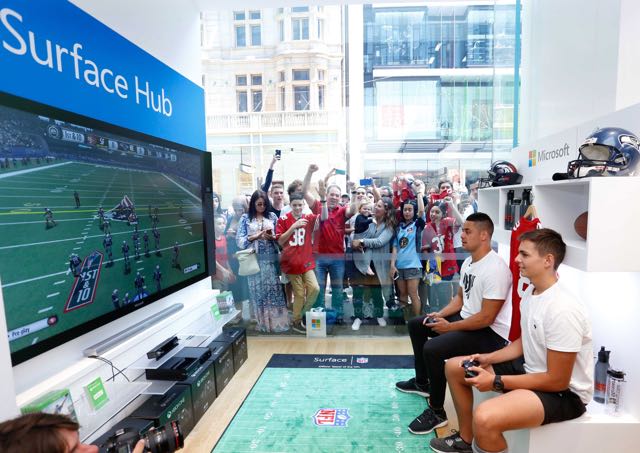 Kaur says a memorable customer was a deaf woman who came to the store with her husband (who was also deaf) looking for a phone.

“They were using sign language and I spent half an hour with them and I found out it was the first phone she’d ever bought,” Kaur said.

“She communicated to me that she wanted a bigger screen and wanted to take photos and send text messages and use social media. She was super happy.

“That makes me feel proud to work here.”