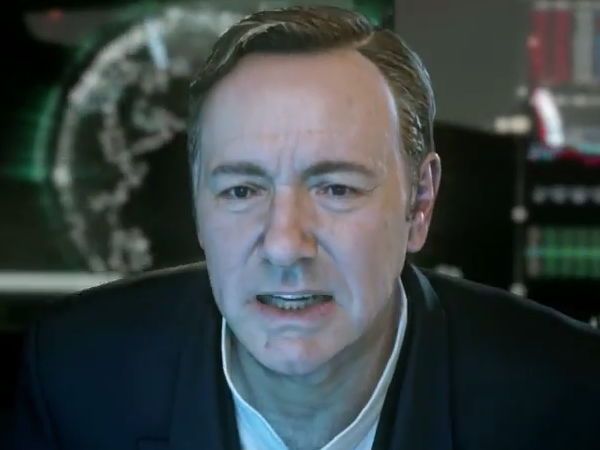 Call of Duty fans better circle November 4, 2014 on their calendar. That’s when the latest game– Advanced Warfare – will be released.

A new reveal trailer shows new gameplay mechanics that are designed to utilise the next generation consoles’ processing power to deliver an all-new gaming experience.

And on top of that, Academy Award-winning actor Kevin Spacey is the star of the game and delivers a powerhouse performance.

The game is set in the year 2054 and world has been ravaged by a global attack.

A private military corporation is humanity’s best hope to survive and rebuild with advanced technology.

Players assume the role of an advanced soldier within the ranks of a specialised unit boasting cutting-edge exoskeleton abilities and using high tech gear.

This equipment gives soldiers almost superhuman strength to take on the enemy.

“This is our first three-year development cycle. It’s our first time with Sledgehammer Games at the creative helm.

“And we’re shaking up the formula in several ways. New core gameplay mechanics with the exoskeleton suit. A riveting new story. An iconic new character played by one of the world’s best actors in Kevin Spacey.

“We’re having a lot of fun making this game, and we think the world is going to have even more fun playing it.”

It is also the first time actor Kevin Spacey has starred in a computer game.

“It’s been a lot of fun working with the team to bring Jonathan Irons to life.  The technology is truly remarkable and unlike anything I’ve done before.  I’m excited to see where this goes,” Kevin Spacey said.

Call of Duty: Advanced Warfare will be released on November 4, 2014.

Our hands on with Call of Duty: Ghosts multiplayer