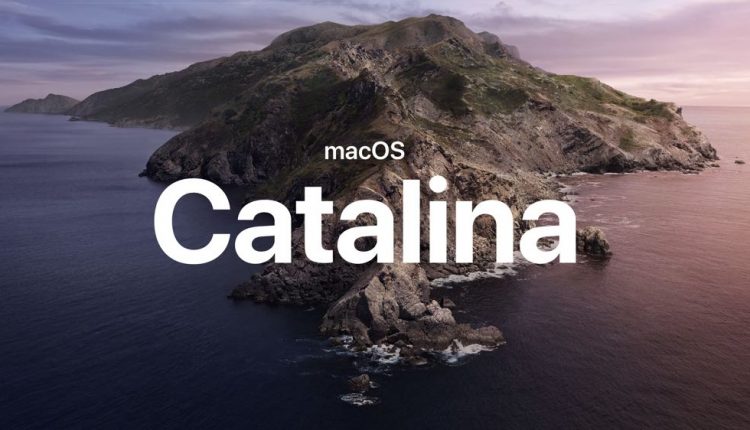 ITunes is dead. Long live Apple Music, Apple TV and Apple Podcasts. This was the news from the Apple Worldwide Developers Conference in San Jose today when Apple announced its new macOS Catalina – the new software for its Mac line-up.

Gone was iTunes – the popular app we grew to love and in its place were three new apps – Apple Music, Apple TV and Apple Podcasts – which give users a clearer and easier way of finding their content and discovering new content.

Over the years iTunes became the application where Apple loaded new features and content types.

It had become a bit unwieldy in the last 18 years and Apple thought it was time to evolve rather than execute iTunes into these three clear pillars.

In fact, Apple even joked about how everything was being added to iTunes over the years during the keynote.

But don’t worry all of your content will still be there in their respective apps whether it’s music, video or podcasts.

“The evolution of iTunes from something that had perhaps become a little too cumbersome and out of hand tool more discrete areas which are very aligned with Apple’s business and Apple’s ability to generate money from services,” Ben Wood, chief of research at CCS Insight, told Tech Guide.

“Clarity around music video and pod casts should be a lot easier for customers using iPhone.”

In the past we’ve had Mavericks, Yosemite, El Capitan and Mojave and now there is Catalina.

It will be available in July as a public beta before officially being released later this year.

There are numerous new features that go with the operating system including Sidecar which allows users to use their iPad as a second display for their Mac.

This means you can increase your screen space and spread out your work.

Sidecar can also mirror the screens and display the same content which can be used to either share what you’re seeing with others or to bring Apple Pencil functionality to the Mac and do things like drawing and sketching or marking up screenshots and PDFs.

Screen time – a feature introduced with IOS 12 to monitor your usage – will come to the Mac as part of macOS Catalina.

Also on board is the new Find My app which brings together Find my iPhone and Find My Friends into a single easy-to-use Mac app in the event of your Mac being stolen or misplaced.

Even when off-line and sleeping, the Mac laptop can send out Bluetooth signals that can be detected by Apple devices in use nearby and relay the detected location of your Mac to iCloud.

All this information is anonymous and encrypted end to end so no one but you knows the identity of any reporting device.

Another major new feature for macOS Catalina is voice control so users with physical disabilities can still use their Mac and its applications just by using their voice.

It will now be possible to open files, scroll webpages and documents, open and compose emails, add links and much more simply by using your voice.

Voice Control will also be rolled out for iPadOS and iOS devices as well so they too can be controlled with voice.