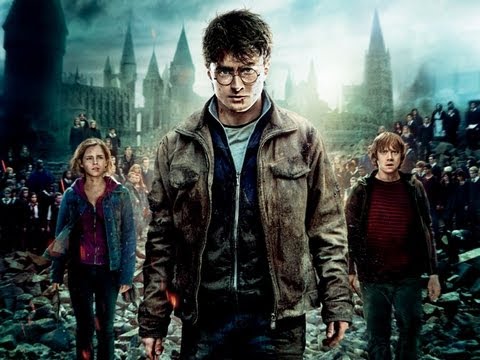 Harry Potter fans will be counting down the days until September 5 when the spectacular limited edition collectable box set is released.

The Harry Potter Wizard’s Collection will feature all eight films plus exclusive never-before-seen content along with memorabilia which true fans will adore.

Each massive box set will be numbered and will contain every available version of the Harry Potter films on 31 discs on Blu-ray, DVD and digital copy plus 37 hours of special features which encompasses all of the previously released materials.

There’s also 10 hours of new bonus content and a bonus disc with more than four hours of never-before-seen material.

This new material includes the final two “Creating the World of Harry Potter” features called “Story” and “Growing Up”. Other features will be announced closer to the release date.

This is the largest collection ever created by Warner Bros and includes artistic and authentic memorabilia including maps, concept art prints, catalogue of props and posters that will delight fans who have ever dreamed of attending Hogwarts.

These collectibles are exclusive to this incredible limited-edition box set and each item and more will be revealed in the coming months in an online campaign at www.harrypotter.com.

The films included in the Harry Potter Wizard’s Collection – all on Blu-ray, DVD and Digital Copy:

* Harry Potter and the Prisoner of Azkaban

* Harry Potter and the Goblet of Fire

* Harry Potter and the Order of the Phoenix

* Harry Potter and the Half-Blood Prince

The Harry Potter Wizard’s Collection will be available on September 5 is will priced at $499.95.