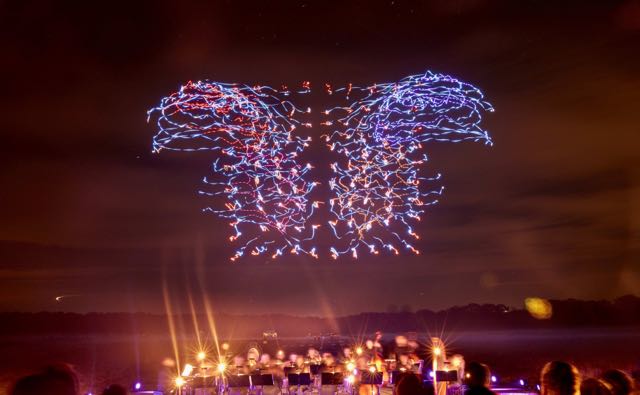 Vivid Sydney is about to be taken over by drones. The Drone 100, Intel’s world record-holding drone performance, will make its public debut and fly in formation above Sydney Harbour.

For five nights only – June 8-12 – the 100 illuminated drones will be flown in a spectacular choreographed routine to the sounds of the Sydney Youth Orchestra.

Weather-permitting, the Drone 100 will soar above Sydney Harbour in a seven minute performance each night at 7.55pm.

The drones will create different shapes and light patterns and also reveal a never-before-seen animation for the Sydney performance. 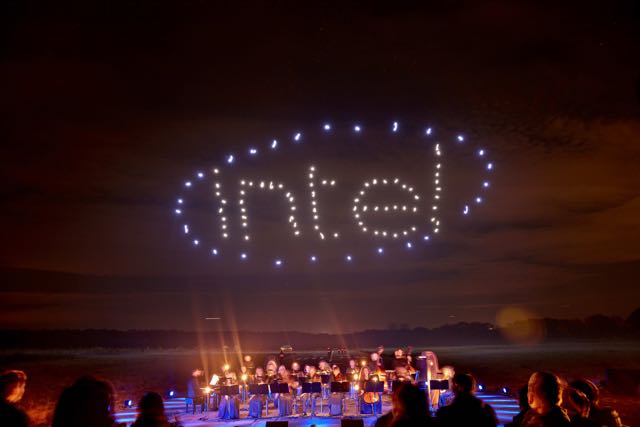 The 100 drones will be launched from a floating platform in Farm Cove in front of Mrs Macquarie’s Chair and will use the sails of the Sydney Opera as a backdrop for the flying performance.

The Drone 100’s inaugural flight took place above Hamburg, Germany in November 2015 and set the world record for the most unmanned aerial vehicles flying simultaneously.

But the Sydney performance will push the limits even further with the 100 drones flying over water and in front of a live audience.

“With drones quickly emerging as an important computing platform of the future, Drone 100 exemplifies what it means to reinvent experiences with new technology,” said Anil Nanduri, Intel’s general manager of unmanned aviation systems for its Perceptual Computing Group. 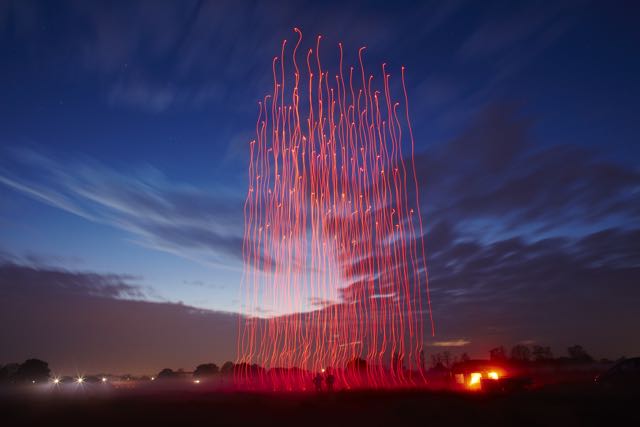 Intel is a major partner of the Sydney Opera House and will set up a VIP viewing platform on the eastern side of the iconic building overlooking Farm Cove.

Intel will release a limited number of tickets for each of the five nightly performances to be viewed from the VIP location.

Tickets are free with a maximum of two allocated per person. Details on how to secure these tickets will be shared on Intel’s Drone 100 Facebook page. 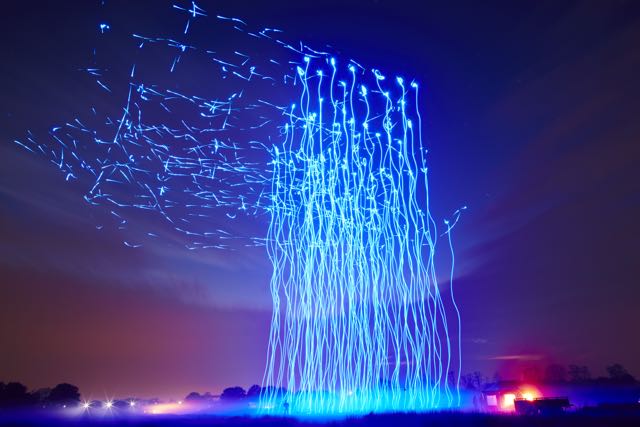 Intel has created a special division of the company dedicated realising the potential of UAVs and the ways they can be integrated into different industries.

* Infrastructure inspection and repairs of tall structures, such as bridges and towers

* Search and rescue, including bush and oceans

* Fast delivery of medicines and medical equipment in emergencies

* Crop inspection across hundreds of hectares of land, including pests and irrigation. 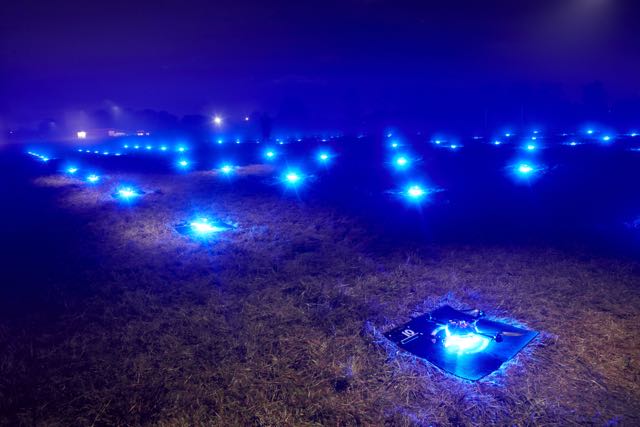 The Drone 100 performance is weather-permitting and my not go ahead in the event of rain, storms and high winds. But updates will be posted on the Intel Drone 100 Facebook page.

Intel is in its sixth year as Vivid Sydney partner and it has helped deliver the interactive displays across the city.