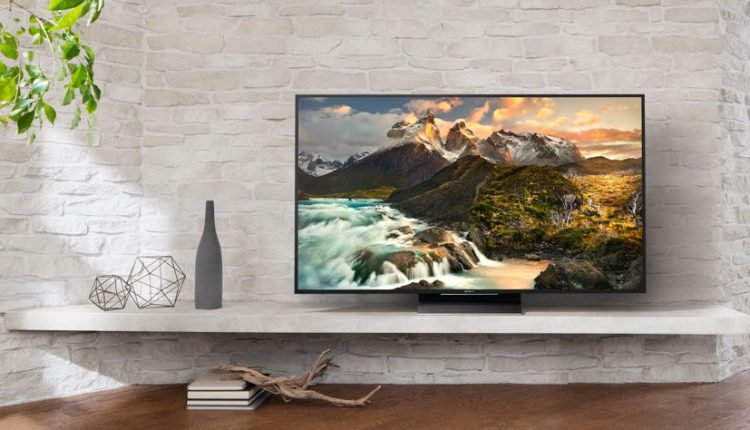 Sony has just released its latest flagship 4K HDR Ultra High Definition television that incorporates the best of the company’s technology into one impressive product.

Not only are you getting the increased 4K UHD resolution – that’s four times more pixels than full high definition – but there’s also HDR (high dynamic range) onboard as well so there is more detail in the darker and lighter areas of the screen.

So it shows Sony isn’t just packing in extra pixels with the Z9D but doing something remarkable with them.

Tech Guide took a close look at the Z9D for our review and the quality was so impressive we had to pick our jaw up off the ground.

On the design side the TV also has some fine credentials. It has a black slate look with gold edging and narrow bezels so all you’ll see is the dazzling picture. 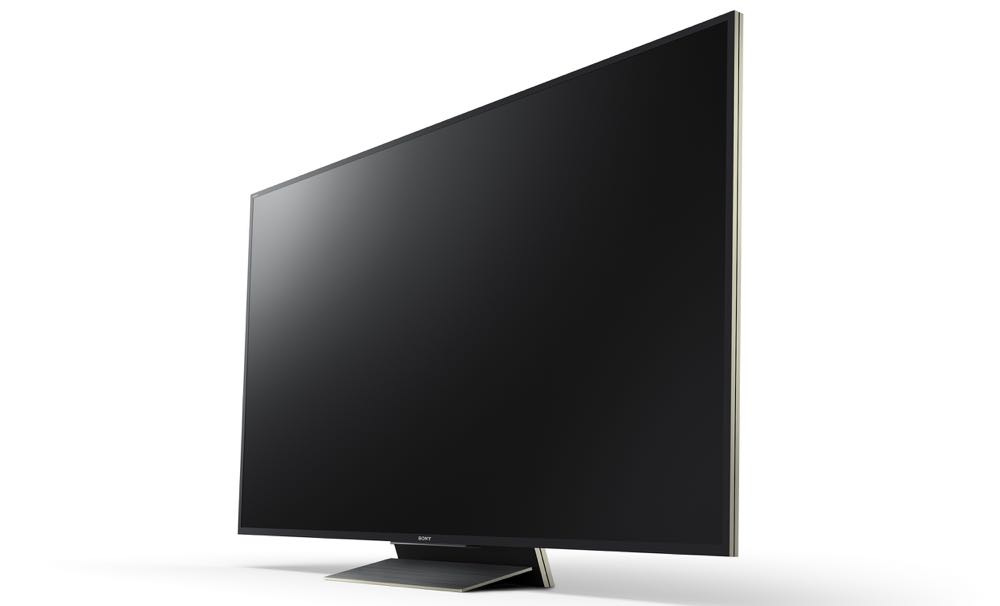 What we also liked about the Sony Z9D is the low profile aluminium stand which sits below the center of the TV.

This means it can fit on a smaller surface – unlike other TVs with legs on the outside edges of the screen which require a longer entertainment unit to rest it on if you’re not wall mounting it.

And the back of the TV also has a cool cable management system so it will look neat and tidy even with several sources connected. 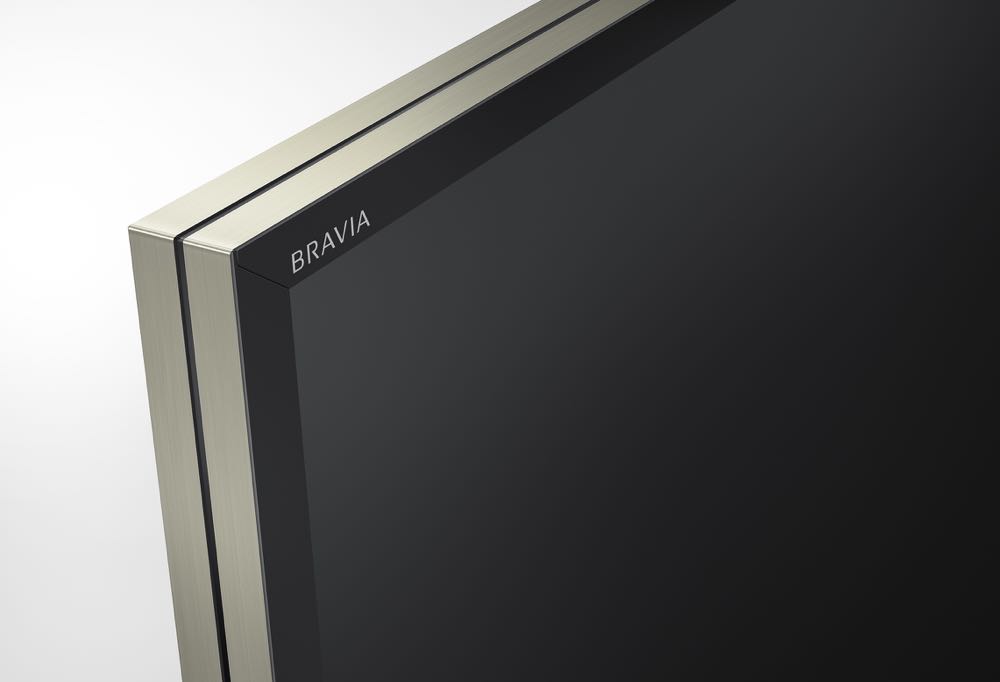 The Sony Z9D is running the Android Marshmallow operating system and offers an easy way to navigate your content whether it’s coming from the internet or a connected device.

Speaking of connected devices you can hook up an external hard drive to the Sony Z9D and use it for your recording.

Having Android onboard means you can access apps and games and also send content from your smartphone or tablet using the onboard Chromecast. 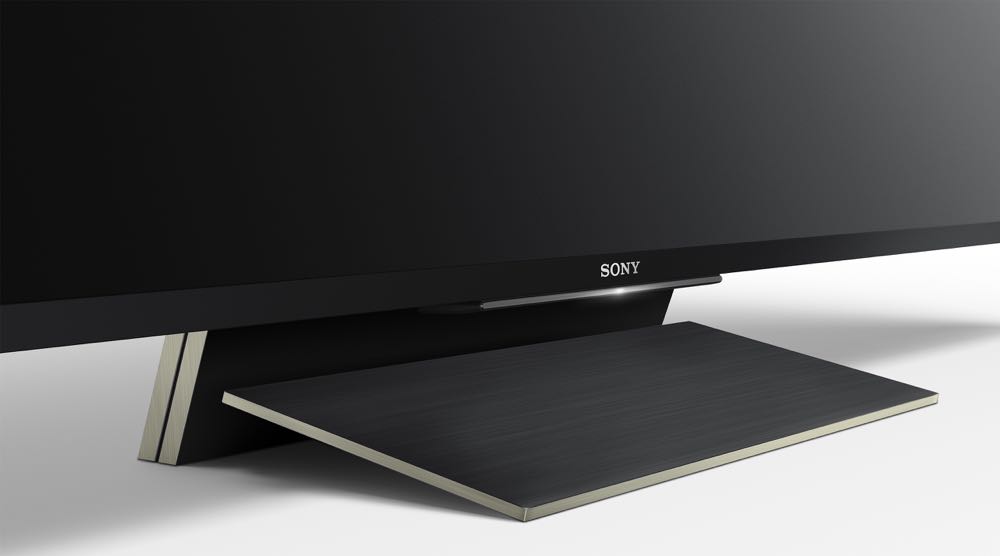 But the heart of the Sony Bravia Z9D is the 4K Processor X1 Extreme which does 40 per cent more real time image processing than the previous chip.

It also looks after the colour and contrast and the bit mapping for the 4K HDR.

The Z9D can not only upscale the resolution of your content to near 4K quality but it can also turn standard dynamic range into high dynamic range.

The TV takes the standard 8-bit SDR signal and upscales to 14-bit and smooths it down to 10-bit HDR. 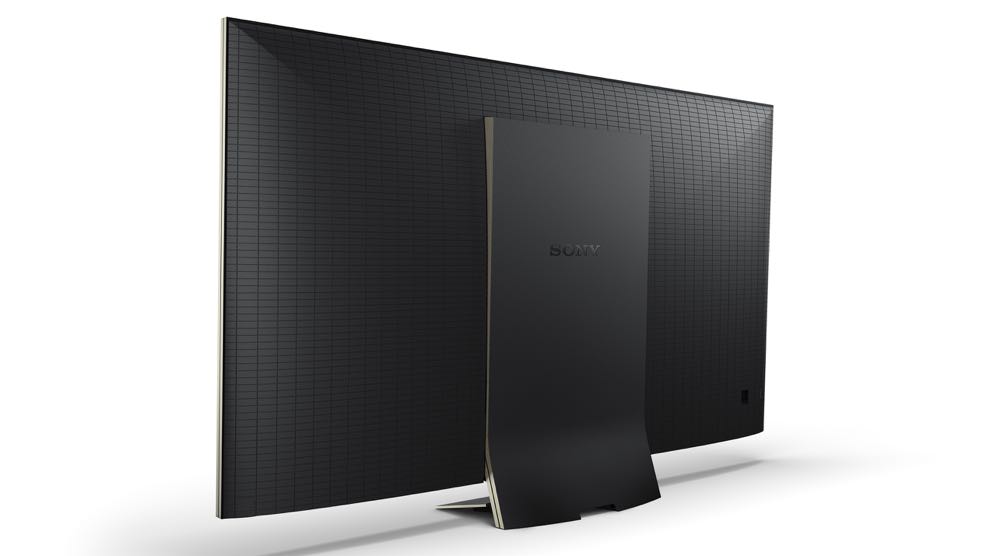 This feature alone will make all of your content look great and take out some of the image banding you see on the screen.

On the upscaling side, Sony has once again nailed it so Blu-ray Disc movies looked fantastic.

The textures, colour and image quality looks this good when upscaling because Sony has a data base of thousands of picture patterns which is used to remove noise and upscale images to 4K sharpness.

Of course when watching native content off a 4K disc, the picture quality will make you weak at the knees.

Such precision, accurate colours, textures and detail. We watched The Martian, The Revenant, Star Trek: Into Darkness and the new X-Men Apocalypse on 4K disc and the Sony Bravia Z9D delivered big time. 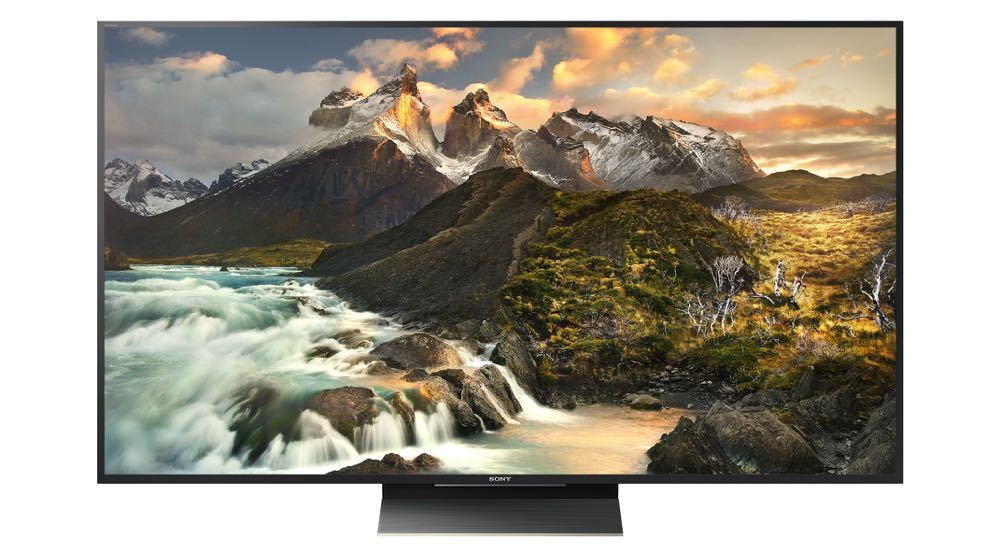 But it’s not just the 4K Processor Extreme X1 humming away under the hood.

The Triluminos display of the Z9D also has to take a lion’s share of the credit here as well, especially the Backlight Master Drive.

This precision backlight technology and X-tended Dynamic Range Pro means the bright and dark areas of the screen can be hyper accurately controlled.

Add to that the dense LED structure which incorporates an algorithm to individually control every LED light.

Each LED light is also super focused so what you won’t see is LED flare which adds a smoky tinge to the black areas of the screens of some other LED TVs. 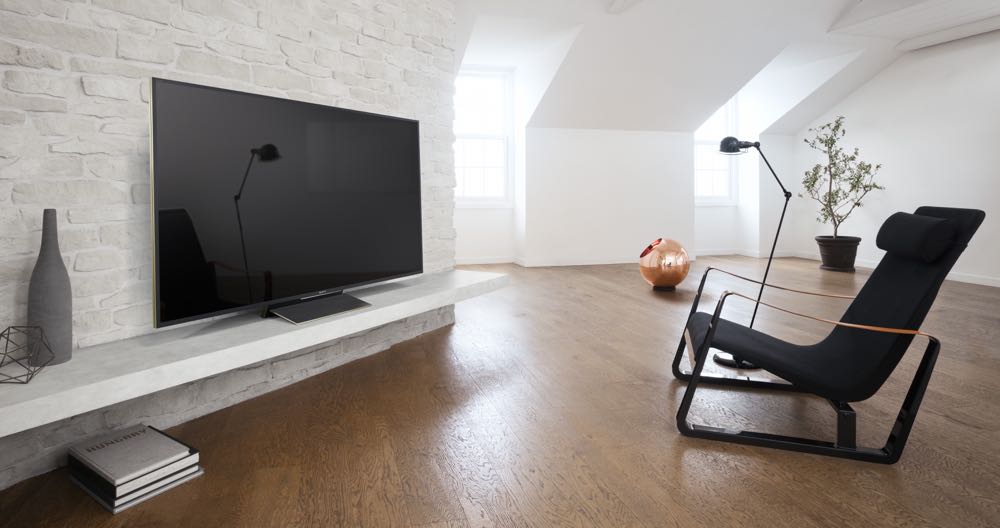 What all of these features add up to is a picture that has the best black levels we’ve ever seen on an LED TV and super bright and sharp images.

Even next to the brightest colours, the black part of the right next to it is still intensely black.

That there is why your content will look great.

The Sony 65-inch Bravia Z9D 4K HDR LED TV is available now but is not the cheapest option at $6,999 but it’s certainly head and shoulders above most other LED TVs in the market.

Sony has truly delivered their best TV ever with the Z9D. It artfully combines the company’s best image processing, upscaling and display technology and produces a truly stunning result.

Why new relaxed drone laws could increase the dangers to aircraft