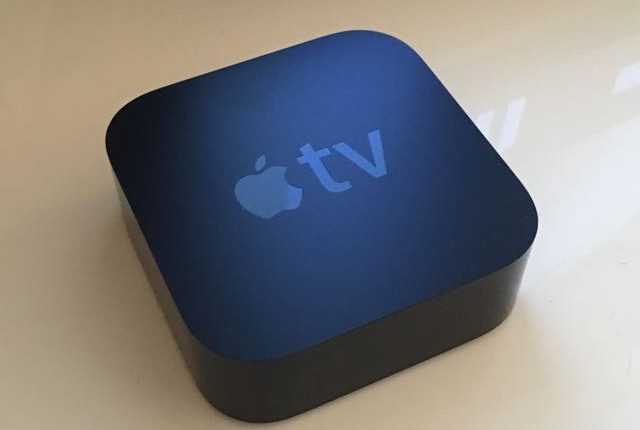 The new Apple TV – called the future of TV by Apple CEO Tim Cook when it was unveiled in September – is now available to buy. And it’s bigger, better and smarter than the previous model.

Apple TV can enhance a user’s experience with the best and biggest screen in the house. And it does that by introducing apps to the TV via an all-new tvOS – an operating system that will allow developers to create apps optimised for the big screen.

iTunes, Netflix, Tenplay, Stan are apps we’ve already used with Apple TV but the 2015 model takes that even further with more categories of apps including games, fitness and travel.

Also onboard the full high definition Apple TV is Siri which gives users even more control and the ability to get to the content you want even faster. 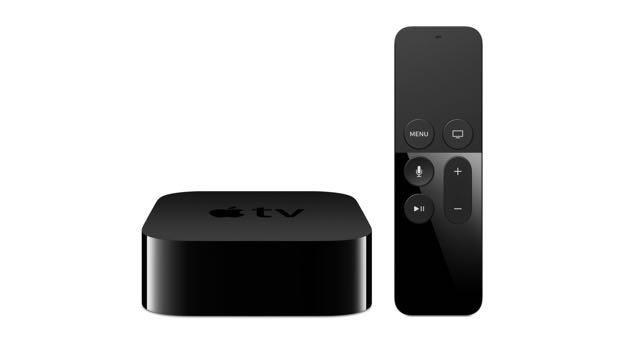 The remote control has also been reinvented with a new look and new features including a mini trackpad that completely changes the way you navigate the Apple TV menu and your content.

The content is given pride of place with large posters for films and TV shows and rich information plates for individual programs and films showing edge to edge images, ratings, synopsis, pricing and full cast information. 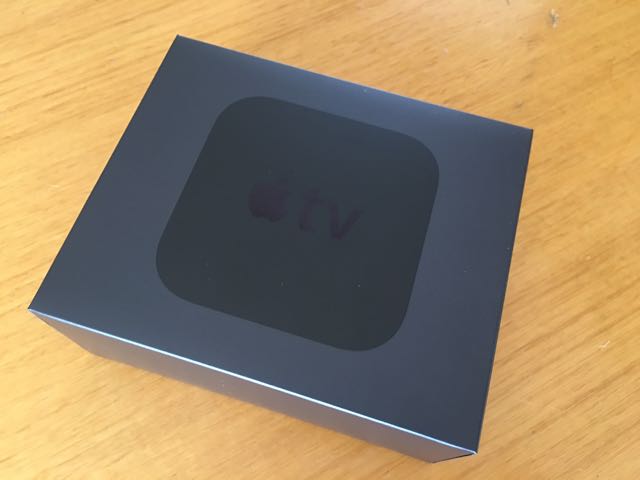 The new Apple TV is the same shape and colour as the previous model but it is a little taller.

On the rear panel you’ll find the built-in power supply, a HDMI port, a USB-C diagnostic port and an Ethernet port.

Under the hood is the 64-bit A8 processor – the same silicone used for the iPhone 6 and the iPad Air – which provides a fast and reliable foundation for the platform. 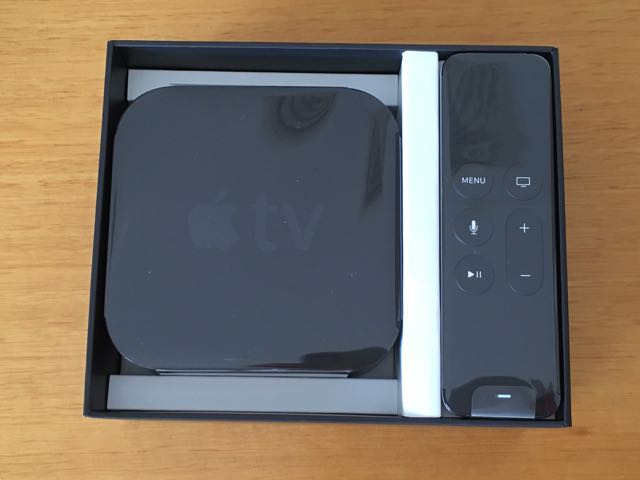 Setting up the Apple TV was made a lot easier when we brought our iPhone running iOS 9 close to the device. Through Bluetooth the Apple TV discovered our Apple ID, wi-fi settings and password from the iPhone.

When it’s connected to your TV, you’ll see the familiar layout and design that looks like the iOS 9 operating system seen on the iPhone and iPad.

Also onboard is a technology called CEC which allows the Apple TV to control the TV’s volume and turn the TV on and off. 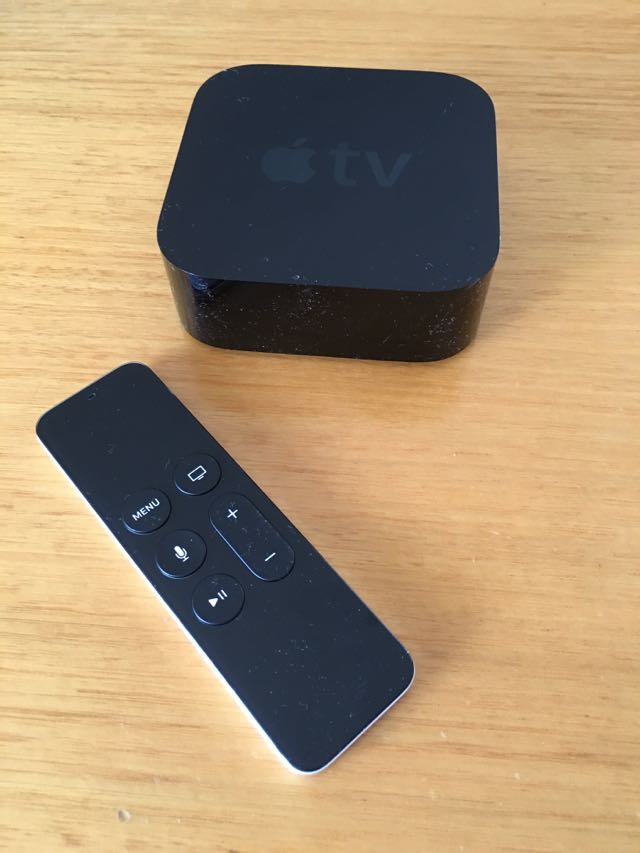 For our review we connected Apple TV to a Samsung TV and were able to, without any configuration, control the TV’s volume and turn it off and on with the Apple TV remote.

And when we clicked the trackpad to turn on the Apple TV, our TV immediately switched to the correct input.

The new controller for the Apple TV has been totally transformed.

It has a mini trackpad at the top for easy navigation of the menu or whatever you’re watching which is a lot smoother and faster than the directional keys of the old remote.

The trackpad gives you most of the control of the Apple TV just like the touchscreen on your iPhone so you have an easy way to navigate and an easy way to control playback.

The trackpad, like the one on the MacBook, is also clickable to make selections.

There’s also a home button to bring you back to the main screen with one click and the usual play/pause and volume keys.

Users will also find a dedicated Siri button – it’s the only concave button on the remote to make it easy to find without looking at the remote – and it works like a walkie talkie.

You press and hold the button to speak. And you don’t have to hold the remote up to your mouth – there are two microphones, one to listen to you and the other to cancel ambient noise.

The Siri remote also has a built-in accelerometer so it can be used as a controller for game apps to play on your TV.

There are so many things you can say to Apple TV using Siri to search and to control so the days of painfully slow typing your searches are over. 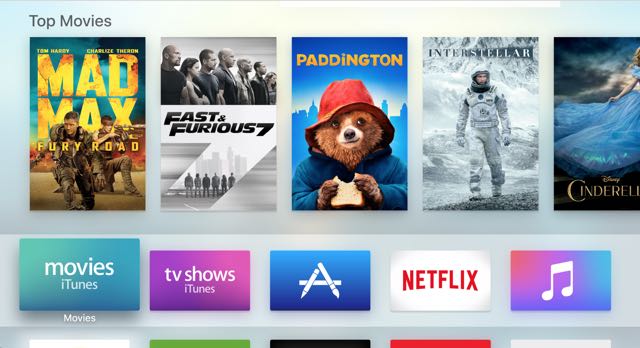 Now you can ask Siri to show you the latest movies, the latest sci-fi movies, movies starring Cate Blanchett and even make more specific searches like asking for comedies made in the 70s movies.

And you can just ask for a movie by name so getting to your content takes seconds.

But Siri isn’t just about search – it’s also about control. While you’re watching something you can tell Apple TV to go forward 10 minutes and go back to the beginning. 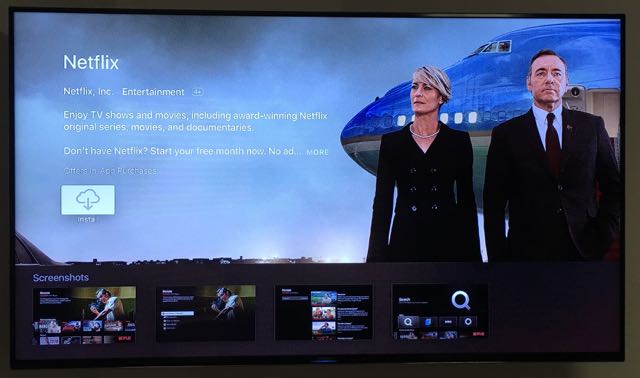 And if you didn’t hear a line from the movie, ask Siri “what did he/she say?” and it will skip back 15 seconds and play back that section with captions so you read what was said.

You can even ask Siri for sport scores, the weather, stock prices with these searches overlayed on whatever you happen to be watching.

Users can also use Siri to open apps by name.

Apple TV’s home screen is similar to the iPhone or iPad screen in that it allows you to arrange your apps how you like and move them to different parts of the screen.

You might, for example, move a favourite app to the top of the screen for faster access.

The interface even has parallax so a poster has a 3D effect when you use the remote’s trackpad to highlight it.

And, like with the iPhone, when you double click the home button on the remote, you can see the apps you’ve used recently and instantly switch between them.

Another feature is Idle Focus. When you put the remote down, the screen dims and keeps the last app you used highlighted.

With tvOS on board you can now download and use apps on your TV. You can play games using either the Siri Remote as your controller or you can pair an MFI-based controller – similar to what works with an iPhone or iPad – for even more control.

The games offer quite a rich experience along with amazing graphics.

But other apps like AirBNB allows you to plan your next family holiday all together on your couch.

Shopping apps like GILT are also are your fingertips for you to browse your next purchase from the comfort of your lounge.

There’s already a healthy number of apps on Apple TV’s App Store already but there will be a lot more coming.

WHAT YOU DON’T GET

Apple TV is a streaming device so there are no TV tuners and you can’t use it to record programs.

With pricing at $269 (32GB) and $349 (64GB), Apple TV is priced higher than some set top box recorders which have a smart element to them and the ability to install apps.

There is plenty of competition in the market including the $49 Google Chromecast and the $109 Telstra TV but these don’t offer the breadth of content, the excellent interface and voice control of Apple TV. That’s why they’re a lot cheaper.

It also doesn’t come with a HDMI cable so, if you don’t already have one, it needs to be purchased separately.

Most of the new smart TVs in the market will be 4K UHD and will come with their own apps like Netflix.

To watch Netflix in 4K you will only be able to do that using the native app loaded on the 4K smart TV.

If you watch Netflix through the Apple TV, even if it’s connected to a 4K smart TV, you will be limited to watching full high definition.

The new Apple TV is a major step forward and brings the smarts we’ve come to enjoy on Apple’s mobile devices to the television screen.

That said, the latest Apple TV does offer a massive improvement.

It has a wide range of content choices and apps and the most polished interface of any device you can connect to your TV.

Which brand of headphones topped the customer satisfaction survey