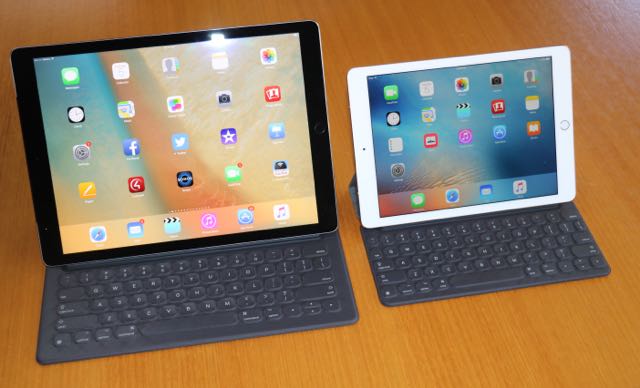 9.7-inch iPad Pro review – one of the best tablets money can buy

When we first met the iPad Pro it was available in one size – a giant 12.9-inch screen. Now Apple has produced a version of the high-powered tablet in a friendlier and more popular 9.7-inch size.

This smaller device packs just as big a punch as its larger cousin.

With the pro Retina Display, the new iPad Pro works with the Apple Pencil (an additional $165) so you can use it as a stylus and, more importantly, to write and draw on the screen. 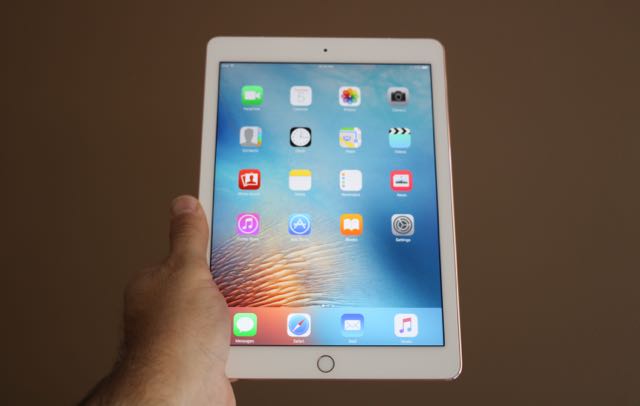 There’s also a new 256GB memory capacity available which brings it to the same level as some laptops.

This new iPad Pro has enough speed and performance to potentially replace your laptop.

For our review we used the iPad Pro 9.7-inch on the move as our go to laptop for a week. 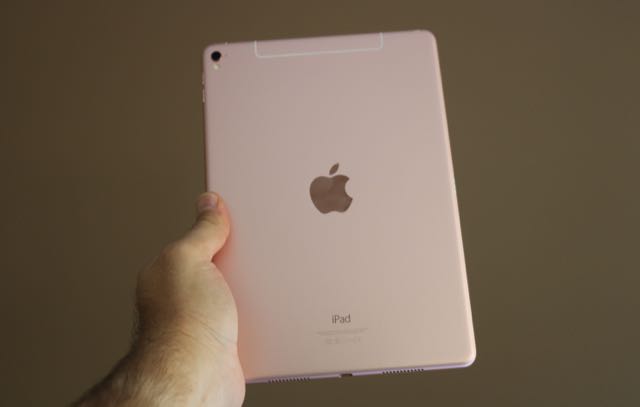 To do that we also used the smart keyboard cover accessory (an additional $229) so we had a physical keyboard for typing.

The 9.7-inch screen still offers plenty of room to do whatever you need to do even if you’re multitasking with the screen split in half and working on two apps at once. 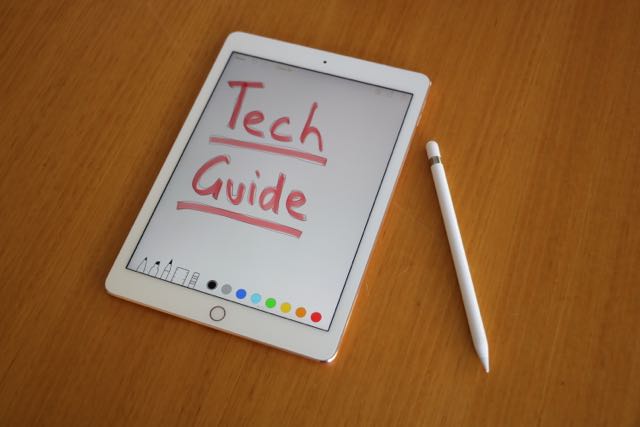 For me, where my most frequent activity is typing, the keyboard case got quite a workout. The smaller keyboard was comfortable to type on but obviously didn’t have the size of the 12.9-inch iPad Pro or my regular laptop.

But I didn’t slow me down – I was still able to get my work done and my stories written. 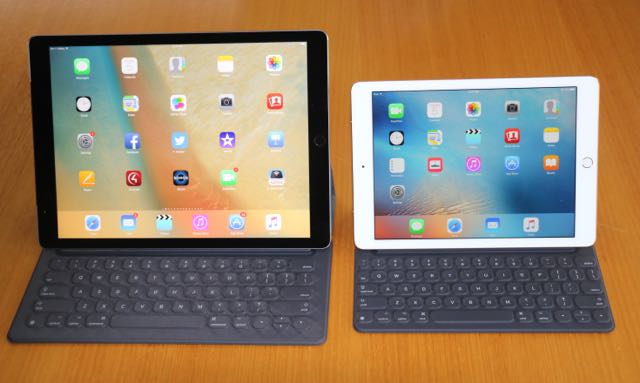 The iPad Pro is perfect for users who can take advantage of the pro Retina screen that means you can write and draw on the screen.

I did write on the screen when I was taking notes but designers and artists would be able to unleash their creativity with the Apple Pencil and iPad Pro anywhere.

The screen is the strength of the device – it is a brilliant canvas for creativity and productivity.

And the Apple Pencil is one of the best ways to draw and interact with a screen and offers possibilities that other screen pens just don’t have – like the ability to angle the Apple Pencil for shading, for example.

The 9.7-inch iPad Pro also has TrueTone display to adapt the screen to your lighting environment.

On the connectivity side, there are no USB ports of any kind so you’ve got the Lightning port and, of course, wireless connectivity – either wi-fi or 4G.

Our review 9.7-inch iPad Pro – which is in the new rose gold colour – was the wi-fi plus cellular model so having a 4G SIM card onboard meant we were able connect anywhere without having to carry around a 4G dongle like we do with our laptop.

But we did miss the convenience of a USB port to transfer data on and off the device. The solution was iCloud or any of the other cloud storage solutions.

I like to photograph my review products with a DSLR camera and then pop the memory card into my computer to transfer the images.

To do that with the iPad Pro I would need a Lightning to SD card reader which is an additional $45.

I didn’t have one of those so I had to transfer the images to my laptop – choose the pictures I wanted and then save them to iCloud.

Then I had to get back on to the iPad Pro and download them from iCloud.

Other people’s workflows could be more streamlined than that which would make the iPad Pro an even more favourable laptop replacement.

The onboard camera on the 9.7-inch iPad Pro is the same 12-megapixel on the iPhone 6S while the 12.9-inch iPad Pro’s rear camera is 8-megapixel. 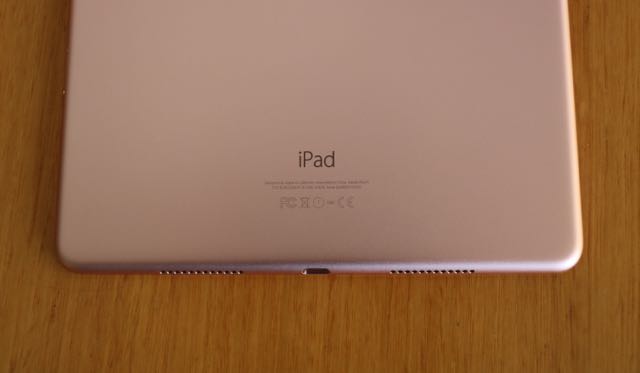 Other additional features in the newer 9.7-inch iPad Pro include Live Photos, Autofocus with Focus Pixels and a TrueTone flash.

And when you want to listen to some music or watch a movie the four onboard speakers are simply brilliant.

Forget pairing Bluetooth speakers to the iPad Pro – it can hold its own without any assistance. It’s also a lot louder than the iPad Air 2.

The four speakers also adapt to the way it has been positioned or the way you’re holding it to still deliver the true audio output. 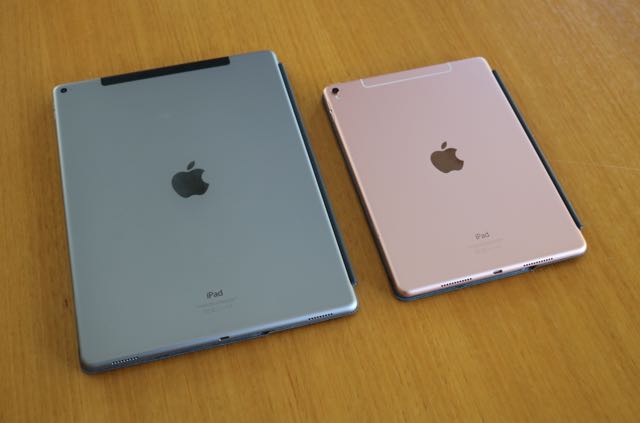 Another strength of the iPad Pro is the battery which simply went all day and also well into the next day with our normal use.

If you just wanted to watch videos for 10 hours straight – like on a long flight – then you’re easily covered.

The 9.7-inch iPad Pro is the most powerful tablet Apple has ever produced and it has the credentials to hold its own against many laptops.

For creativity and productivity on the go, the iPad Pro offers a lot more than any other tablet on the market.