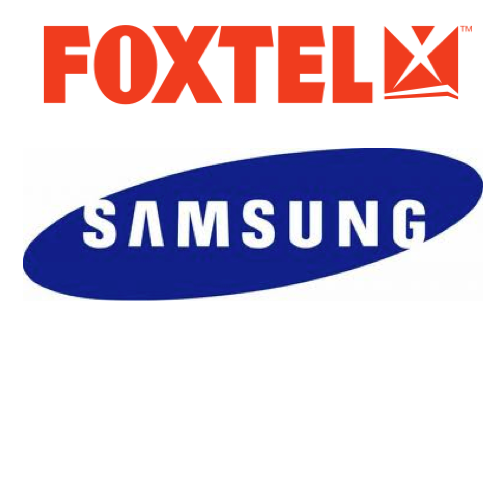 Samsung smart TV owners will be able to watch a package of Foxtel channels streamed directly to their screens from April, it was revealed to Tech Guide today.

There will be no need for a set top box or console to view the Foxtel channels which will be  accessed directly from the Samsung smart TV.

Samsung also said it would welcome the rumoured Apple smart TV into the marketplace and sees it “as a very positive thing.”

Samsung Australia director of audio visual Phil Newton said the addition of Foxtel will only strengthen the company’s content offerings which contributes a big part of the smart TV picture.

Samsung’s smart TVs will have a unified application that will give viewers access to a range of programs and services.

“The unified application will have your free to air TV, your Bigpond TV channels which are currently only available on T-Box, your VOD (video on demand) services – both our own 3D plus the others like Bigpond movies or Quikflix,” Newton said.

“And in April we’ll be adding selected Foxtel channels as well down the pipe and into our TV.”

The Foxtel channels will be streamed directly to the Samsung TV using the home’s internet connection.

Newton said the number of channels offered to Samsung smart TV users has yet to be finalised.

It is unknown whether viewers will be able to record the signal.

Foxtel channel packages are already available on other devices besides Foxtel’s own set top boxes through Telstra’s T-Box users as well as Xbox 360 console owners. These are both streaming packages which do not allow recording.

Foxtel and Telstra were contacted for comment but did not provide one.

Turning the subject to the prospect of competing against Apple in the TV market, Newton said he wasn’t fazed by it.

“I don’t think they’ve made up their mind whether they (Apple) are or they aren’t – if they have we don’t know – but irrespective whether they release or not doesn’t really bother us,” he said.

There is been a bitter rivalry in recent months between Apple and Samsung following a court battle between the two companies over Samsung’s Galaxy Tab 10.1 and its alleged patent infringements.

Apple court bid to ban the product in Australia failed when a judge overturned a temporary injunction in December.

“If they do go to market we see it as a very positive thing that will drive the awareness to that particular market space to learn and be educated more on what smart TVs are all about,” Newton said.

Apple changed the smartphone and tablet landscape when they introduced the iPhone and iPad respectively.

But Newton said it would be a completely different story if Apple introduced a smart TV.

“They had a headstart (with the iPhone and iPad) but it is completely opposite in this case,” he said.

“The technology that we bring to market in our TVs, particularly the smart TVs is all manufactured, all the components is made by ourselves.

“We don’t outsource that – it’s all in-house technology.

“If a major brand, whoever it is, comes along in the smart TV and wants to spruik it so much the better for us.”

Apple TV rumours have been gaining momentum in recent weeks and was even referred to as a dream product by late CEO and co-founder Steve Jobs in his biography written by Walter Isaacson.

Jobs said he dreamed of creating an “integrated television set that is completely easy to use”.

“It would be seamlessly synched with all of your devices and with iCloud. It will have the simplest user interface you could imagine. I finally cracked it,” Jobs said in his biography.

Samsung released a range new smart TVs at the Consumer Electronics Show  including a LED TV powered by a dual processor and micro-dimming technology and a 55-inch Super OLED TV which is just millimetres thick.

The 55-inch Super OLED TV – expected to be 40 to 50 per cent more expensive than a similar sized LED TV – will arrive in Australia in September.