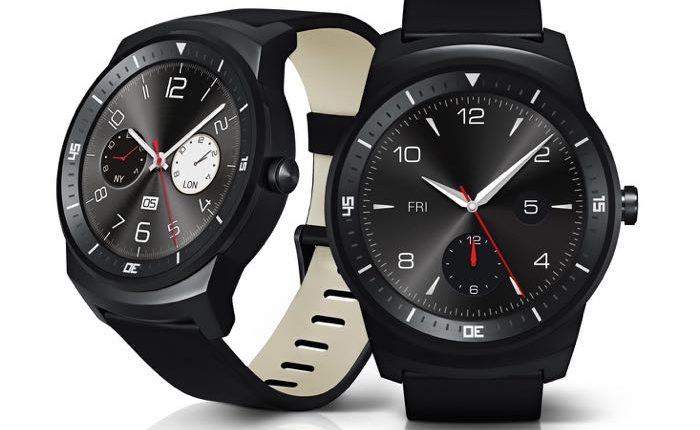 We’re up to Day 8 of the Tech Guide 12 Days of Christmas gift ideas and today’s product category is smartwatches.

If there were one segment that’s seen plenty of movement this year it would be smartwatches with major companies releasing devices this year.

Even Apple announced its own smartwatch but you won’t be able to buy it this Christmas. It’s due for release early in 2015 with many people predicting February as the likely release time.

Here is a full list of the Tech Guide 12 Days of Christmas gift ideas,

Today is Day 8 and we’re looking at smartwatches.

The biggest thing going for the LG watch R is the fact that it looks like a real watch.

It has a classic design and a stylish circular OLED screen that looks like real watch face as well as robust build quality that makes it water and dust resistant.

Under the hood the smartwatch is running the Android Wear operating system which links to your Android smartphone and can relay messages and calls to your wrist.

You can also receive navigation instructions and social media notifications on the device. Users can also talk to the device to make Google searches and find other information.

LG’s G Watch R is also a health and activity tracker to tally your daily steps and even measure your heart rate with the built-in sensor.

It also has a standard 22mm watchstrap so it can be customized with other straps to suit your style.

Samsung’s Gear S has the largest screen you’ll find on a smartwatch. It’s actually a curved Super AMOLED screen that follows the curve of your wrist.

This means you can fit in a lot more information on the screen and even have room for a keyboard.

Apart from the connectivity it offers from your Samsung smartphone, the device also has its own sim card so it can work independently from your mobile to make and receive calls and messages.

Samsung has also developed its own ecosystem of apps that can offer a variety of experiences.

On the fitness side the Gear S can also keep track of your activities and take your heart rate. It’s also waterproof to a depth of one metre for up to 30 minutes.

Sony’s SmartWatch 3 comes preloaded with Android Wear so it can naturally link to Sony’s excellent Xperia smartphones and any other Android device running version 4.3 of the operating system or higher.

It has a sleek design with a 1.6-inch display with a resolution of 320 x 320 and has an exchangeable wrist strap available in four colours – black, white, green and pink.

You can talk to the SWR50 to find information through Google as well as receive the latest notifications as well as all of the messages and calls you’re receiving.

There’s an onboard 4GB memory that you can fill with music to listen to while you’re exercising.

Speaking of exercising, the Sony Smartwatch 3 can also count your daily steps and sync with the Sony Lifelog app.

Motorola was one of the first companies to release a circular smartwatch to prove the point that the device could be both smart and stylish.

The Moto 360 offers the same quality and craftsmanship you’ll see on a good quality watch with a circular display that’s covered with Corning Gorilla Glass to prevent scratches.

With Android Wear onboard you can link with your Android smartphone to get all of the notifications your wrist.

And forget having to buy a separate activity band – the Moto 360 can calculate your daily steps and distance, calories burned as well as heart rate and heart activity.

The number of apps that work with Android Wear and the Moto 360 is growing with more released each week.

Google reveals its year in search – the moments that defined 2014