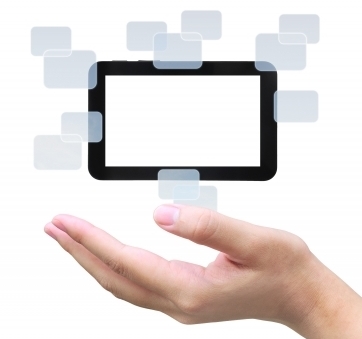 You’ve probably already got a smartphone but you may not know the product’s full capabilities. Here are 10 things you didn’t know your device could do.

One thing we have to remember is that smartphone in your pocket is actually a computer that can make and receive phone calls.

In fact the computer aboard the Lunar Module to land man on the moon had only a fraction of the computing power of today’s modern smartphone.

Forget reaching for the tape measure at home or wondering how tall a building or monument is. There are a number of apps that use the smartphone’s camera to calculate distance and height by taking the height angle of the lens and its tilt angle to give you the answers.

Instead of reaching for the remote control you can get your smartphone to control your TV, entertainment system and even the lights and appliances. Users can take control either using the wi-fi network in your home and an accessory or directly with built-in IR sensors in the latest Android smartphones (HTC One, LG G2, Samsung Galaxy S4).

The camera on your smartphone is an all-seeing feature that can be quite useful. Combining it with the onboard computing power, the smartphone’s camera can be a powerful scanner whether its to scan a barcode, scan a business card into your contact lists or scanning receipts for your records.

Yes it’s possible to start your car with your phone but first you need to install a Viper Module that can be professionally installed. Once that’s done you can not only start your car remotely – handy on a hot or cold day – but also find it with the GPS feature and enjoy keyless entry all through the Viper SmartStart app

Your smartphone can form a handy and powerful part of your tool kit thanks to the onboard accelerometer. One tool your smartphone can replicate is a spirit level to make sure you hang your pictures straight or complete your job accurately. It is built in as part of the iPhone’s iOS 7 operating system.

This is a surprising capability that utilises your smartphone’s accelerometer and compass. The simple theory behind it is that if there is metal nearby the magnetic field should increase. Handy if you lose your keys at the beach or need to locate electrical cables in a wall like a stud finder.

When some people get drunk they like to call people and tell them exactly what they think about them – good and bad. And the dialler often has no recollection of these calls until they are told the news while they’re dealing with their hangover. There are some apps that can block contacts to ensure you don’t drunk dial them.

The combination of a wi-fi or cellular network and your smartphone’s camera can turn your device into a streaming web camera for use as a security camera, baby monitor or a computer webcam.

Your smartphone can make it easy to visualise what your room can look like if you moved the furniture using design tools and augmented reality. It’s also possible for you to see what that couch you’ve got your eye on will look on your lounge room with your smartphone.

Spotify is now free on smartphones and tablets