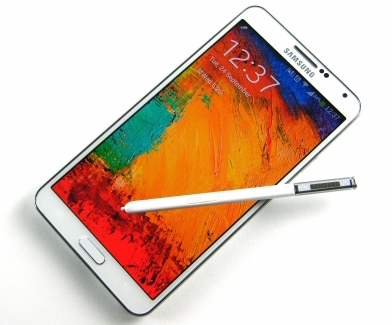 Samsung is dropping some pretty big hints about the new Galaxy Note 4 smartphone/tablet which looks like being unveiled on September 3.

The invite for its Unpacked event – scheduled for the eve of IFA – the annual consumer electronics trade show in Berlin – asks the press to “note” the date below a drawing of the Galaxy Note’s Air Command wheel.

The Galaxy Note 3 was launched before IFA in Berlin last year along with Samsung’s very first smartwatch – the Galaxy Gear.

This year the rumours around the Galaxy Note 4 have been swirling for some time.

The device reportedly will have a 5.9-inch quad HD Super AMOLED screen with some speculating that screen might also be curved.

On the camera side, pundits are predicting a 16-megapixel shooter while under the bonnet we’ll probably see an octa-core processor.

Samsung might even throw in the fingerprint reader and heart rate monitor which was introduced with the Galaxy S5.

All will be revealed on September 3 in Berlin – just a matter of days before Apple’s expected event to launch the iPhone 6 on September 9.