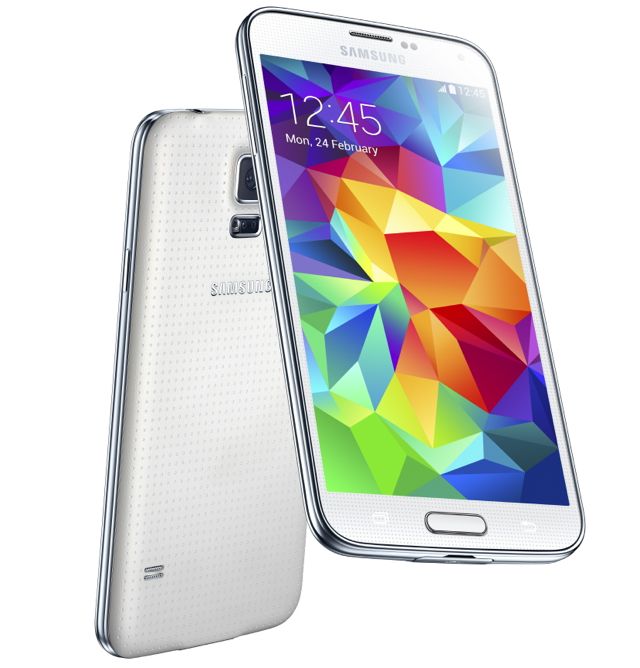 Samsung Galaxy S5 smartphone to go on sale on April 11

Pre-orders for the Galaxy S5 are being taken from today for those who want to ensure they get a device on release day.

Officially unveiled at the Mobile World Congress in Barcelona last month, the Galaxy S5 boasts a host of new features including a fingerprint sensor under the home button, fitness apps, heart-rate monitor and an ultra battery saving mode.

And it’s waterproof and dustproof with an IP67 rating so the Galaxy S5 can handle all conditions and accidents.

The device has a 5.1-inch screen and a 16-megapixel camera along with a 2.5Ghz quad core processor and is powered by the new Android Kit Kat 4.4.2 operating system.

The fingerprint reader can register up to three fingerprints and has already been confirmed to work with PayPal to authorise online payments.

Samsung will also release the Gear 2, the Gear 2 Neo and the Gear Fit at the same time as the Galaxy S5.

The Gear 2 and Gear 2 Neo are smartwatches that are designed to enhance the users experience of the Galaxy S5 with notifications and functions which can be conveniently delivered to your wrist.

It has a 1.63-inch Super AMOLED screen and an incorporated 2-megapixel camera. It is also waterproof and dustproof with an IP67 rating.

The Gear Fit is a fitness band with a 1.84-inch curved Super AMOLED screen that can keep track of your activities as well as relay smartphone notifications.

The Samsung Galaxy S5 will be available for outright purchase at $929 but will also be available on a plan through Telstra, Optus, Vodafone and Virgin Mobile.

Tune in to the global edition of Two Blokes Talking Tech