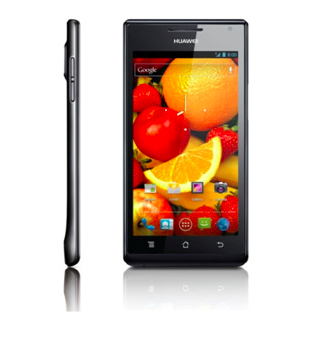 Huawei has taken on the biggest companies in the world by releasing the world’s slimmest smartphone which measures just 6.68mm thick.

The device is also one of the fastest on the smartphone market with a dual core 1.5Ghz processor.

Unveiled at the Consumer Electronics Show, the Huawei Ascend P1 S has an 8 megapixel rear camera which can capture full high definition 1080p videos along with a 1.3 megapixel front-facing camera.

Huawei also unveiled was the Ascend P1 which has most of the same features as the Ascend P1 S but is slightly thicker at 7.69mm which still places it among the most slender handsets on the market.

Both the Ascend P1 and the P1 S will be running the Android operating system and will be available in metallic black, ceramic white and cherry blossom pink.

The Huawei Ascend P1 S and Ascene P1 will be available in April.