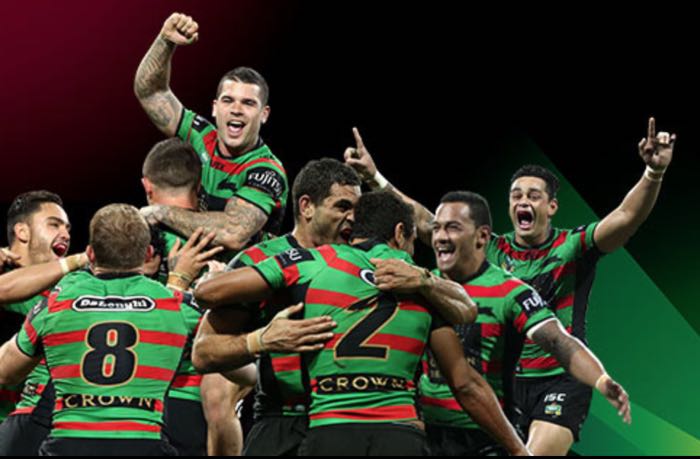 Twitter lit up last night before, during and after the NRL decider.

South Sydney defeated the Bulldogs to claim its first premiership victory since 1971.

If you weren’t live at ANZ Stadium or watching on live TV, you could have easily tracked the game through the thousands of tweets being shared.

The most tweeted moments were:

The most mentioned players were:

The most used hashtags were:

South Sydney even won the hashtag battle over the Bulldogs:

Twitter Australia’s head of sports Jonathan Simpson said the NRL Grand Final was one of the biggest nights on the social media platform.

“TV and Twitter go hand in hand and live sport on TV always goes off,” he said.

“She had a photo with Greg Inglis and the premiership trophy and she said “what a night – this is the best sporting moment of my life”.

“Seeing Cathy Freeman tweet that after winning an Olympic gold medal – that shows how amazing the NRL Grand Final was.

“We often say about Twitter – it connects fans to the inner sanctum – making them feel closer to their team.”