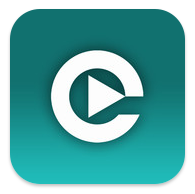 ABC’s popular iView app is now available on the iPhone with users able to stream programs on the go across the 3G network.

The iView app is already available on the iPad and across the latest smart TVs and now becomes a truly portable solution with the launch of the iPhone version.

Users can stream live content from ABC News 24 either via wi-fi or on 3G as well as catch-up on other ABC programs.

The iView iPhone and iPad app will also allows viewers to start a program on one iOS device and resume watching it another.

For example, if a viewer is watching a show on ABC’s iView on their iPad, they can pick up right where they left off on their morning commute on their iPhone.

The app also takes advantage of iCloud connectivity so a user’s watchlist is synced across your iPhone, iPad and iPod Touch.

“At the ABC, our focus is always on creating and curating quality programs and delivery methods that are in tune with the media habits of contemporary Australia,” said Arul Baskaran, ABC TV’s controller of multi-platform.

“As a public broadcaster we are committed to making our content easily accessible on multiple platforms, and by extending ABC iView to iPhone, with watching over Wi-Fi and 3G, we’re reaching millions of Australians on millions of mobile devices.”

ABC’s iView is used on average 3.3 million times a month which is a 22 per cent increase on last year.