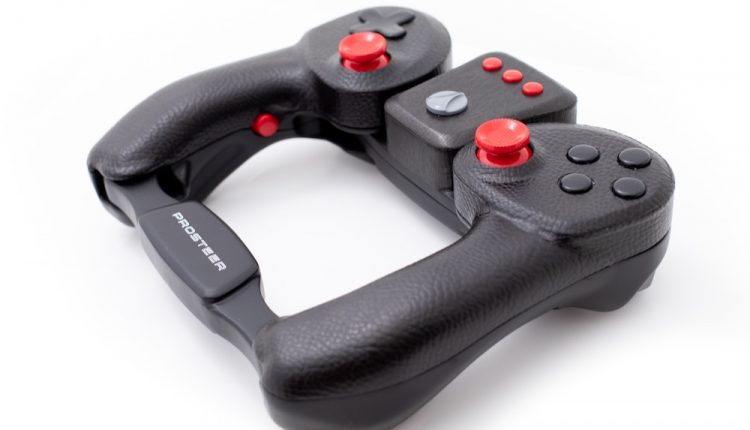 A Brisbane start-up which developed the world’s first handheld steering controller is on course to become the first Australian company with an approved “Made for Xbox” product that fills a major gap in the lucrative gaming market.

BoxDark founder Phil Croft created the ground-breaking ProSteer controller in the garage of his home in the Brisbane suburb of Parkinson.

ProSteer is the world’s first handheld steering controller that offers a realistic, responsive and smooth driving experience which is a fraction of the price of a full racing wheel set up. 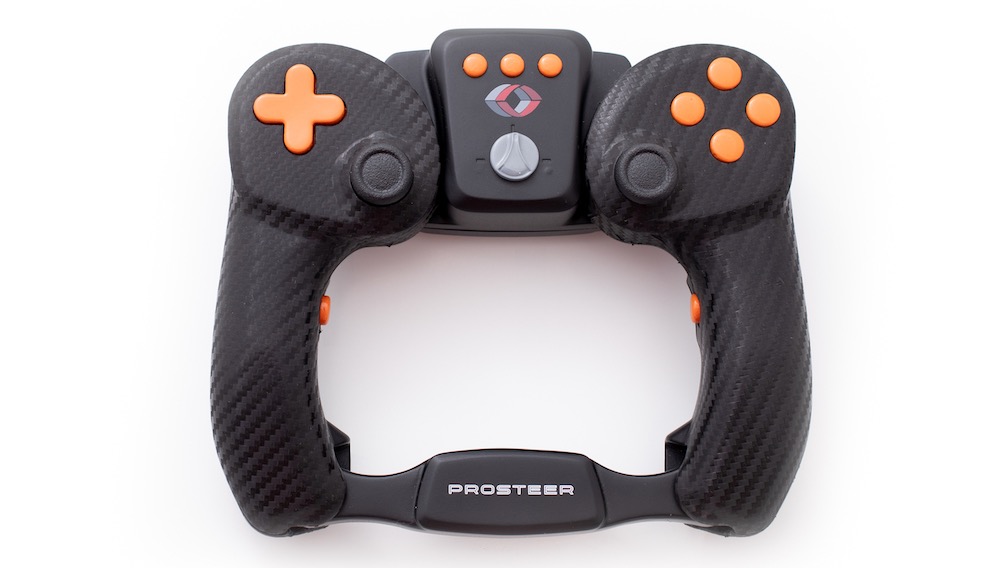 The company closed their deal with Microsoft last week which will put the product in full view of the more than 130 million active Xbox users worldwide.

And it also presents an opportunity to reach a further 875 million gamers on the PlayStation, Nintendo and PC platforms.

The ProSteer prototypes have been endorsed by industry giants and gaming enthusiasts as it offers 80-degree steering control compared with the 22 degree control and inferior experience of standard gamepads.

ProSteer is expected to be available for sale in less than 12 months after BoxDark announced a new funding round to complete the development and secure further partnerships.

Developer Croft grew up as an avid gamer but credits his inspiration for the ProSteer to his passion for motor racing and a fascination for mechanics.

The controller can be used for driving games, shooters and regular games and has a swivel system to simulate the movement of a steering wheel plus a range of buttons within easy reach of all of the player’s fingers.

“This started out because I recognised the need for better accuracy and control for experienced gamers and easier handling for beginners,” Croft said.

“In the end, it took a global effort spanning Silicon Valley, Europe and Asia, along with the steadfast support of BoxDark Co-Founders Fred Ottosson and Nigel Cushing to reach the point where we have a partnership with Microsoft.”

“There’s a huge gap in the gaming market and I’m very proud of our technical development team’s achievements in combining mechanics with electronics and bringing everything together in one simple, robust unit.”

During the COVID pandemic, the gaming industry surged by 41 per cent.

The gaming peripherals market alone is worth more than $US4.1bn.

“Despite more than 20 years of console gaming and hundreds of millions of driving game sales, most users still have to default to the standard underperforming gamepad when they play,” Croft says.

Current handheld wheels use an accelerometer and motion sensors which don’t provide a realistic steering simulation.

The patented ProSteer controllers uses a multi-single axis control (M-SAC) and uses HID protocol to communicate with the PC or Android devices.

ProSteer has a three hour battery life and had the potential to re-invent gaming control input.

ProSteer test driver Caleb Shepherd said the controller was super accurate and allowed him to combine complex braking and steering.

“It is especially good when racing as you can out manoeuvre other cars on almost any part of the track. Brilliant fun and fast laps,” he said.

The next round of BoxDark funding will enable a partnership with QUT’s respected e-sports team, commercialisation via the Microsoft Partnership Development Program and production of the first 10,000 units.