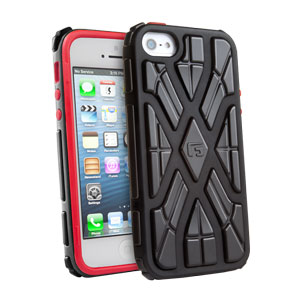 G-Form, known for its remarkably tough iPad and laptop cases, has released an iPhone 5 case and tested it by dropping it more than 30km from the edge of space.

The iPhone 5 case is part of G-Form’s new Xtreme range of protective cases which are made of the patented RPT (reactive protection technology).

RPT is a composite three-layer blend of proprietary G-Form materials that instantly stiffens on impact to absorb more than 90 per cent of the energy.

This has been demonstrated in dramatic fashion with an iPhone 5 enclosed in the G-Form Xtreme case sent up from the Nevada Desert attached to a balloon to a height of 100,000 feet or 30.5km in the air.

It fell to the ground more than 67km from where it was launched and took one hour and 45 minutes from take off to landing.

Incredibly the iPhone 5 within the G-Form case was unscathed and still operating normally when it was tracked down in the desert near Area 51 using a GPS device.

G-Form’s new product line will include cases for the iPhone 4/4S, iPhone 5, iPad, iPod Touch and Samsung Galaxy S III and will go on display for the first time at the International Consumer Electronics Show in Las Vegas next week.

Tech Guide was given a personal demonstration of the G-Form technology at CES last year as can be seen with the video below.