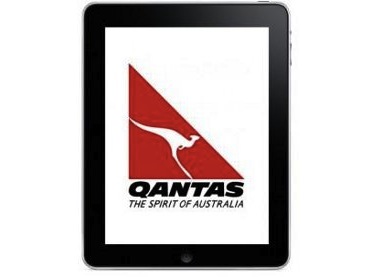 Qantas will introduce its QStreaming service to allow passengers to access entertainment wirelessly on their iPads across its B767 fleet.

This move follows the successful trial held earlier this year where customers in every seat enjoyed in-flight entertainment on demand streaming to their iPad.

Qantas will partner with Panasonic to use its eXW solution to provide more than 200 hours of on-demand content which will be accessible on iPads for business and economy passengers.

QStreaming will be available free of charge to all passengers across the B767 fleet.

The first B767 aircraft to offer this service will operate east coast routes and also flights to Perth starting in the fourth quarter of 2012.

This move by Qantas to include iPads into its QStreaming entertainment offering follows the program by the airline to deploy more than 2000 iPads to its pilots to improve communication and access to data like flight plans and technical manuals.

The 64GB iPads with 3G are hoped to save Qantas more than $1.5m annually because of reduced printing and distribution costs.

Qantas pilots will start receiving their iPads from September with the first to be distributed to 737 flight crews followed by B767, B747 and Airbus A380 and S330 pilots.

Another app developed by Boeing will also replace traditional navigation charts and make them easier to keep them all up to date.