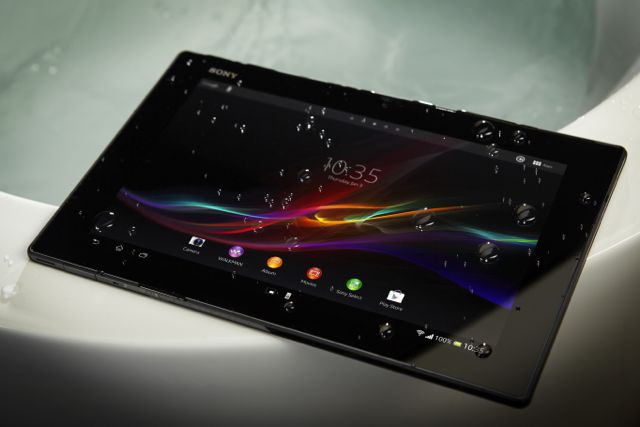 Sony’s new Xperia Tablet Z, which has same durable and waterproof features of the Xperia Z smartphone, is now available for pre-order ahead of a June 6 release.

The Xperia Tablet Z is the world’s thinnest and lightest 10-inch tablet and is powered by the Mobile Bravia Engine for enhanced colour reproduction on the full high definition 1920 x 1200 resolution screen.

It is powered by a Qualcomm Snapdragon quad-core 1.5Ghz processor and has a microSD card slot to expand the memory along with a 2.2-megapixel front camera and an 8.1-megapixel rear camera.

The Xperia Tablet Z can be pre-ordered from here and will come in three options:

Sony will also be offering a limited edition One Touch collection which includes the Xperia Tablet Z, the Xperia Z smartphone and the MDR1 One-Touch NFC enabled headphones.

There are only 50 of these sets available and each will be personalised to the owner after purchase. They are priced at $1499 and can be pre-ordered from www.sony.com.au/first50 from 10am on May 13.