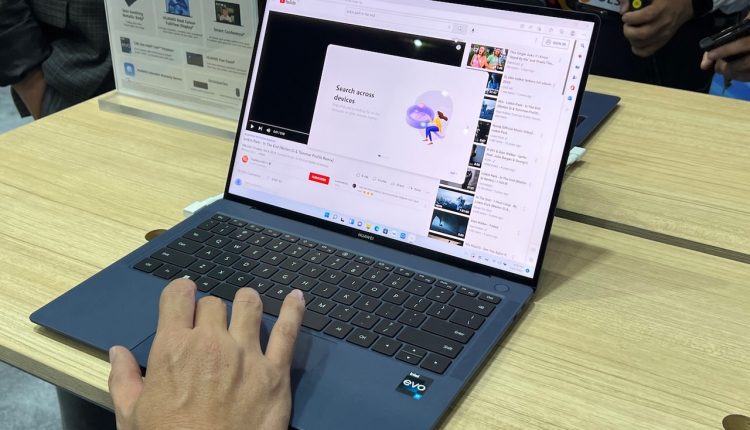 One of the standout products at the Huawei Smart Office launch this week was the MateBook X Pro – a cutting edge new laptop that offers not only a slick design and performance – but several unique features as well.

Huawei is not usually front of mind when customers think of laptops, but the company has made significant inroads in recent years with excellent design and the addition of sensible features that a customer can really use. 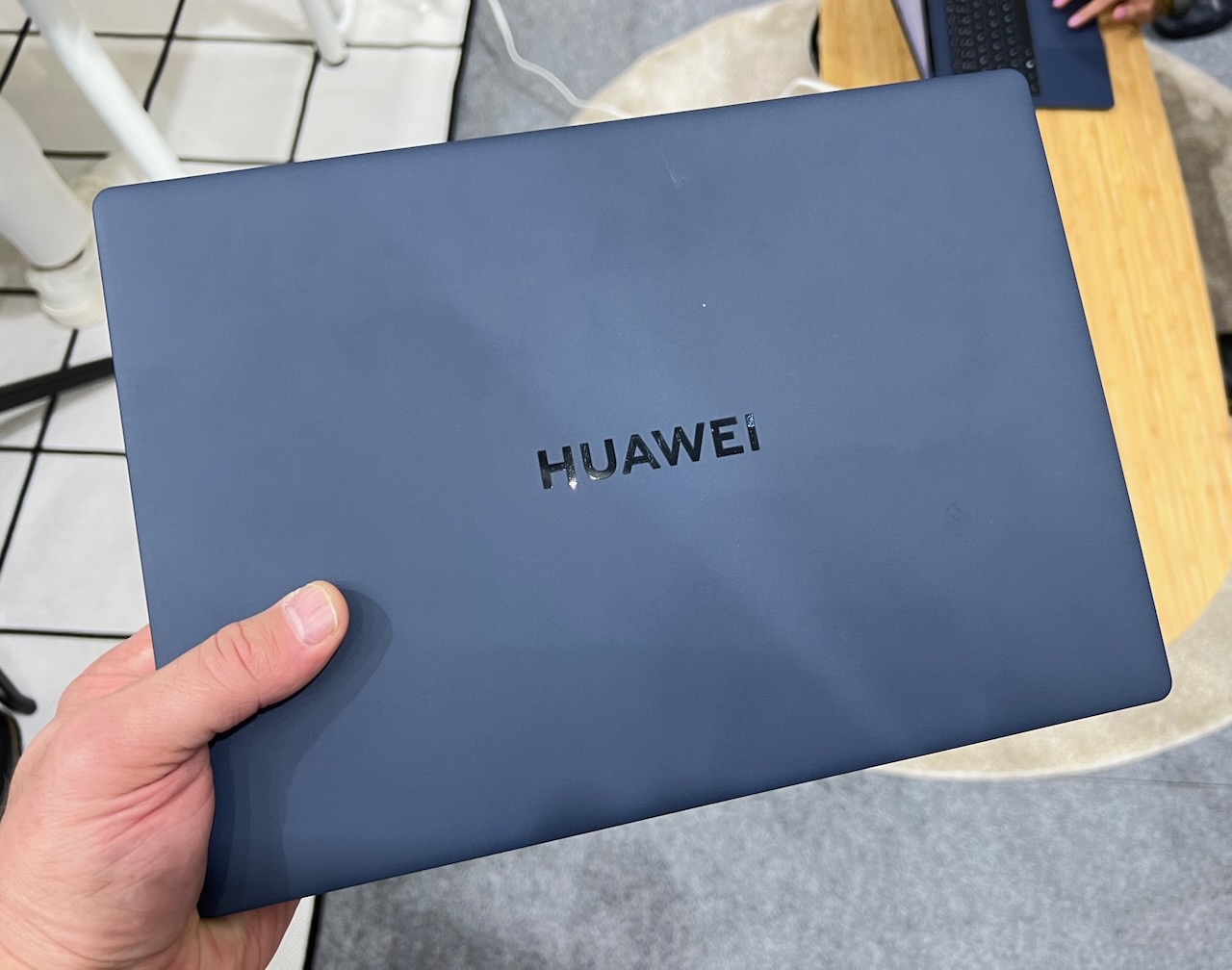 We’ve be writing about and reviewing Huawei’s laptops over the years, and they are playing in the same ballpark as other Windows laptops from Lenovo, HP, Dell, ASUS and Acer in terms of design, performance, features and value.

Tech Guide took a hands-on look at the Huawei MateBook X Pro at the launch event in Bangkok.

From the first time you touch it feel a little different. It has a soft touch despite being made from magnesium alloy rather than the traditional anodised aluminium. 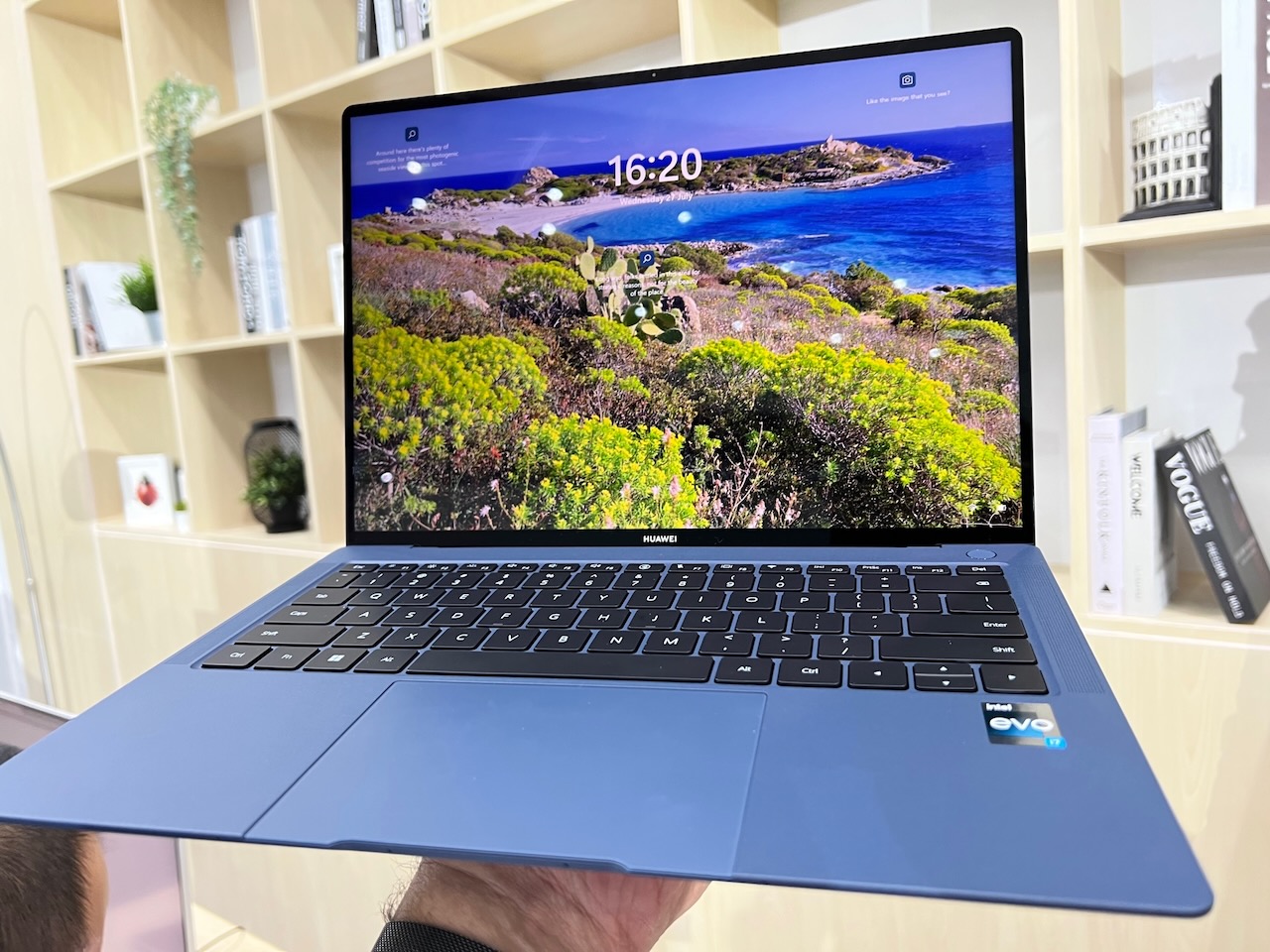 Huawei calls this “skin soothing” material which is achieved with a special polymer to give it that soft feel.

At the launch event the only colour we saw was ink blue, but Huawei says the MateBook X Pro will also be available in white.

It weighs just 1.26kg and has a 14.2-inch display with 92.5 per cent screen-to-body ratio thanks to the super thin bezels.

The screen has a 3120 x 2080 resolution and 264ppi (pixels per inch) so photos and video and all your document are razor sharp. 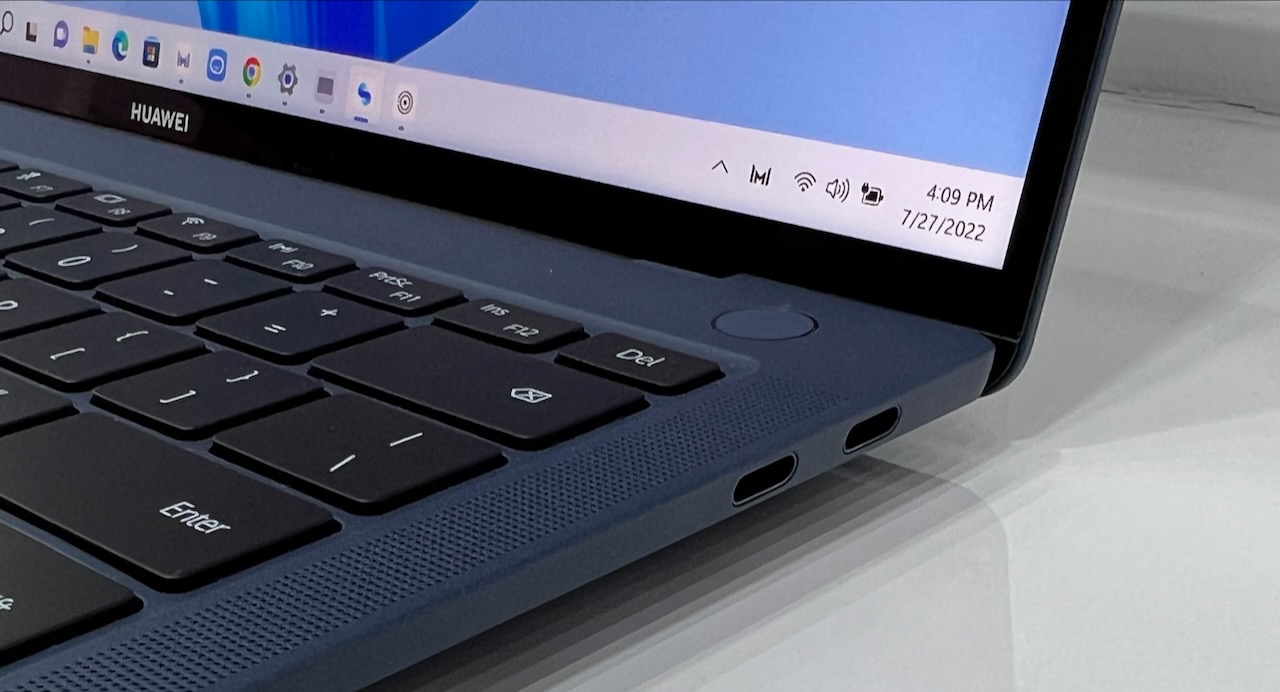 And with a 90Hz refresh rate, videos look slick and smooth.

The Real Colour FullView 3.1K Display is also the world’s first to have Eye Comfort 3.0 certification by TUV Rheinland.

And the Nano Optical AR layer radically reduces reflections by up to an impressive 60 per cent so you can clearly see the screen anywhere, inside and out.

The Huawei MateBook X Pro is powered by the 12th Gen Intel Core processor and has the Huawei Shark Fin Fan Cooling system which offers 30W of smart thermal control. 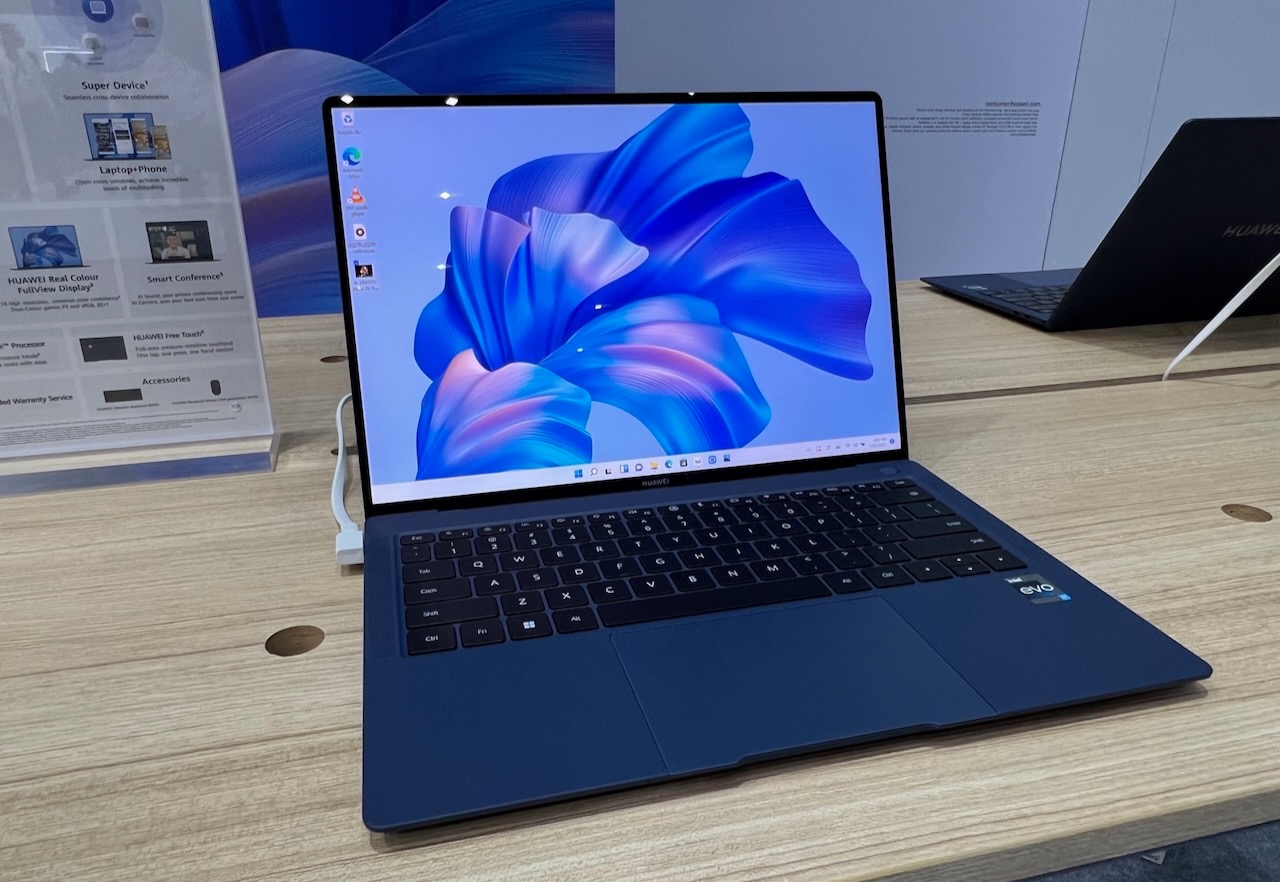 The Huawei MateBook X Pro also introduced Super Turbo – which optimised performance by bring the software and hardware together in a way that offers not only high speeds and smoother operation but also power efficiency.

So things like video rendering, code compilation and GPU usage during a video call are improved by 34 per cent, 20 per cent and 50 per cent respectively compared to the previous model. 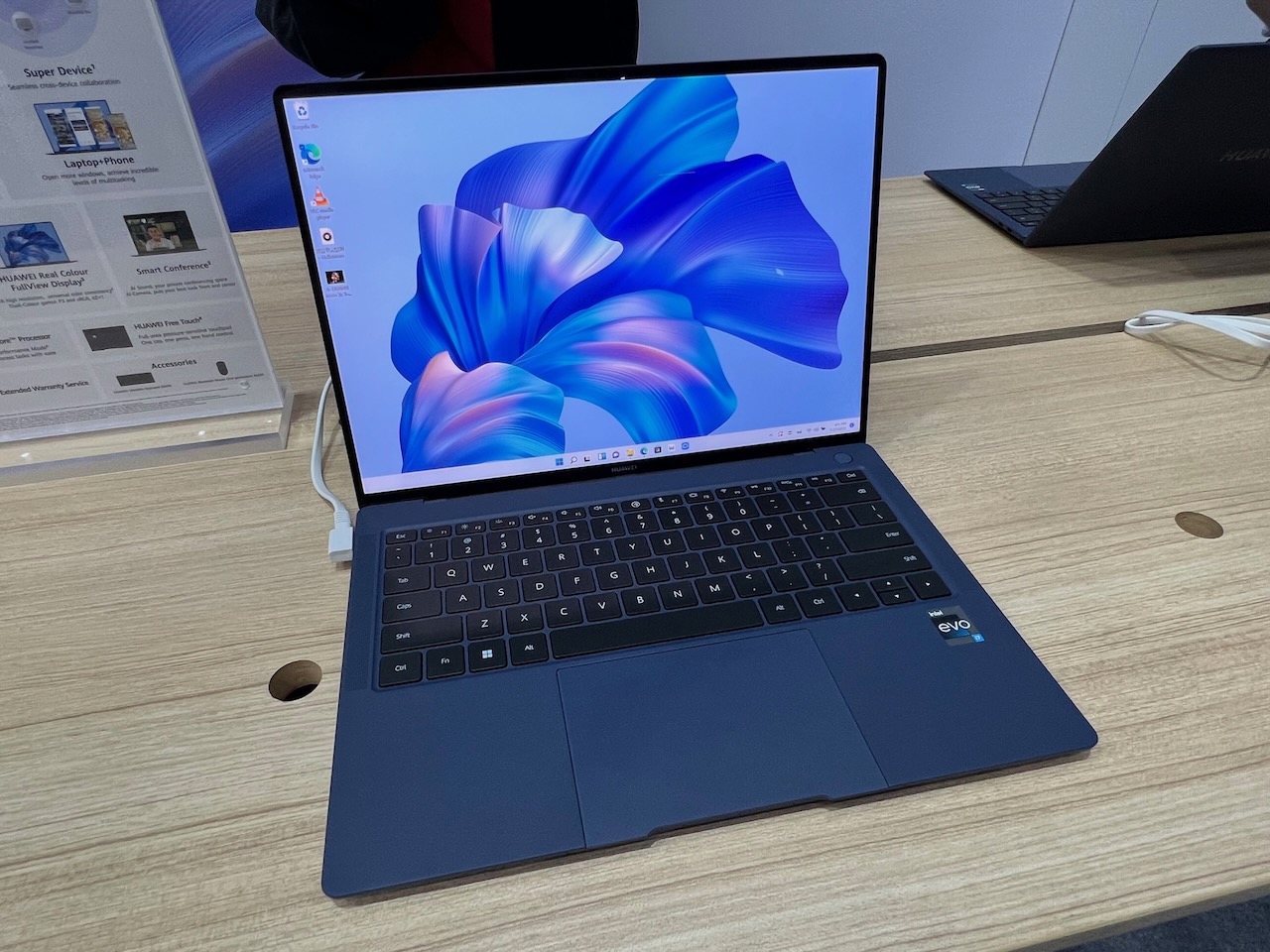 One of our favourite new features is Smart Interactions which makes use of the touchpad to adjust settings and perform simple tasks.

For example, if you swipe the upper edge you can forward through a video, swipe up the right edge to increase volume, swipe on the left edge to adjust screen brightness, knock the touchpad with your knuckle to take a screen shot and press the upper left corner to close a window. 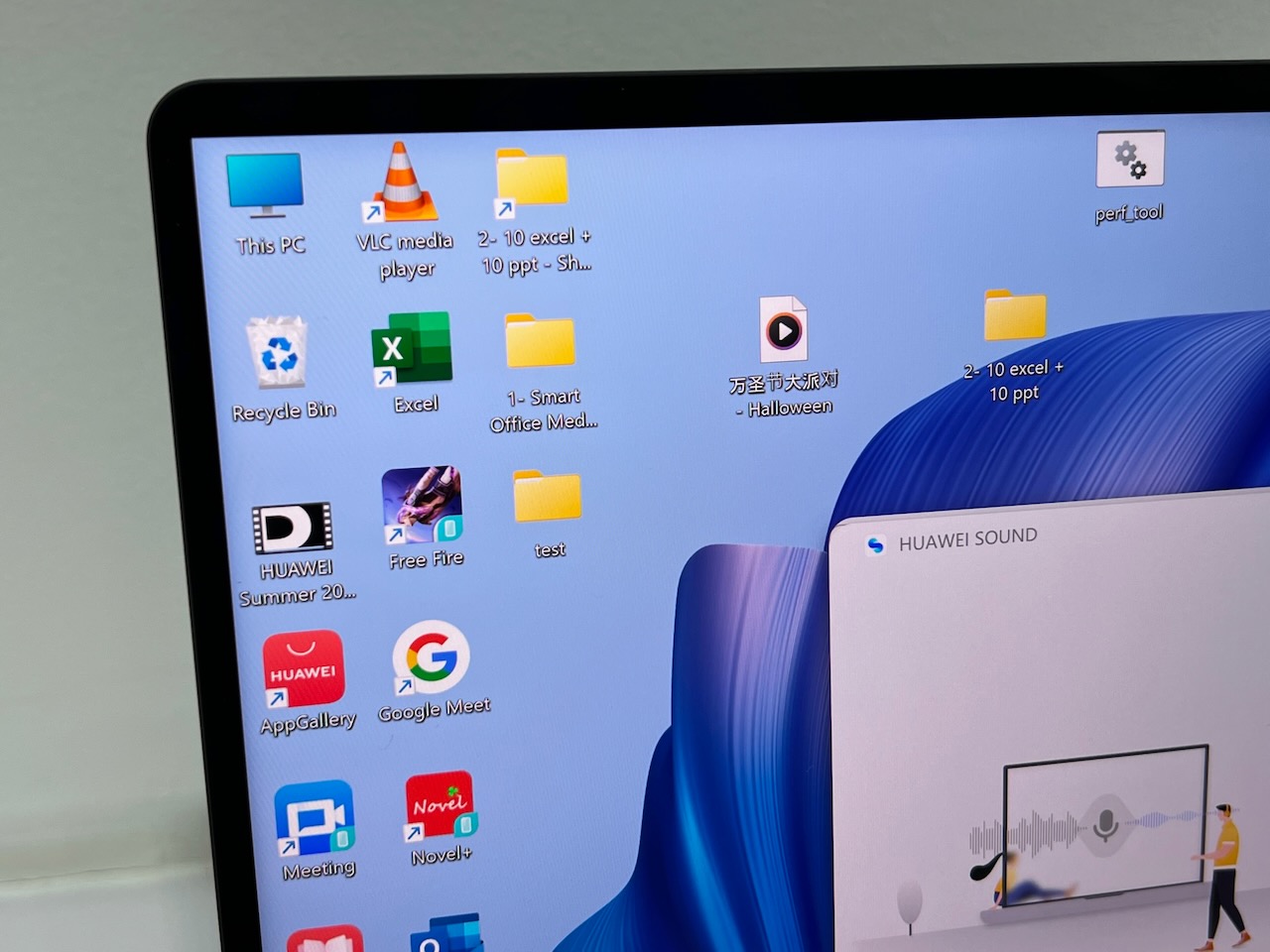 And there are also AI gestures so you can swipe your hand up and down in mid-air to move through the pages of a document, swipe left and right to fast forward a video and air press with your hand to play and pause a video.

With all the remote conferencing we’re doing nowadays, the MateBook X Pro can be used to give a presentation with four microphones placed on the front edge so you can be clearly heard if you’re up to 5m away from the computer. 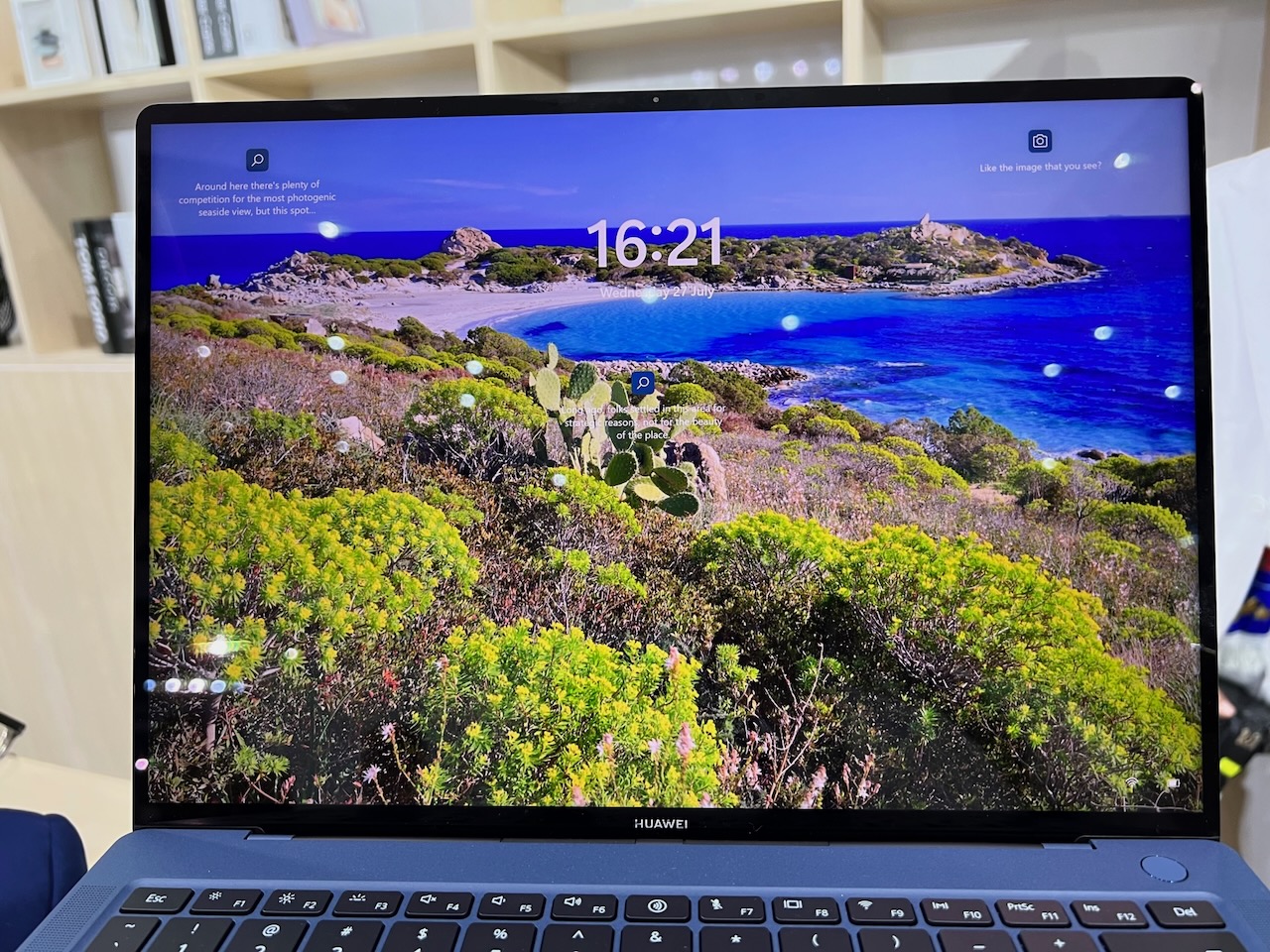 The AI camera also has face tracking, so you are always positioned in the centre of the screen.

Speaking of audio, there are six speakers onboard which offer excellent sound when watching a movie or listening to music.

The Huawei MateBook X Pro will be available in Australia in the coming months.

Stay tuned for a complete review on Tech Guide when the Huawei MateBook X Pro is released.

* Stephen Fenech travelled to Bangkok as a guest of Huawei

First look at the Backbone One PlayStation Edition